Today’s preview from GWI’s Trends 2016 report looks at why the m-commerce revolution hasn’t quite taken off in the way that many expected – something which is a bit puzzling when you consider that 8 in 10 internet users now personally own a smartphone.

More than anything, this is a story that differs by category. Young mobile users are more likely to turn to their smartphones to investigate low or medium value items – e.g. mobiles, clothes, groceries and perfume. In contrast, PCs/laptops remain favored for bigger-ticket or more complex purchases like cars and insurance. But ask the same demographic about which devices they would use to purchase, rather than research, these items and a rather different picture emerges. Now, PCs/laptops are in the lead across all categories.

Clearly, that means it’s small/low-value categories which are going to lead the charge towards m-commerce finally breaking into the mainstream, and it’s in this context that we should be monitoring the progress of services like Google Wallet, Samsung Pay and Apple Pay – all of which should help to “normalize” the idea of m-commerce and small mobile payments.

A promising sign here is that engagement and interest levels among key target groups are pretty high. If we take iPhone 6 or Apple Watch users in the UK and USA, for example, it’s already 4 in 10 who say they’ve used Apple Pay. A further 3 in 10 say they are interested in doing this in the future. So, with nearly a fifth of online adults globally having an iPhone and almost a third having a Samsung, it’s clear just how much potential there is for lower-end m-commerce activities to (finally) enter the mainstream over the next 12 months. Just as 2014-2015 saw us looking at mobile messaging services to see which name would become the leading player, so 2016 is the year to watch which name(s) manage to become the dominant players in mobile payments. 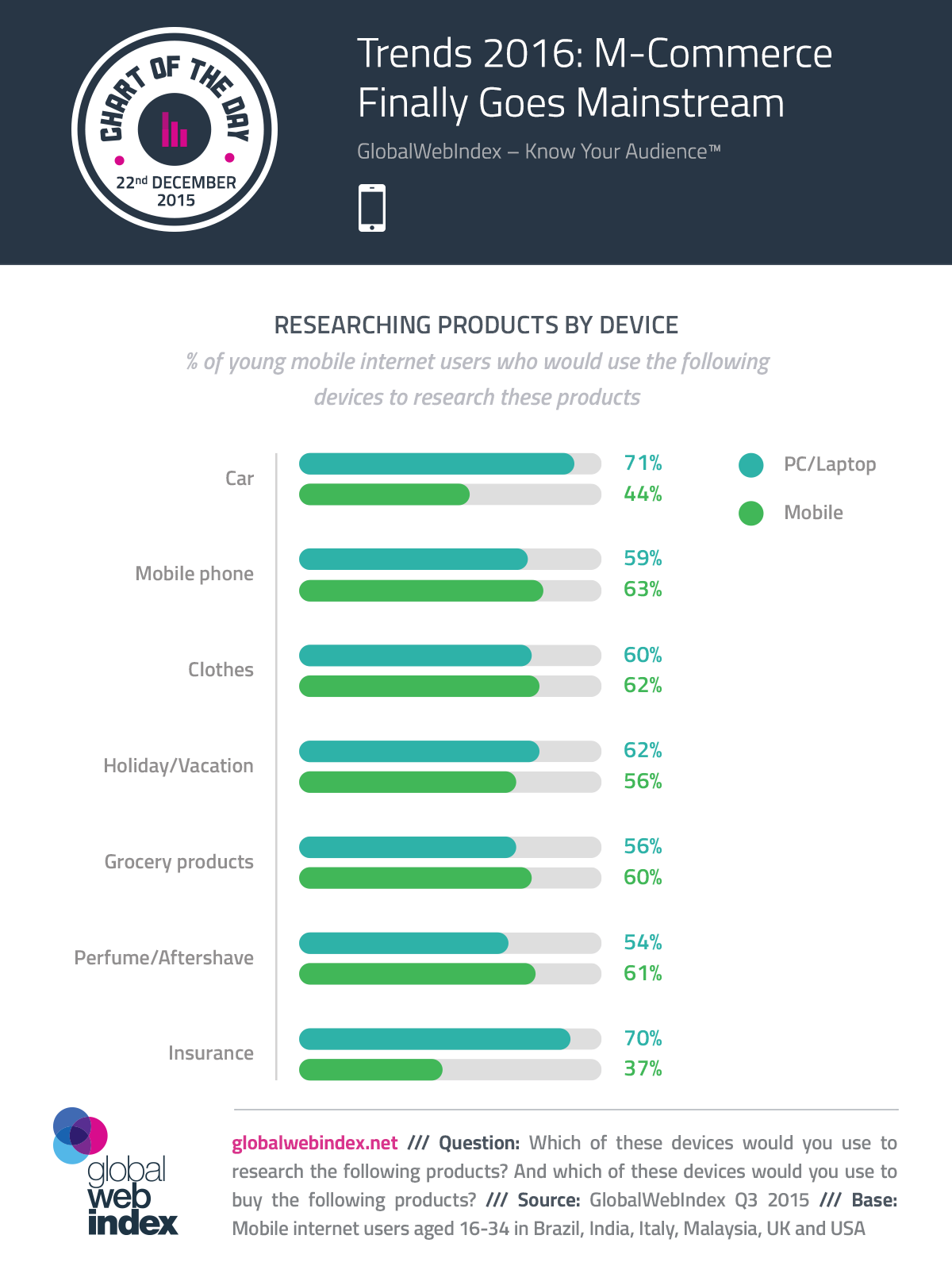