Today’s preview of our Trends for 2016 report looks at why voice search will be so important in the coming years.

For most consumers, voice-powered search tools on mobile are yet to make a big impact; according to GWI’s global data from our 34 markets, less than a fifth of online adults are regularly using them, putting them some distance behind traditional search engines.

However, there’s a pronounced appetite for voice search among younger demographics – the segment that would be most important for Facebook to engage with its new M offering. Among mobile users aged 16-34, just 13% say they haven’t used voice search on their smartphone. Moreover, almost 50% say they are using this feature more frequently than they were a year ago, with another 30% reporting no change in their usage. So, once younger age groups begin using voice search on mobile, they’re highly likely to continue engaging with it.

Facebook has a particular advantage here; it doesn’t have to rely on previous search histories to know what the user’s potential interests or queries could be. Instead, it can instead draw on the rich behavioral data gleaned through their usage of Facebook itself – meaning it can carry out effective voice searches inside an app which they already use heavily.

In fact, Facebook’s M is very much in line with how search tools are set to involve, becoming more intuitive and responsive at the same time as becoming less reliant on AdWords (which have been the powerhouse behind Google search behaviors to date). So, as Messenger continues its rapid evolution from a simple messaging app into a fully-fledged platform in its own right, it’s not hard to see why we could all be talking a lot more about – and to – M.

Our Trends 16 report is now available to download, perfect for catching up on last year’s big stories and insight on the trends to watch for in 2016. 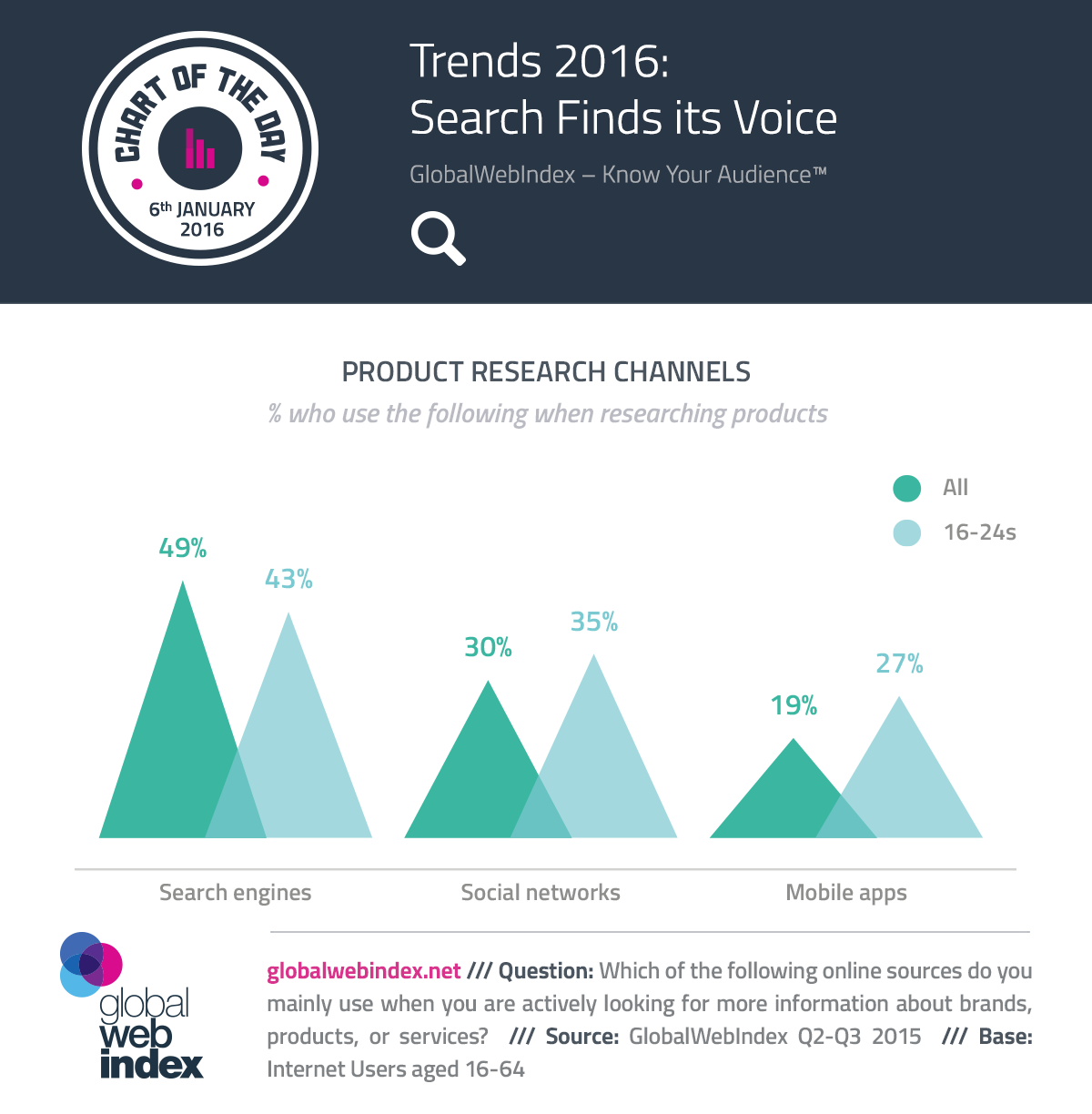