Trends 2016: Waiting for the Wearable Revolution

Today’s preview of GWI’s Trends 2016 report looks at prospects for wearable tech in the year ahead.

Globally, it’s now almost 10% who say they have a smartwatch. However, ownership is lower in many key developed markets like the UK (4%), Australia (6%), Canada (4%) and Japan (2%). That means the global figure is being driven largely by higher ownership rates in many Asian markets – with names like Hong Kong, Singapore, China and India all posting numbers of 10%+. That their internet populations tend to be young is one reason for this, but so is the fact that the smartwatch market in APAC has been flooded by low-end options which cost as little as 20 USD. Look at a site like Taobao and it has a huge range of smartwatches available at all sorts of price-points.

Despite being available for some time now, premium smartwatches from brands like Apple or Samsung are yet to find the same level of uptake. Demographics are key to this; while younger age groups are in the lead for smartwatches, the strongest figures of all seen for 25-34s (a group with a developed interest in tech as well as the disposal income necessary to make purchases). In contrast, 16-24s might be at the absolute forefront of smartphone usage but many outside of APAC are finding themselves priced out of the smartwatch market. And while 45-64s were key to pushing tablets into the mainstream, they lag behind considerably when it comes to smartwatches.

So, with 16-24s remaining wedded to their smartphones and the 45+ group simply not yet interested in smartwatches, wearables face a real challenge. Yes, we’ll see the ownership figures rise in the year ahead, especially as a new Apple Watch arrives. But until they start doing lots of things in superior and more cost-effective ways to smartphones, they will struggle to move beyond their niche status. 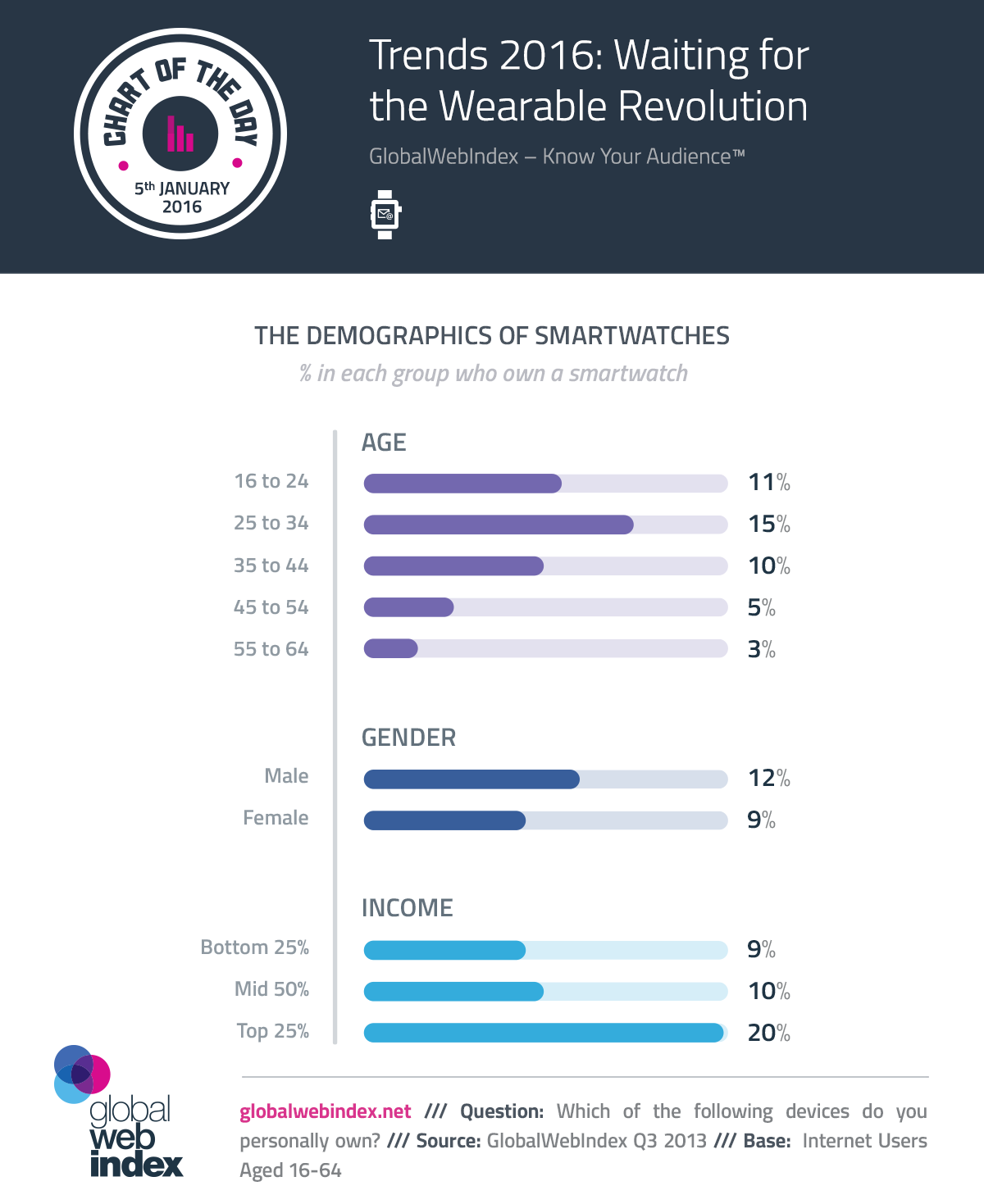