Tumblr and Pinterest are the fastest growing social platforms

This week marks the release of our new GWI Social report (you can download a free summary here). The chart below takes a look at growth rates of the world’s biggest social platforms during the last six months.

By comparing changes in the number of active users from Q1 to Q3 2014, it is Tumblr (+120%), Pinterest (+111%) and Instagram (+64%) which are currently the fastest growing platforms outside of China – a trend which reflects the move towards multi-networking, where users maintain accounts on a wide range of services.

Significantly, though, all eight of the top networks enjoyed rises over the period in question. This marks a change from previous quarters, where names like Facebook, Twitter and Google+ had been seeing small declines. The biggest driver of this change in momentum was the World Cup which took place during late Q2 and Q3 and became a major online talking (and sharing) point.

As a result, we saw a 14% decrease in the numbers saying they hadn’t used any of the 35+ networks tracked by GWI during the last month, as well as a 26% drop in those who said they hadn’t actively used any social platform. Whether this can be sustained in the next quarter will be a key metric to watch, especially with messaging apps continuing to capture so much of the direct communication that used to take place on social networks proper. 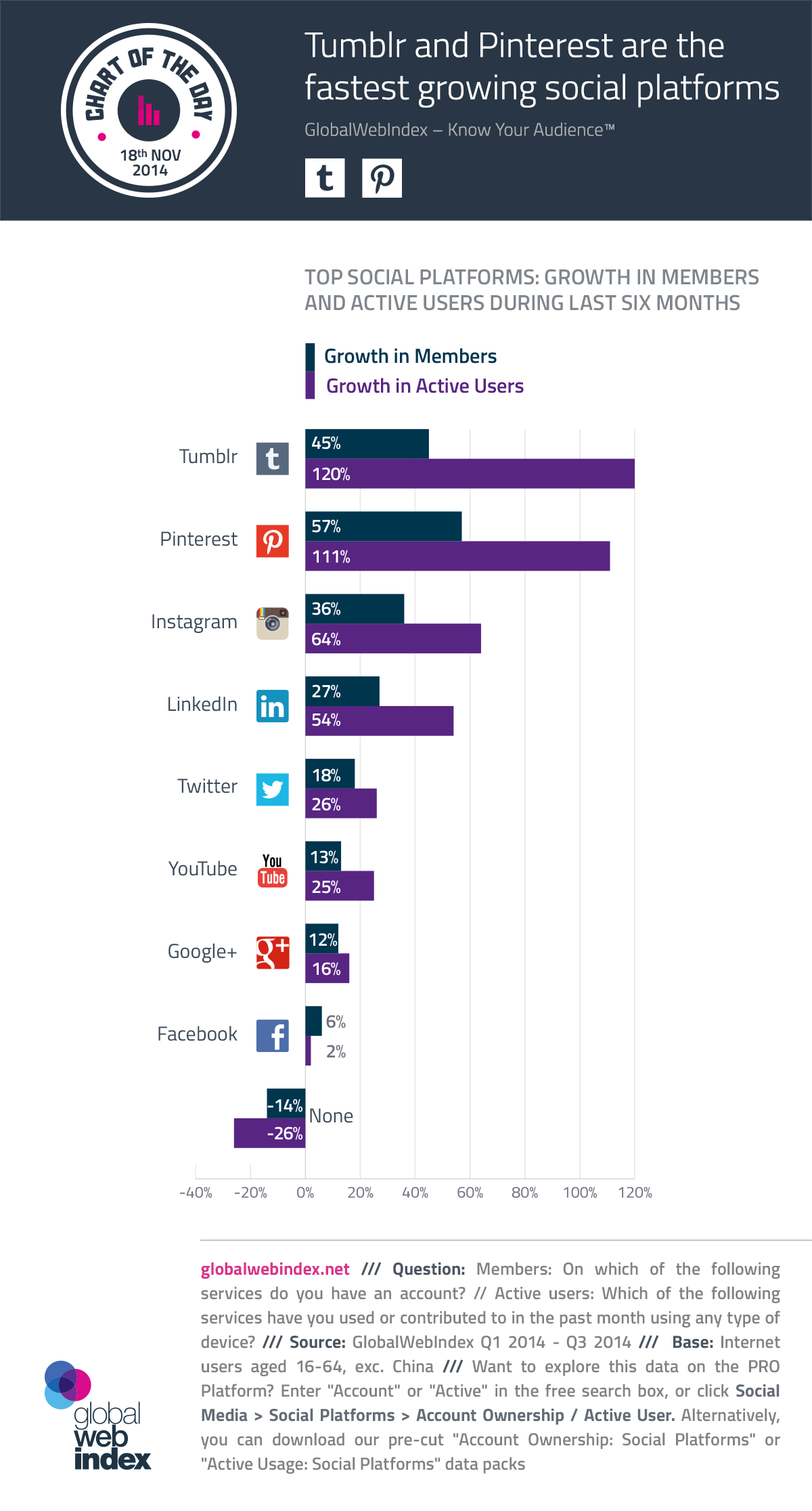