GlobalWebIndex tracks 20+ brand discovery channels across our 34 different markets, with this week’s first chart showing that TV ads remain the most powerful among them.

There are age-based trends to note here, however. If we take the US as an example, the impact of TV ads increases in line with with age – with over 60% of 55-64s saying they hear about brands via this route compared to just over a third of 16-24s. There’s little doubt that this is influenced heavily by how long these groups spend watching TV per day; whereas 16-24s globally spend an average of less than 2 hours daily on linear/broadcast TV, this rises to over 3 hours among 55-64s.

Online ads might be a little more even by age in the US but we nevertheless see a peak among the younger groups – another area where we can assume a direct correlation between time spent and the likelihood of taking note of an ad. So, linear TV might still rule the roost at the moment, but it’s clear that online is becoming more powerful among younger groups, and that’s in spite of them being the most likely to use ad-blockers. 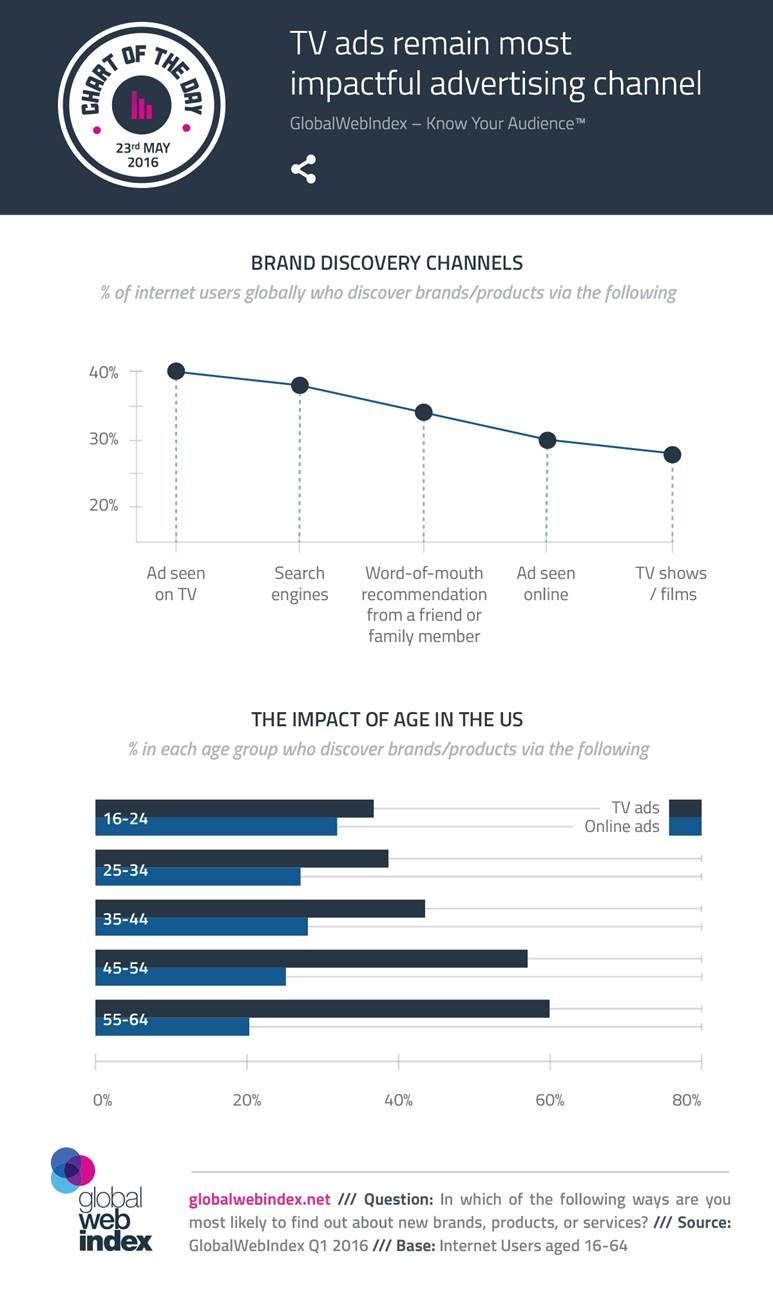