As today’s Chart shows, Twitch’s latest expansion of its social networking functionality – introducing a ‘friends’ feature and private messaging – is likely to resonate strongly among its young and highly digitally-engaged audience.

Almost half of Twitch’s users can be classified as heavy social networkers (spending more than 2 hours networking and messaging daily), with the average Twitch user in fact devoting more than 3 hours daily to this. Currently, much of this time may be being spent on other networks but Twitch’s moves to expand social offerings on its site gives users another strong incentive to stay engaged with the platform for longer periods.

What’s more, with 95% of online adults using social networks and 4 in 10 saying they have a strong interest in gaming, it’s clear that there are many potential new users that could see appeal in Twitch’s latest additions. 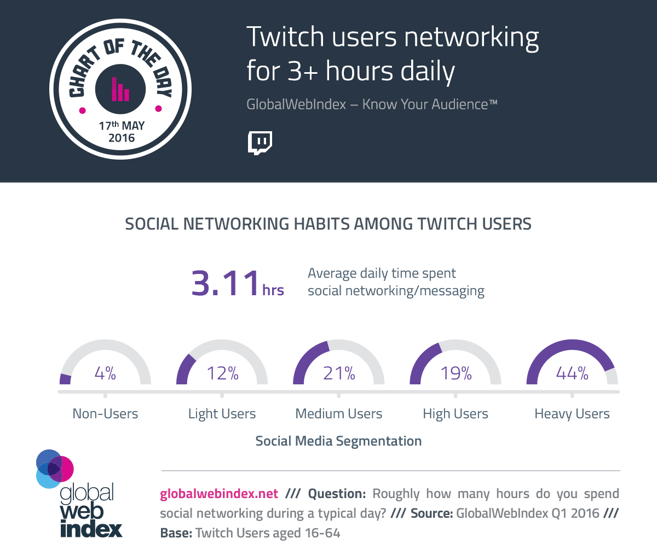