Instagram hit the news last week when it reported having 14 million users in the UK. Inevitably, this was followed by comparisons with Twitter, which it claimed to have overtaken globally at the end of 2014.

Interestingly, GWI’s data confirms that Twitter is in fact ahead of Instagram for active usage across 27 of the 34 countries we survey. As is often the case, the fact that social networks tend to use their own, competing definitions of “active usage” meant that Instagram’s claim to have toppled Twitter was not based on a like-for-like comparison. When we apply the same definitions across all networks, Twitter still has a significant lead over Instagram. 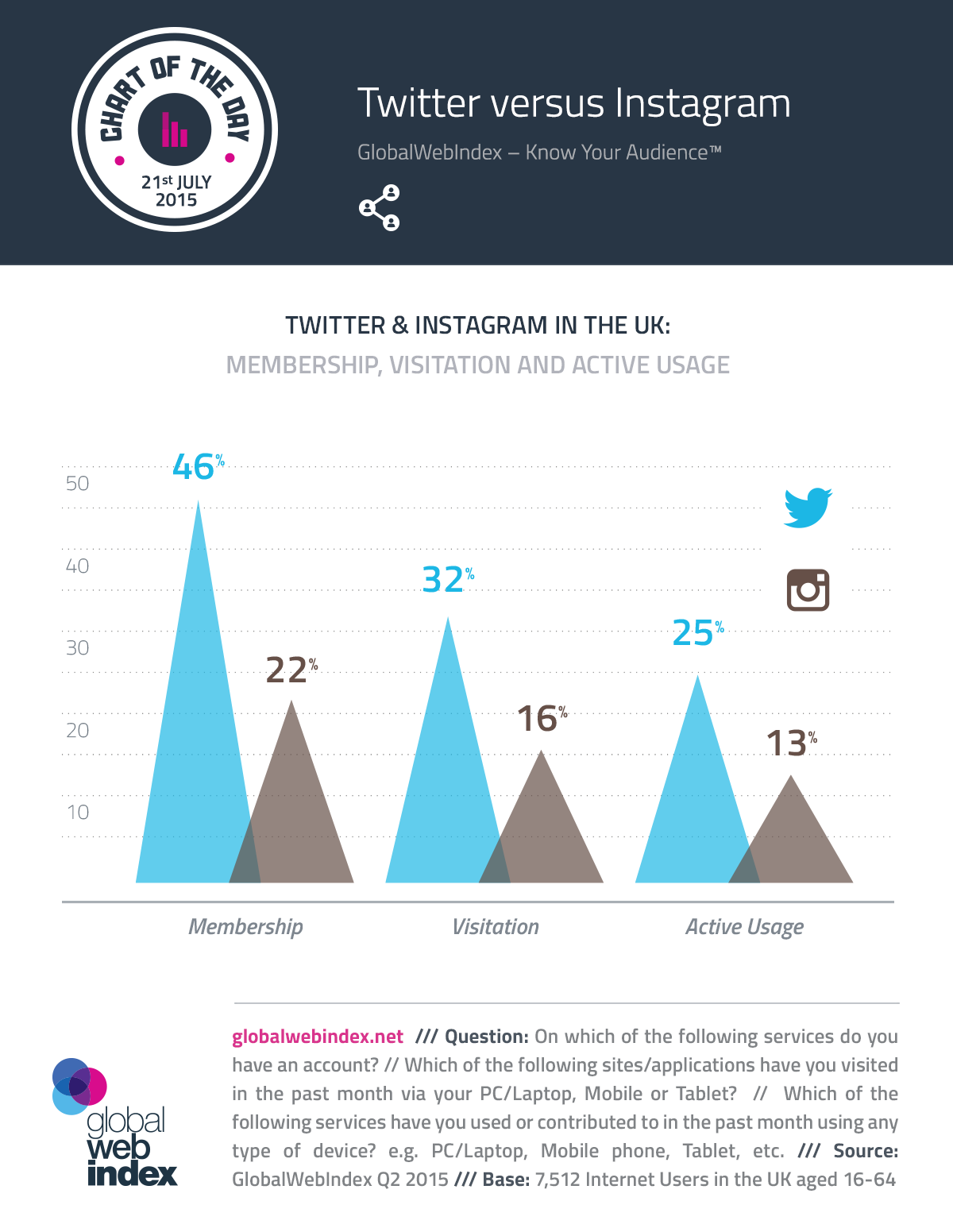