Two thirds of 16-24s are second-screening via mobile

Yesterday, we saw that mobiles are the most popular device for TV second-screening.

But how does this figure break down in terms of demographics?

Well, firstly, gender has virtually no impact at all: equal percentages of men and women report that they have used a mobile for dual-screening purposes. The same is true for income.

Much bigger differences emerge across regions and age groups. To take the former first, Asia Pacific tops the list; close to two thirds of the online population in this region are second-screening via mobile, a situation replicated in the Middle East & Africa. That these regions contain several countries where many internet users are connecting principally, if not solely, via mobiles is undoubtedly contributing to this – as is the more general “mobile-first” trend present in all parts of the world.

As might be expected, though, age has the strongest effect of all: 16-24s lead the figures for mobiles and are nearly four times as likely to be second-screening via this device as 55-64s. 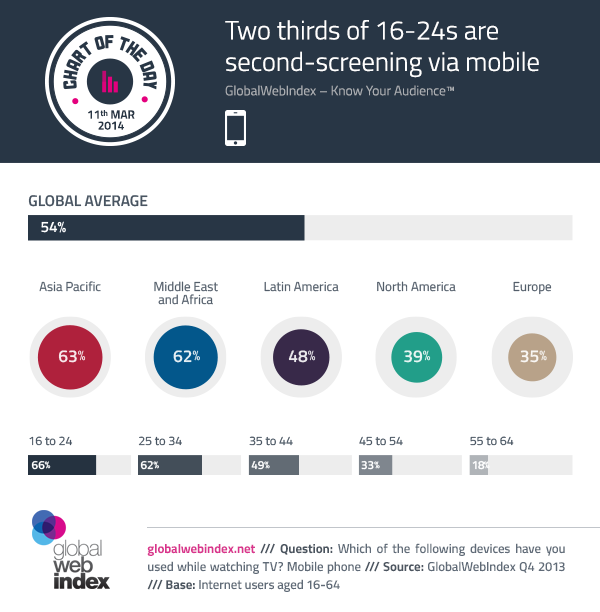