The latest research from GWI shows that Android’s global dominance of the smartphone market continues to strengthen.

In 2014, two thirds of mobile users now have the Android operating system – a figure which represents a remarkable rise from just 24% back in 2011.

Apple’s OS is climbing too, but at a much slower rate – up from 13% to 20%. And although iOS consistently posts its best figures among top income groups, the gap between it and Android continues to increase with each quarter that passes.

Elsewhere, it’s a story of decline. BlackBerry and Windows Phone have both seen their shares decrease, while Symbian has suffered the biggest drop of all: down from 13% in 2011 to just 4% in 2014.

Download a free summary of the GWI Device report here for further detail and insights on this subject. 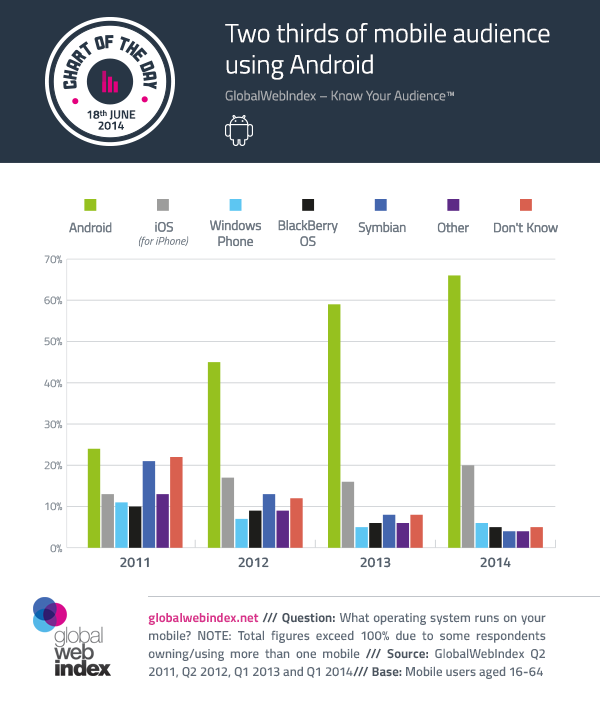