Netflix has been in the news again over the last few days after its CEO said that plans to introduce more original content to the service will lead to inevitable price increases in the future.

Reed Hastings also announced that Netflix was considering ways of making it harder for people to share passwords – which GWI’s data shows to be a widespread trend. In fact, our new Q2 2015 figures reveal that almost two thirds of users in the USA and UK are currently sharing their account.

What’s perhaps most significant here is that almost a fifth of Netflixers say that 3 or more other individuals use the same account as them. When we’re talking about total audience sizes, that means we need to abandon the notion that 1 paid-for subscription = just 1 user. In reality, there are tens of millions of additional users and the likelihood of people taking this approach will only get more common as Netflix gets more expensive. 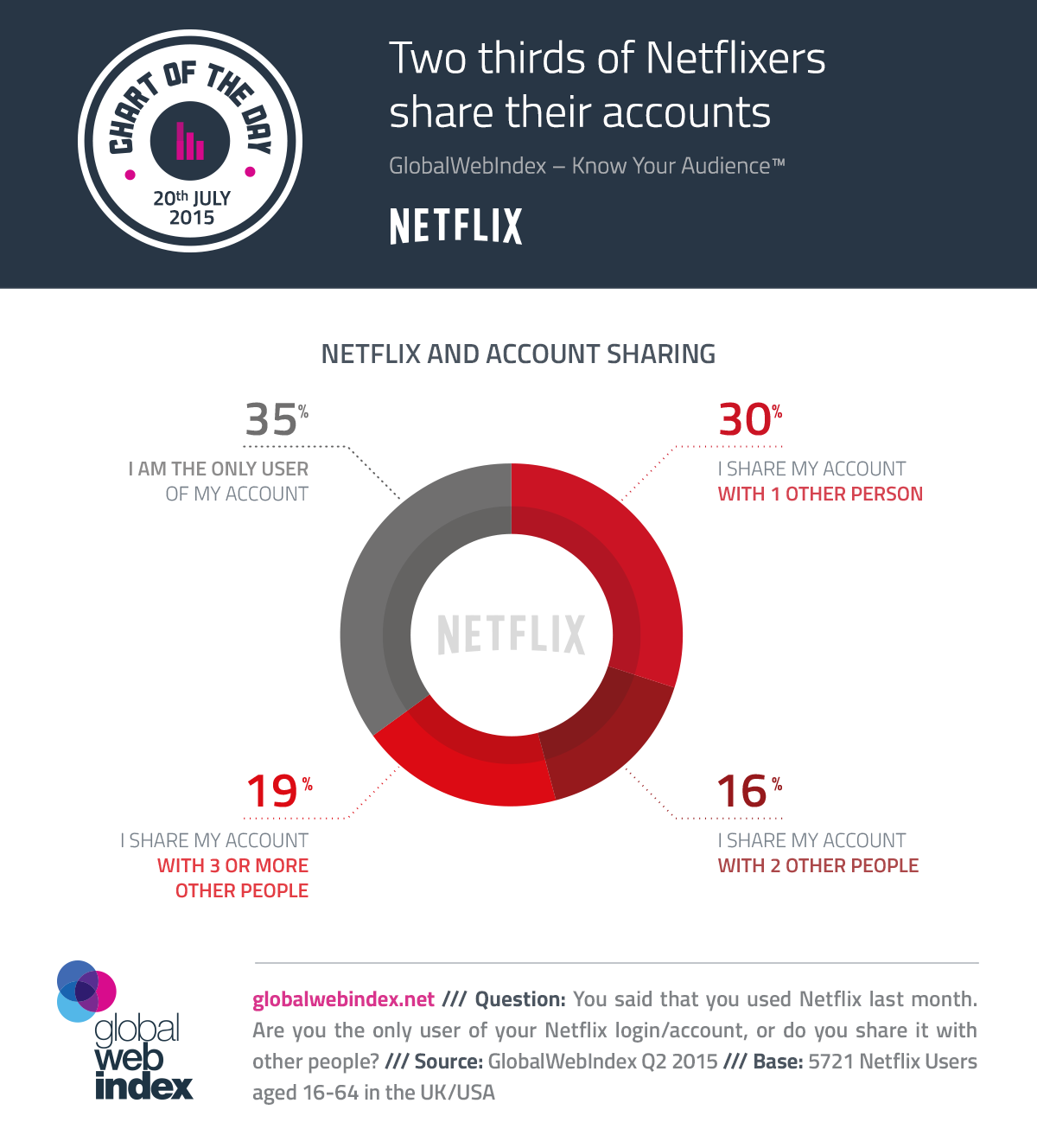