As smartphone ownership rises and mobiles become ever more integrated into daily life, on-demand services and their apps are making a real impact. Uber is one of the most important names here, and GlobalWebIndex’s research shows just why. Already, 4 in 5 internet users in the UK and US are aware of Uber and a significant one third are interested in using it in the future.

As with many new online services, younger consumers are the most enthusiastic; almost half of 16-34s are interested in the service. In contrast, 45-64s seem most wedded to traditional taxi services, with about two thirds from this group expressing no interest at all.

By gender, men have a small lead over women (35%, vs 30%). By income, the differences are more pronounced: those from the top income bracket have roughly a 10-point lead over less affluent consumers. Uber’s appeal is not just financial then, it’s the convenience that matters too. 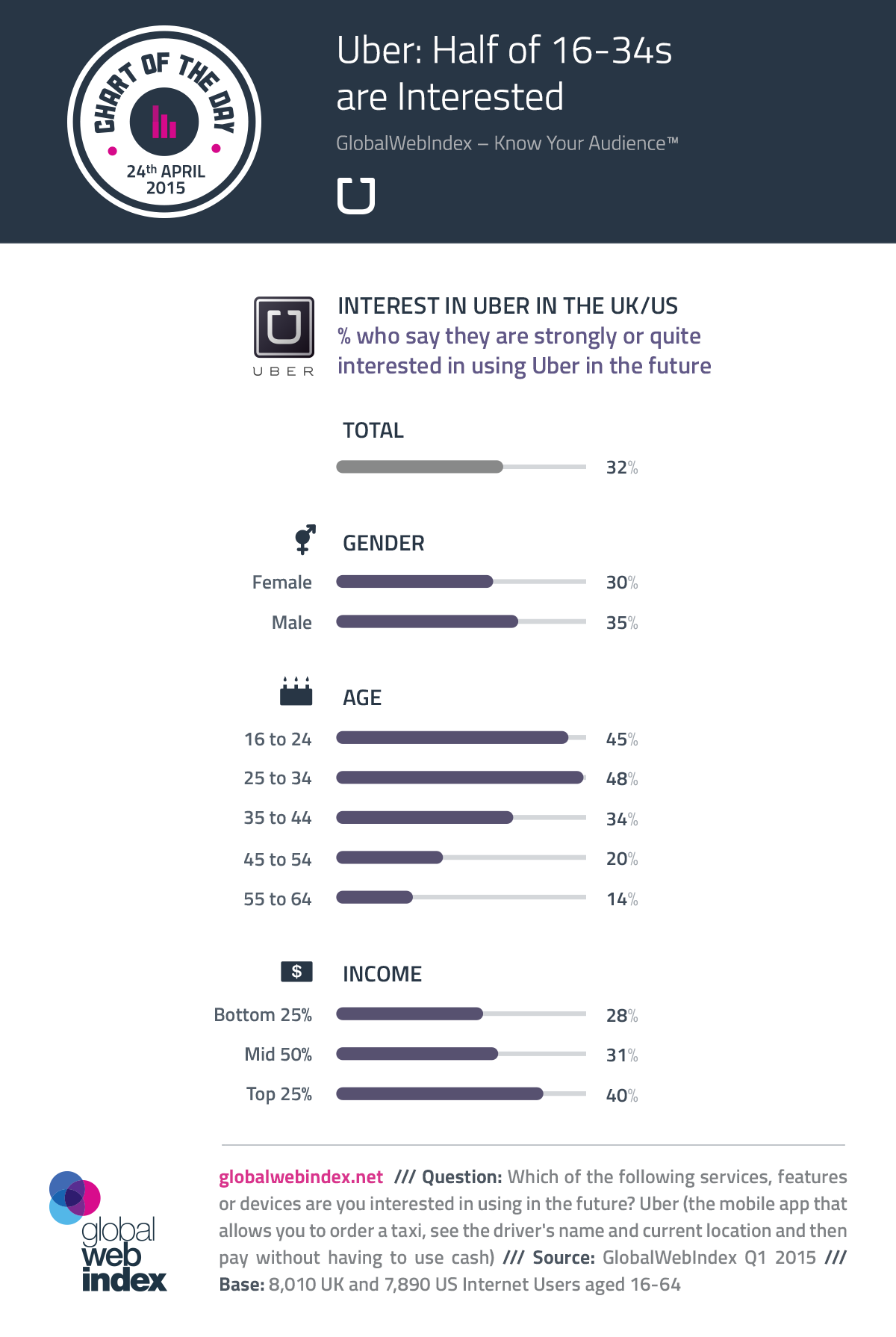