Earlier this month, YouTube announced it will be a presenting sponsor for the 2017 World Series that kicks off tomorrow. To promote YouTube TV (its paid-for streaming service), Fox will be running national commercials while YouTube TV will air the Fox broadcast of the World Series.

YouTube is already a big go-to for Major League Baseball Fans in the US –  84% report visiting/using the service each month. There’s a decent share watching sports content while they visit too (24%), giving clear potential for Fox’s coverage on YouTube TV to encourage them to sign up to the service.

YouTube will also provide a way for the league to reach younger, digital viewers. Among 16-24-year-old fans, it’s virtually all of them who are visiting YouTube (95%), and this group are the most likely to be engaging with sports content when doing so (32%). 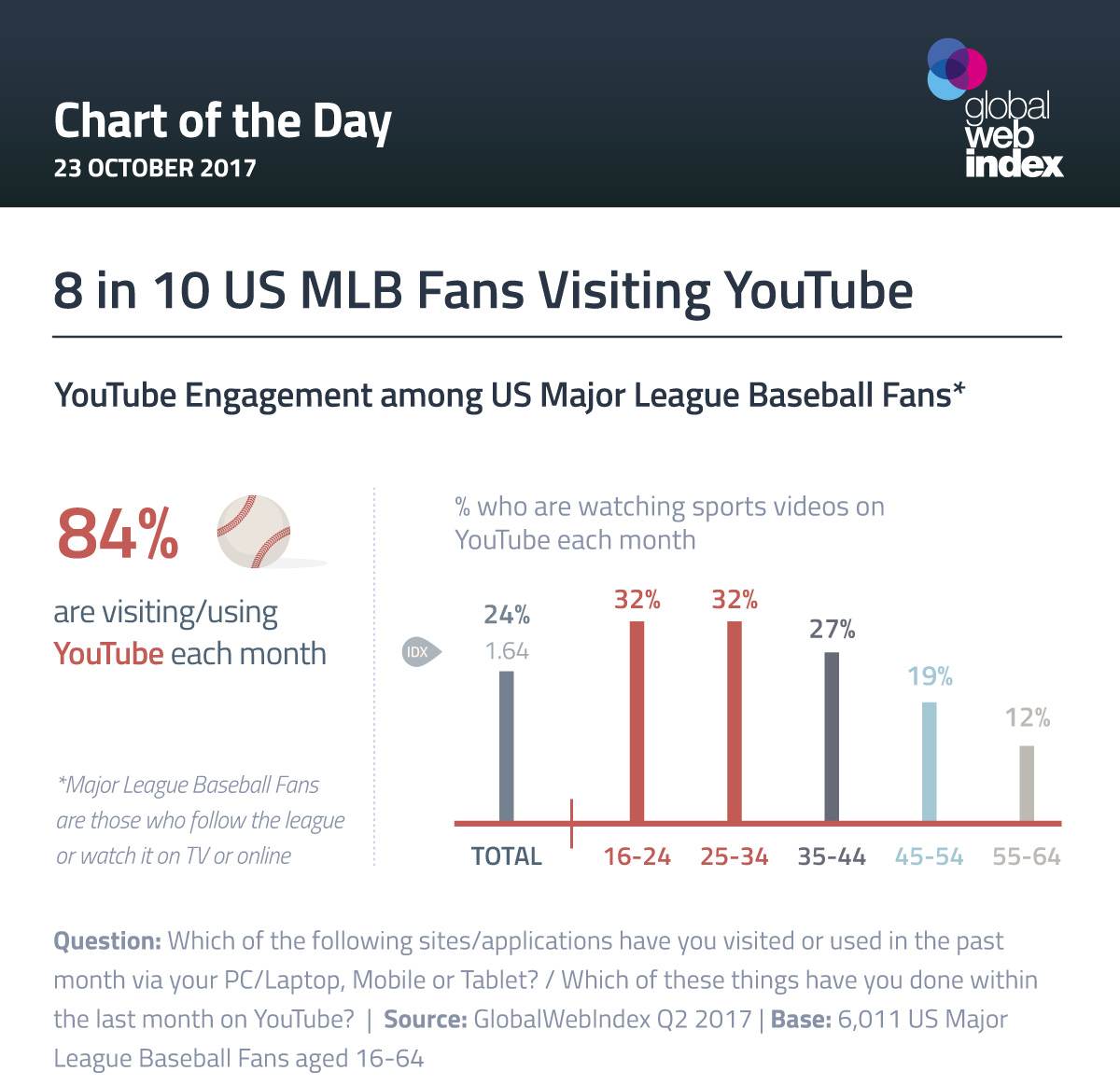