Utility Products are Most Desired ‘Smart’ Devices in UK

In a special preview of a new question that will be introduced into GWI Core later this year, today we take a look at UK digital consumers’ attitudes towards a range of new smart devices that have hit the market lately.

Across the board, ownership figures remain low but it’s a decent number of consumers who say they are interested in using these devices in the future, particularly considering the persistent deficit of consumer knowledge in this new range of devices. Smart home utility devices emerge as the most desired of this selection of devices, with 40% saying they currently own or would be interested in using devices like connected thermostats, remote lighting controls and IoT white goods, like connected refrigerators.

Notably, despite the large marketing push that has boosted the status of voice-controlled smart assistants/speakers, these devices come at the bottom of our list. The potential of these devices, such as Amazon Echo and Google Home, has been much touted by manufacturers but these figures suggest there is a substantial, but not universal, potential audience for these devices. 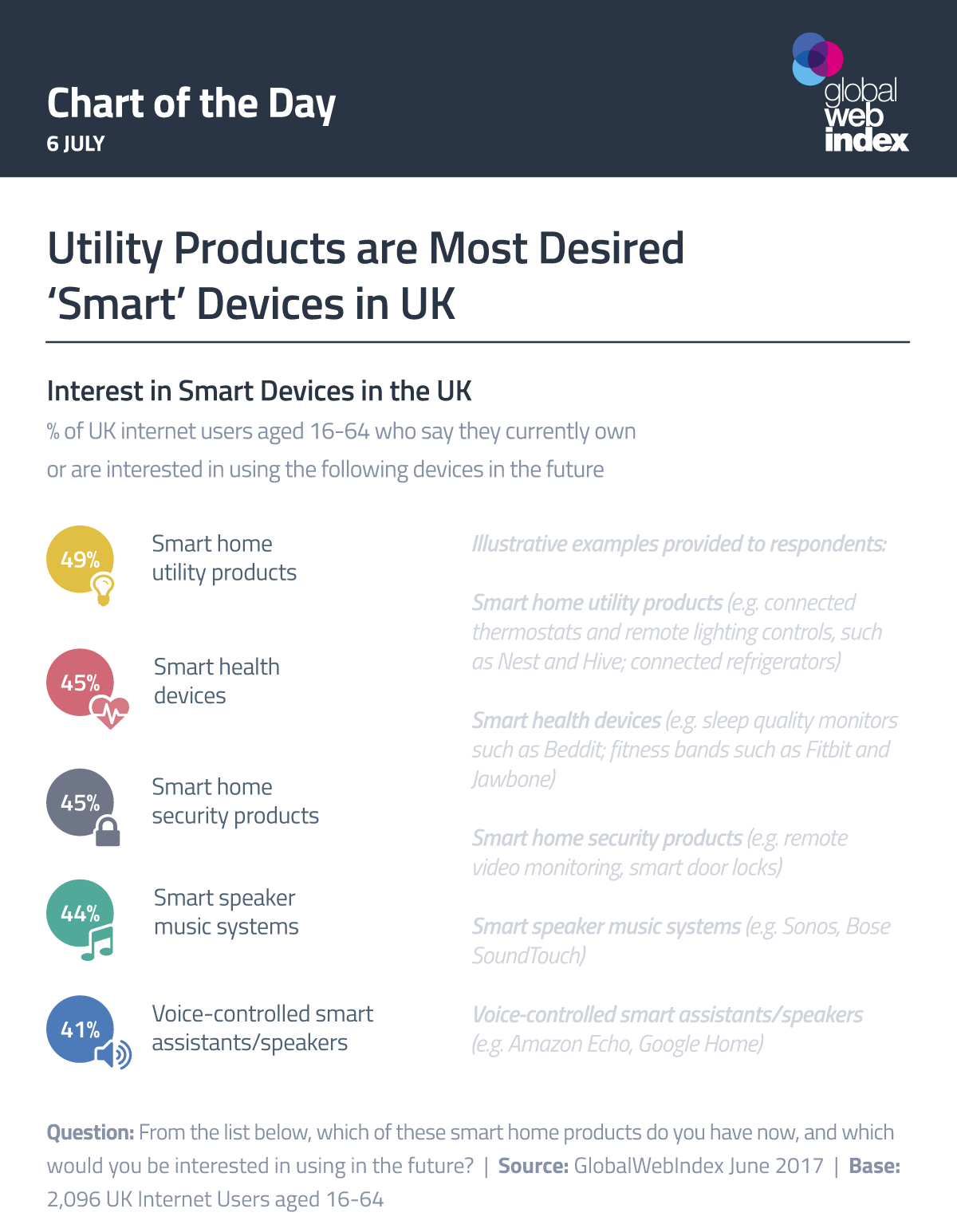