A Profile of VPN Users

In this week’s series, we’re focusing on a group of internet users often hidden by digital research and analytics; those who use Virtual Private Networks (VPNs) or proxy servers. 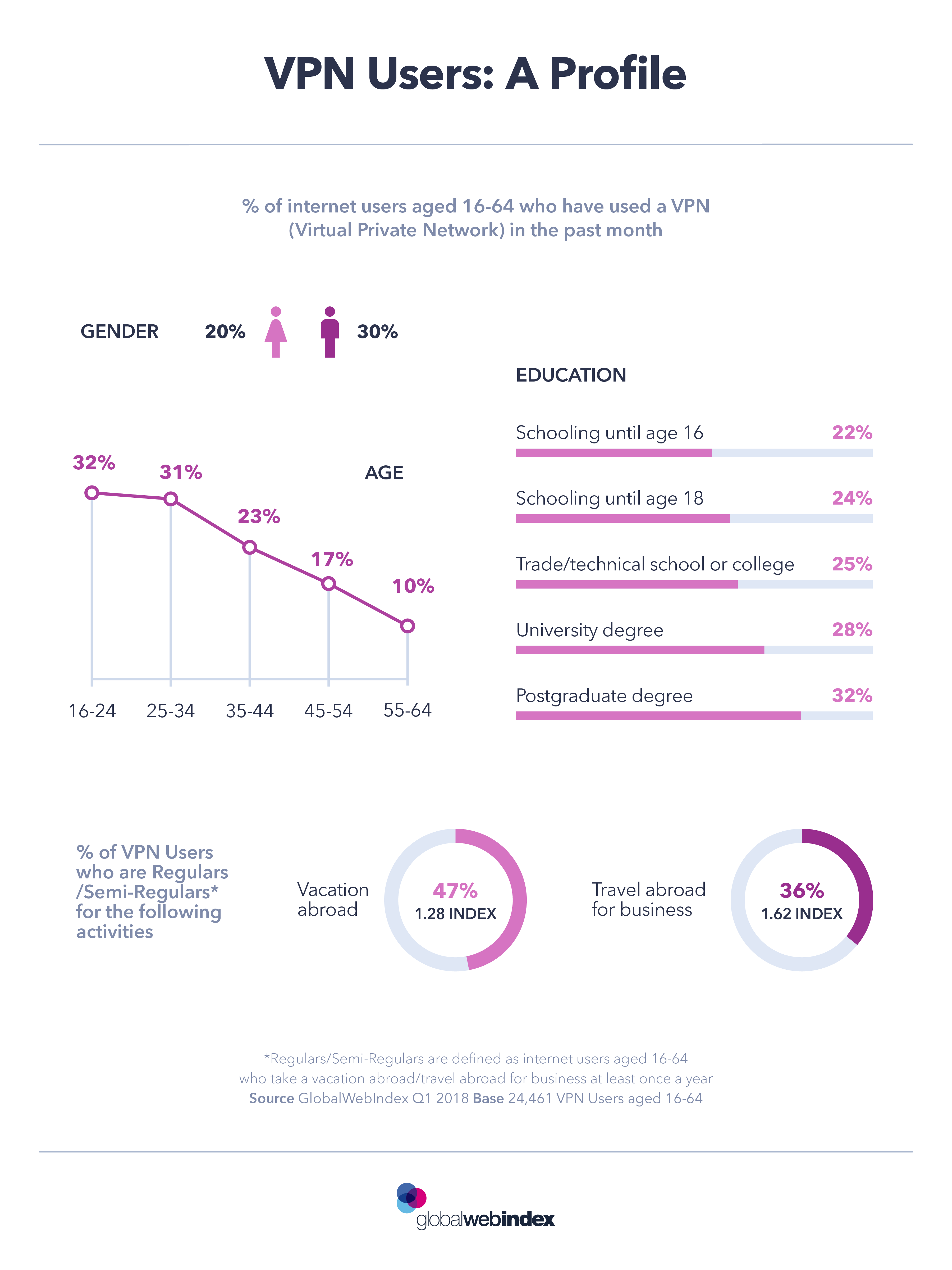 VPN Users are more likely to be young, male, and more likely to have been educated to university level. All of these demographic distinctions fit the profile of early adopters.

Young, male, and educated internet users are more likely to say they’re constantly connected online, and that having the latest tech products is important to them.

In the first case, VPNs fulfill their desire to get online at all times, and in the second instance, their interest in new tech makes them more likely to know about VPN or proxy tools in the first place.

Use of VPNs also scales up with education level:

Postgraduates are most likely to use one, while those who are schooled until the age of 16 are least likely to.

There are a number of factors from further education which could inspire this – a network of people who can recommend the right tools, and trying to avoid browsing restrictions are some possible reasons.

Another trend which appears in our data is that university-educated VPN Users are more motivated by finding content, and this could be the reason for exploring international content providers.

Beyond this baseline demographic profile, there’s an important trait to recognize: they have a greater likelihood to travel.

There has been commentary this year on how the ongoing FIFA World Cup and other sports competitions can act as a gateway to discovering and using VPNs.

But a need to stay connected when traveling is often the inspiration for them to get online with VPN tools. We saw yesterday that Asia Pacific is the region with the highest rates of VPN usage, and the fact that it has the highest proportion of regular business travelers could play a role. 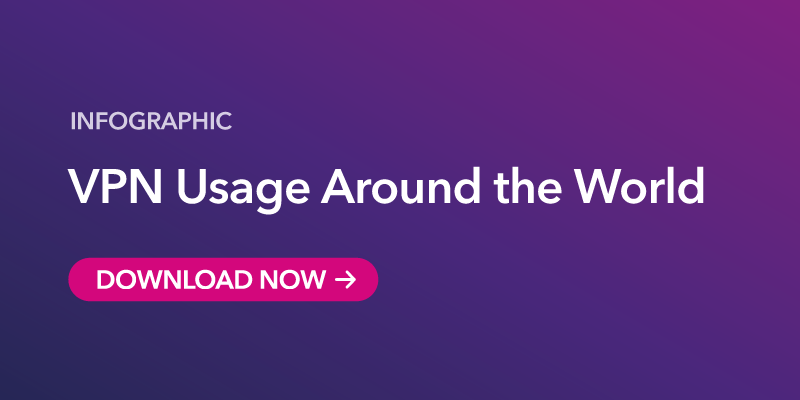