Unwrapping the Potential of VR Gaming

To round off this week’s series on gaming, today’s chart looks at the possible next frontier of gaming, the worlds of augmented and virtual reality. 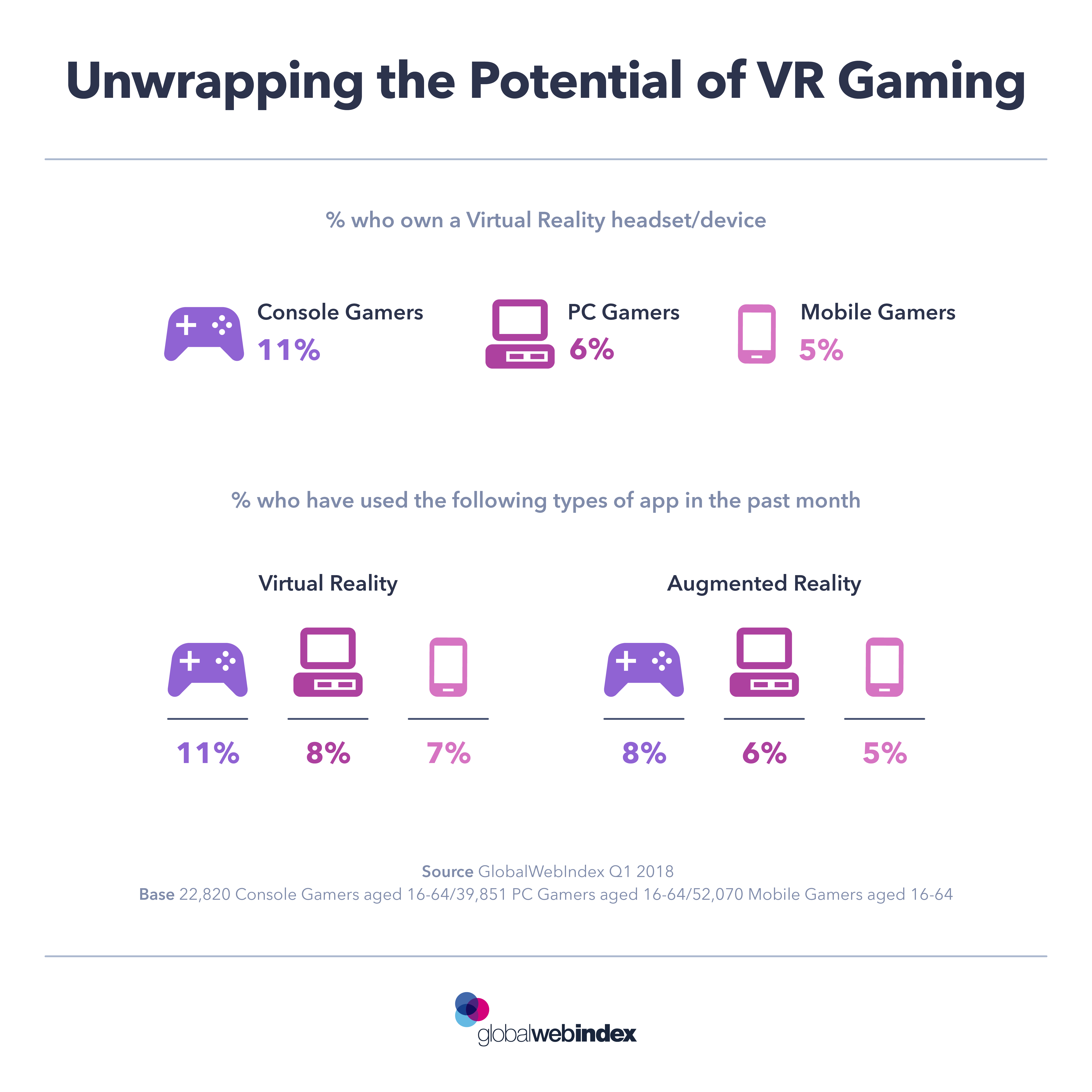 11% of Console Gamers own a VR Headset, and a similar number have engaged with VR apps on smartphone in the past month.

VR devices are a minority interest in the gaming market, but these figures highlight the two ways users can get engaged with VR technology, either through dedicated devices or through mobile apps which integrate with cheaper headsets like the Google Cardboard. Pokemon Go may have hit the headlines in the summer of 2016, but VR apps see higher engagement than their AR equivalents among gamers in all regions.

The use-cases for VR in gaming go beyond playing into watching livestreams as well. As we have covered before, VR Headset Owners are twice as likely to watch esports tournaments, and key players in the market are offering VR-compatible ways to watch competitions, as social VR platforms like Sansar turn to VR tech to create a more immersive fan experience.

For the moment, VR engagement is still a minority interest, with most Console and PC Gamers not pairing their devices with a headset, and it’s a minority mostly made up of high-income consumers. But this year sees Facebook’s Oculus and others release standalone versions of their VR devices, which sell more cheaply, don’t need expensive hardware, and crucially prioritize the pick up and play factor, which may be the spark for the technology becoming more mainstream.

So far, smartphones have been central to the spread of both VR and AR.

So while many are excited for the future of these technologies in the hardcore gaming market, there’s no denying that the convenience of accessing them on mobile has been an important driver of growth in the casual gaming market.

Console / PC / Mobile Gamers are defined as internet users aged 16-64 who say they use a console / PC / mobile to play games.