As social networking continues to migrate to mobile, it’s hard to avoid the current buzz surrounding messaging apps: they’re seeing a surge in popularity in all markets as users are attracted to their immediacy, simplicity and privacy credentials.

But there’s one name to watch in particular – WeChat. The Tencent-owned chat service has long been a dominant force in China, where it continues to grow and is now used by an impressive 73% of the online population aged 16-64. Significantly, though, its buoyant levels of growth at a global level suggest that it could quickly become the first non-US social platform to achieve the type of international reach previously enjoyed only by names like Facebook.

Let’s look at some stats. Between Q1 2013 and Q1 2014, WeChat’s global user numbers outside of China increased by a staggering 1099%. This tenfold increase makes it the fastest growing chat app at a global level, with particularly significant user bases in markets like Malaysia (33%), Hong Kong (32%), India (21%) and Indonesia (18%). Within the APAC region in particular, it’s a leading player. It’s also performing well in Latin America, the Middle East and parts of Africa (14% use it each month in the UAE and South Africa, for example, as do 9% in Mexico). And despite it having a smaller footprint in some of the most established nations such as the UK and the US, it’s led the growth figures over the last year in virtually all markets.

Outside of China, WeChat has in fact become the fourth most popular mobile chat app, with a penetration of 13%. Although it still has some ground to cover compared to WhatsApp (39%), Facebook Messenger (37%) and Skype (37%), GWI’s forecasts show that WeChat should hit the 35% mark by the start of 2015 – representing an extra 90 million users. In the months ahead, then, expect to hear a lot more about WeChat and its swelling membership base. 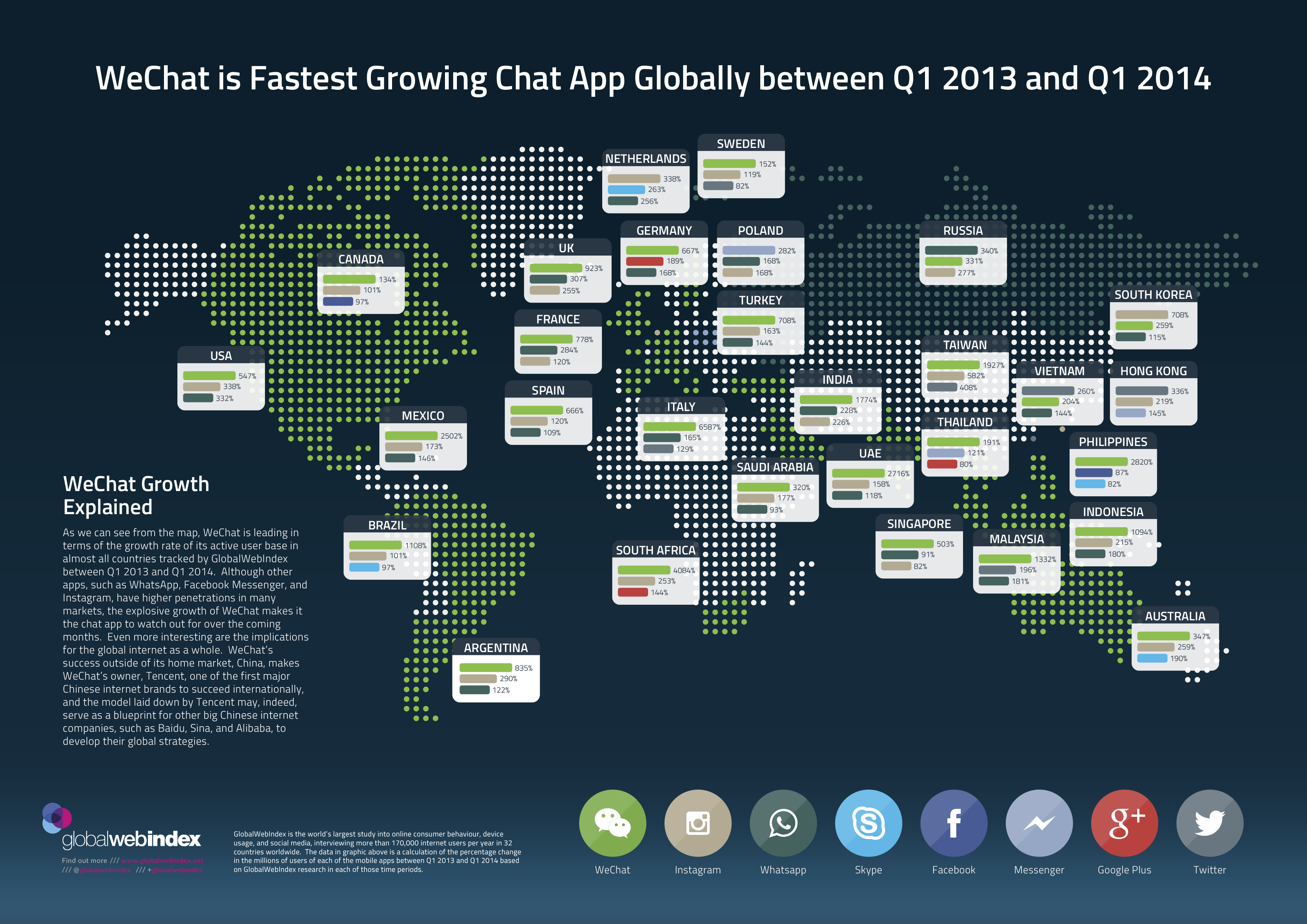