With WhatsApp and Snapchat continuing to make the headlines each week, here we take a look at the relative popularity of mobile messaging apps.

Overall, the dominance of WeChat is clear; some 35% of the global mobile audience aged 16-64 are using it each month, putting it 10% ahead of Facebook’s two messaging services. However, China plays a large role in this; over 80% of the country’s mobile users engage with WeChat each month, giving it a vast national following.

If we look at trends across the rest of GWI’s 31 markets, quite a different picture emerges. Take China out of the equation and WhatsApp moves to first position on 39%, having overtaken Facebook’s own Messenger service during Q2 (which is now used by 38%).

It’s also worth noting that – despite rarely being out of the news – Snapchat is a relatively minor force globally. Sure, up to 50% of teens in markets like the UK and Canada are now Snapchatters, but just 5% of the global mobile audience are using it each month. 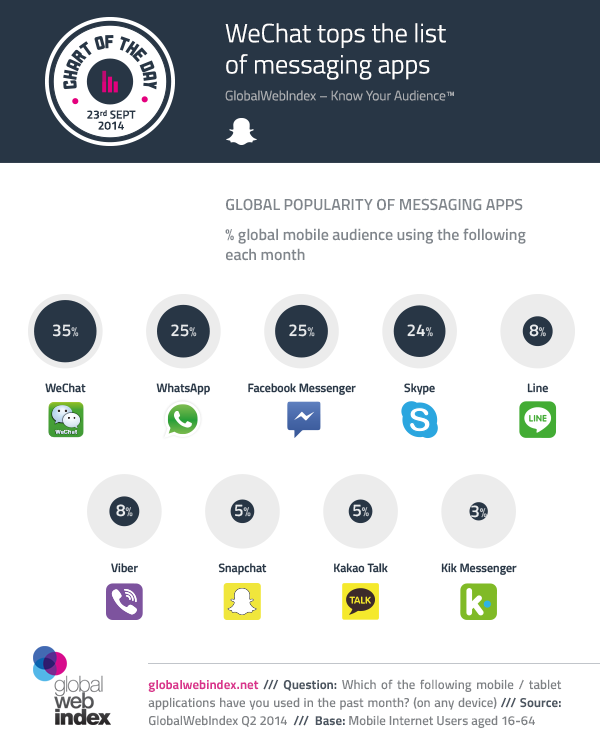