Plans to evolve Facebook Messenger into a more comprehensive platform were the big reveal at this week’s F8 conference. But why is Facebook so keen to shake up Messenger? A quick look at the success of WeChat in China tells us all we need to know.

WeChat has clear ambitions to integrate almost all mobile transactions into its platform. Already, WeChatters in China can use the app to book hotels, pay bills, buy cinema tickets and, possibly most importantly, buy products. What’s more, GWI’s data shows that a mighty two thirds of WeChatters are currently purchasing products via their phones – making this audience much more likely to be doing this than their counterparts on other messaging apps.

Clearly, Zuckerberg & Co. are hoping that Facebook Messenger can become as integral to mobile commerce and payments around the world as WeChat has in China. But it’s got a long road ahead; currently, it’s only about a quarter of internet users in the US who are on Facebook Messenger. Compare that to WeChat in China, where two thirds of the country’s online population are using it, and the challenge for Messenger is clear.

Nevertheless, Messenger does enjoy a much bigger market share in countries like Mexico, the UAE, the Philippines and India (45%+). It’s in these places where upcoming changes to Messenger are likely to make the biggest impact. 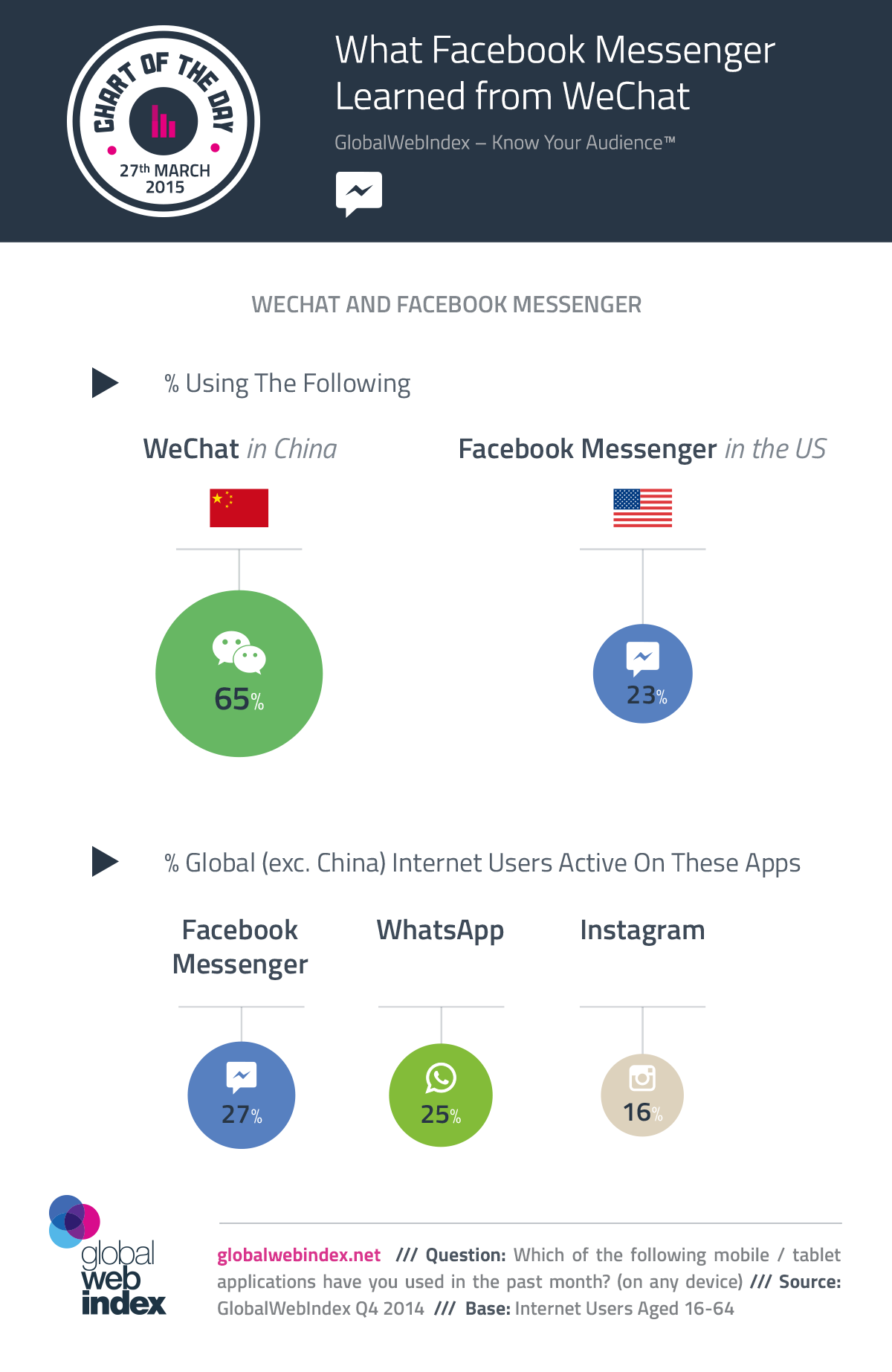