For our final post this week, we take a look at some of the key figures featured in our new GWI infographic on WhatsApp users.

At a global level, WhatsApp continues to rise – with the share of the mobile internet population using it jumping from 16% at the start of 2013 to 24% in 2014.

Drill down into this at a regional level, though, and there are huge differences to be seen. With usage ranging from highs of 68% in MENA and 61% in Latin America to just 7% in North America, it’s not hard to understand why the coverage WhatsApp provides in several emerging markets – where internet populations are growing at the fastest rates – made it such an attractive acquisition for Facebook.

Nevertheless, variations can be just as strong even inside regions. Across GWI’s 32 markets, mobile internet users in Malaysia are the mostly likely of all to be on WhatsApp (77%), whereas only very small minorities are using the app in places like China (4%), South Korea (2%) and Japan (0%) – a trend driven in part by the respective popularity of WeChat, Kakao Talk and LINE in these countries.

It’s also important to note just how active WhatsAppers are on other social platforms and services; far from abandoning the major networks, majorities are still using Facebook (81%), YouTube (72%) and Google+ (51%) each month. 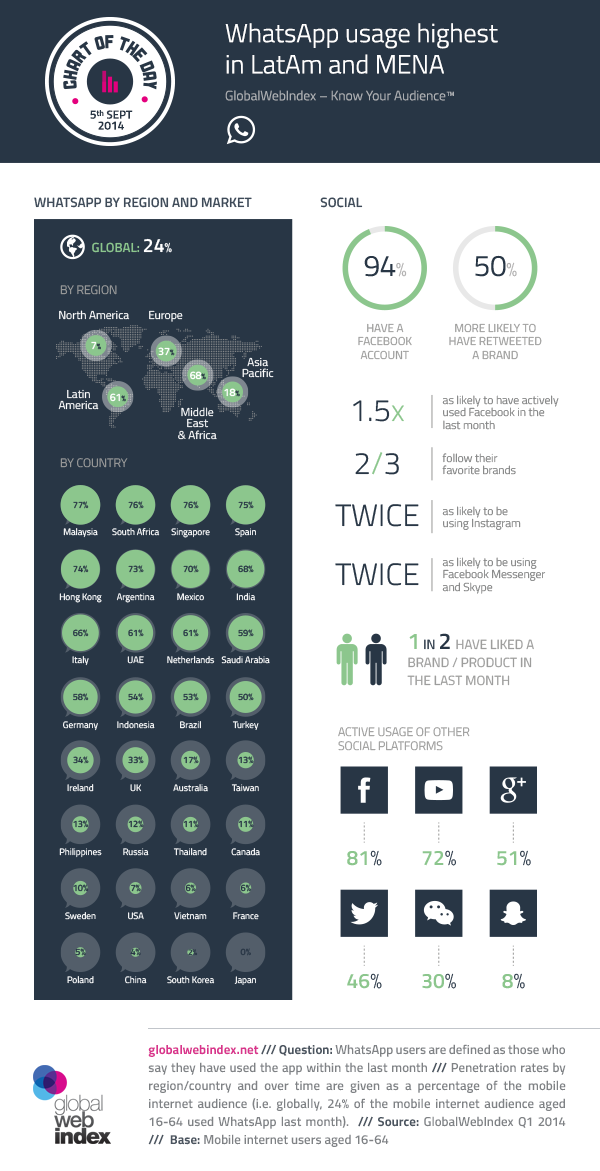