Why Deezer is filing for an IPO

Hot on the heels of the launch of Apple Music, streaming service Deezer has announced that it plans to file for an initial public offering. With names like Spotify and Pandora having already established wide user bases, and now Apple Music in the mix, Deezer must stake a claim in this market if it hopes to maintain its current growth. But standing out among the crowd has so far been difficult for Deezer. 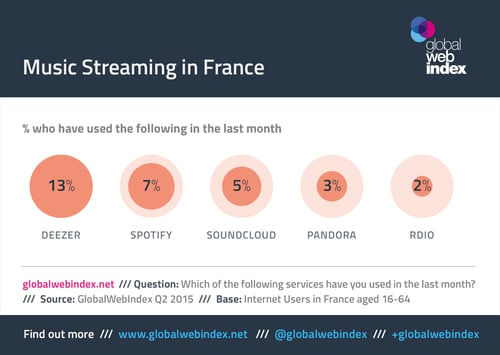 Deezer’s largest market share is found in its home country of France. 1 in 8 French internet users are listening to Deezer, compared to 7% who use Spotify each month. But this is the only market where Deezer can claim victory over its rivals. In its next best preforming market of Turkey, Deezer is trumped by Spotify, which has almost twice the number of listeners. Clearly, the company must strengthen its international presence in order to contend with its larger and better-funded rivals. 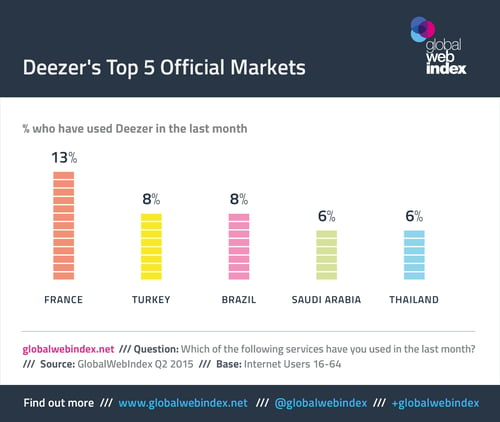 With the company itself admitting that as much as 91% of its revenue has been allocated to royalties in the past, it’s easy to see why Deezer might plan an IPO to inject a much-needed financial boost – one which will allow it to make one last push for market share before Apple Music makes an impact. Ultimately, then, Deezer’s announcement is the necessary response to an industry which is increasingly marginalizing smaller contenders.

To find out more about the state of the music streaming industry, read our new GWI Entertainment report, either in summaryor full client version.