Facebook is no stranger to creating or purchasing features that resemble those offered by other apps and its latest acquisition – Masquerade – will allow the platform to build out photo filters that have proven so popular on rival-app Snapchat.

Snapchat has long been a hit with teen and younger internet users; well over half of its users are from the 16-24 group, and a significant 83% are under 35. In contrast, just 26% of Facebook’s audience is aged 16-24, and it posts much higher figures among older age groups.

In part, Facebook’s older user base is a natural consequence of it being the most popular network globally – and the one that older internet users are therefore most likely to have joined. But by introducing features that have proven so popular among the younger users of Snapchat, it’s clear that Facebook is hoping to stay relevant and appealing to this young, trend-setting demographic. 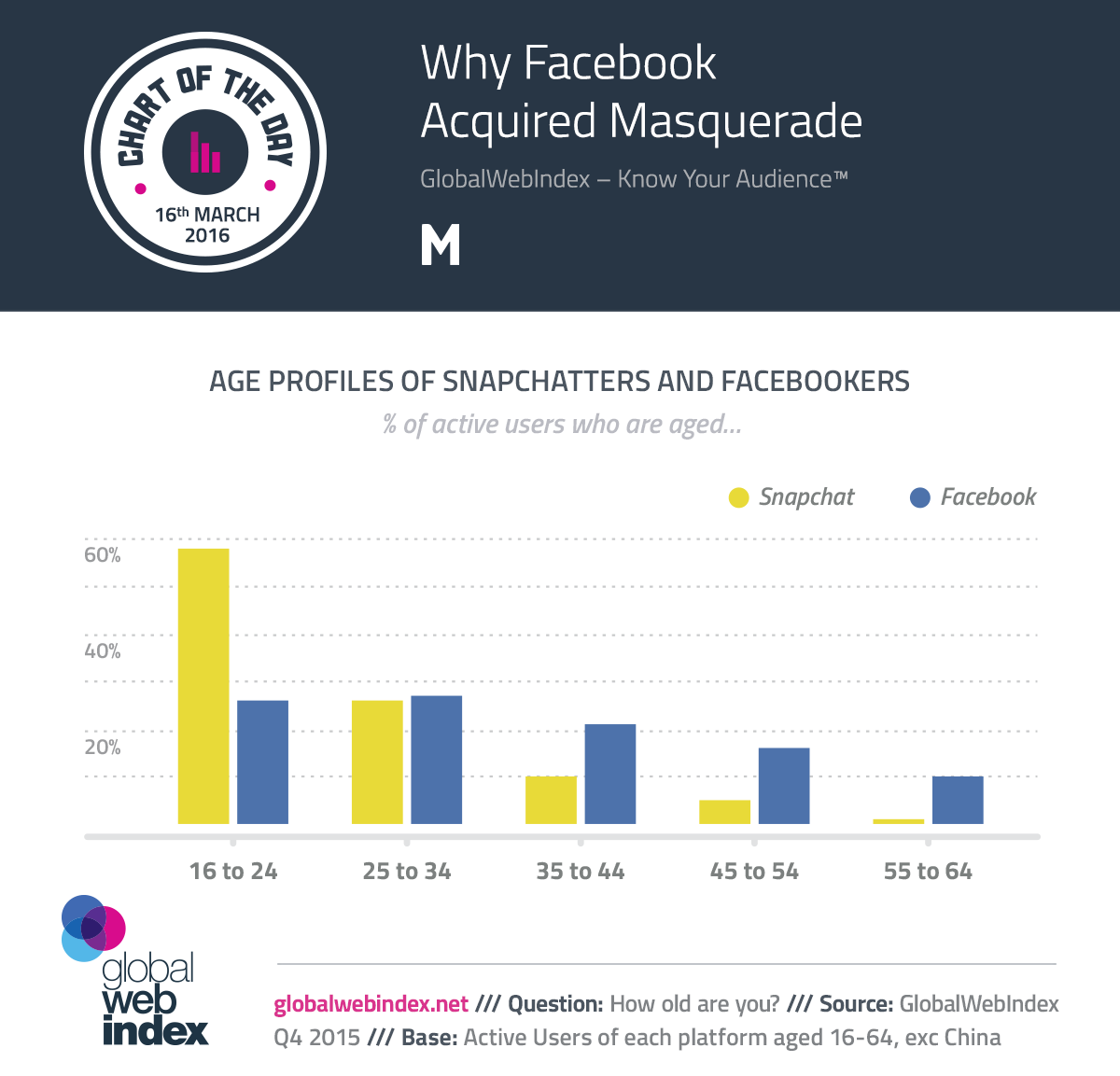