With Snapchat now the leading messaging app among American teens – as well as performing strongly in places like Canada, Australia and much of Western Europe, Facebook’s new photo uploader can be seen as an attempt to win back some of the activities that have migrated to Evan Spiegel’s app. Indeed, as our chart for Tuesday shows, Snapchat users are some of the most likely of all to be uploading photos: they have a 10-point lead over Facebookers and are more than 20-points ahead of all internet users.

Currently being tested on iOS, the new tool allows users to overlay photos with colored text, to apply a series of filters and to add a wide range of stickers.

It’s not just Snapchat that Facebook is going after here, though. Stickers have long been popular in many APAC markets thanks to services such as LINE and WeChat. So, given that LINE is the top messaging app in Japan, Taiwan and Thailand and that WeChat leads in China, this move from Facebook has two functions: to win back younger users in Western markets, and to help Facebook gain ground in the APAC messaging space. 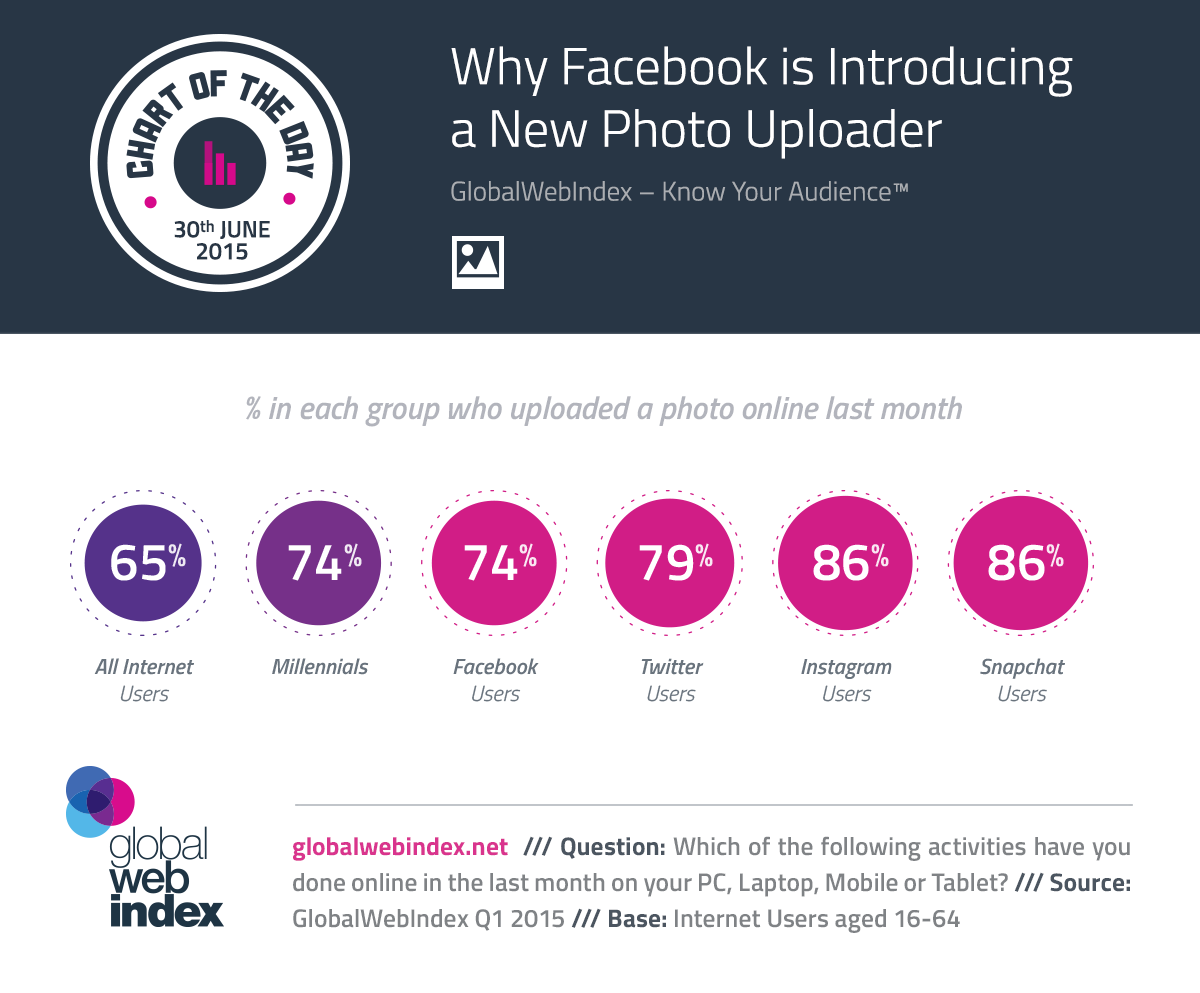