Many of the new user profile features recently introduced by Facebook are rather reminiscent of services available on competitor platforms. ‘Featured photos’ has similarities to Twitter’s ‘pinned tweets’, for example, while Snapchat introduced profile GIFs back in July and Google+ was supporting them as far back as March 2013.

This is a clear move by Facebook to remain dynamic and appealing to its user base. As our chart shows, few Facebookers are using only this platform to social network. Close to 90% are also visiting YouTube, nearly half are visiting Twitter and 3 in 10 are Instagramming.

What’s more, while Snapchat may not be a major threat at a global level (8% of Facebookers are using it monthly), in the USA over 40% of Facebook active users aged 16-24 are Snapchatting.

The dominance of Facebook over the social networking world isn’t going to end any time soon but the platform still needs to keep its users interested.

For more analysis on the state of social media, read the summary or full client version of our GWI Social report. 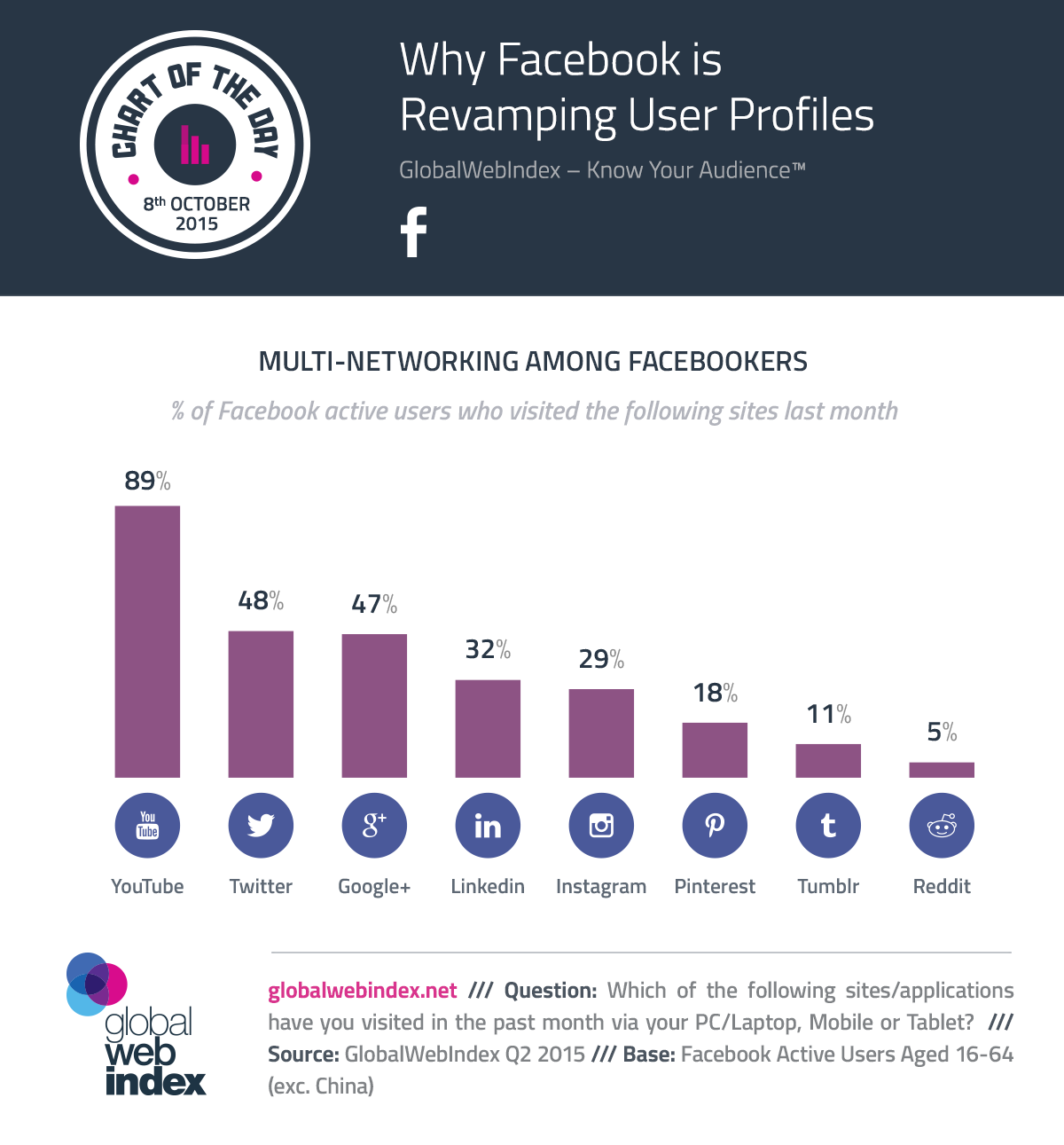