Although Facebook remains by far the most popular social platform on traditional measurement metrics such as membership and active usage, it’s YouTube which grabs the most monthly visitors.

That gives clear context to Facebook’s recent announcement that it will be sharing ad revenue with users who post popular videos on the site. Not only is it looking to poach some of YouTube’s audience to ensure that it retains the title of top social network, it also wants yet another monetization stream and will be hoping  to remove one of the reasons why users might look to rival, content-rich services like Tumblr or Snapchat (both of which are continuing to post rapid growth).

Content will appear in a “Suggested Videos” section rather than the main newsfeed, but Facebook has such rich information about its users that it will be able to target people with the types of videos that should hold most appeal. That allows it to maximize relevance (and hence revenues) in a way that YouTube would struggle to replicate, especially as so many YouTube users are not logging in when they visit the site. 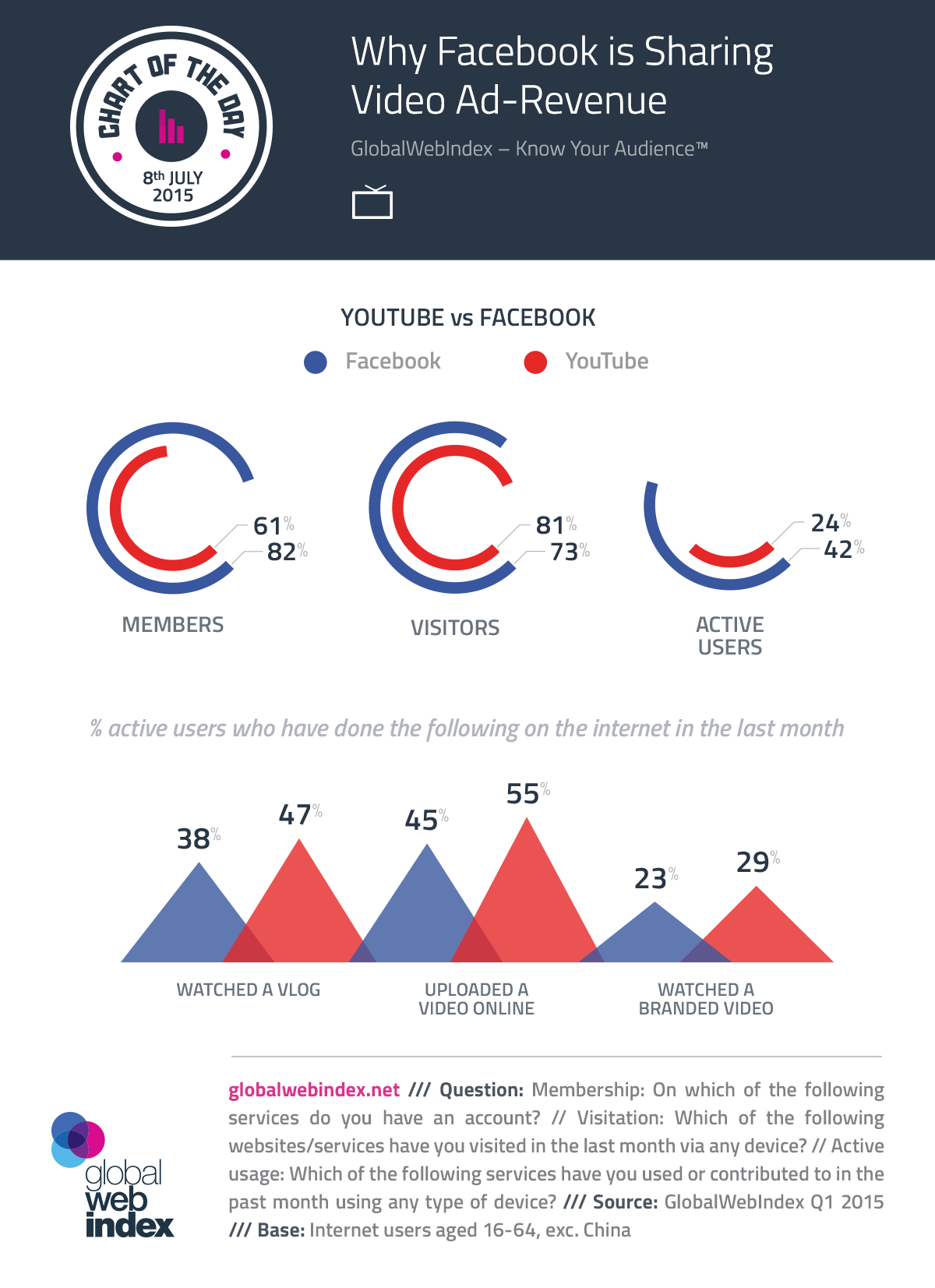