Last week, Facebook announced that it will start monitoring how long people spend looking at individual items in their newsfeeds – with its algorithm then evolving to show more of the “content that matters to you”.

According to the company, “in many cases, just because someone didn’t like, comment or share a story in their News Feed, [it] doesn’t mean it wasn’t meaningful to them. There are times when, for example, people want to see information about a serious current event, but don’t necessarily want to like or comment on it.”

Stories will be up-weighted in importance if a user spends a greater period of time looking at them compared to other things on their newsfeed, and will provide the social networking giant with a new way of identifying which content is generating the most engagement.

But it’s also very much in line with the move towards more passive forms of networking on Facebook. As today’s chart shows, “logging in to see what’s happening without posting/commenting on anything” is now one of the top behaviors on the site (and one which is majoritarian among the key 16-24 demographic).

As smaller networks and chat apps capture much of the activity that used to take place on Facebook itself, this move will provide the company with ample ammunition to argue that even those who are browsing it passively remain engaged with the site – and hence can still respond to adverts they see. 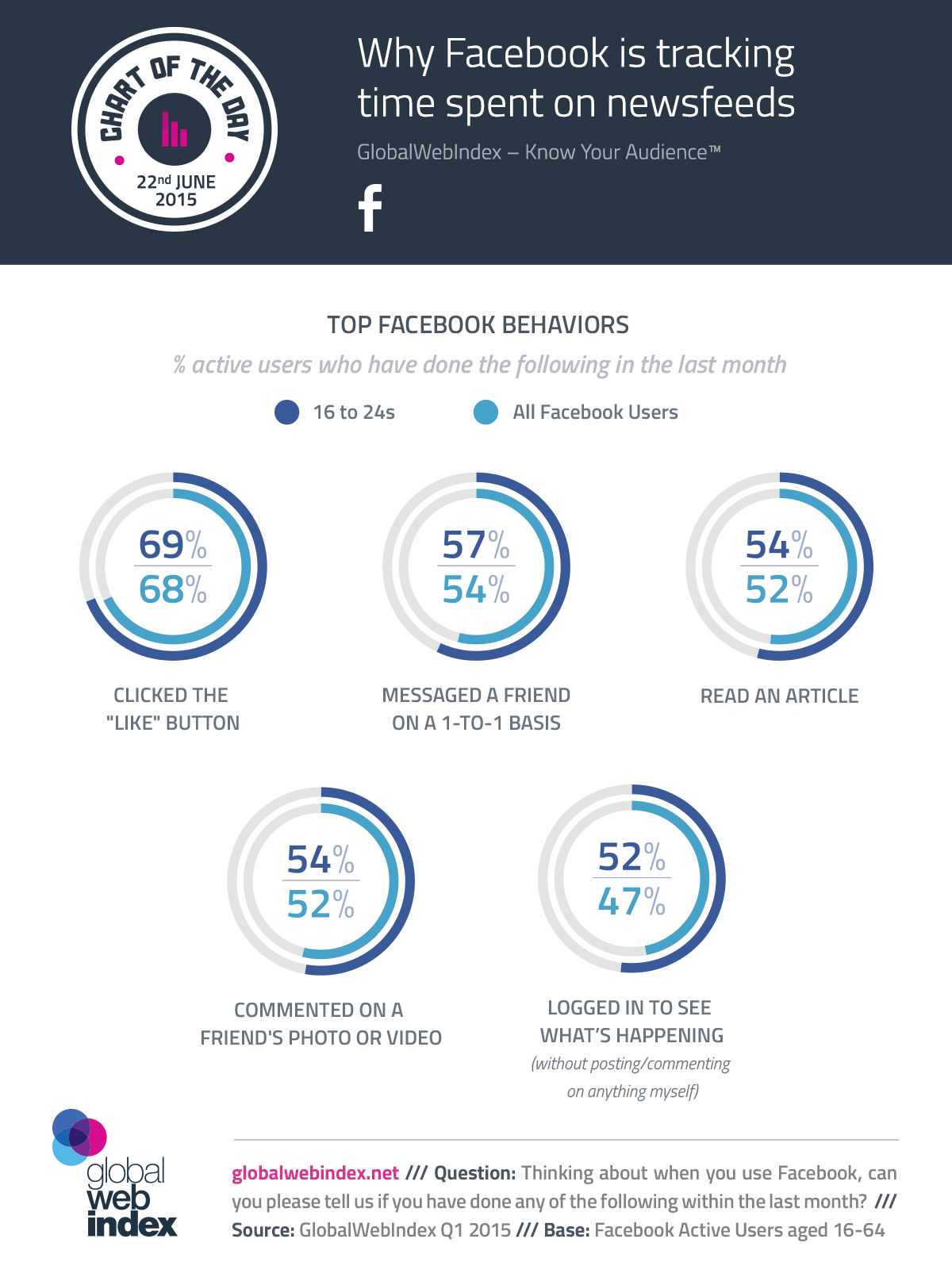