Facebook’s blogging platform – Notes – has been around since 2006 but has never made the impact that Zuckerberg & Co. wanted. At the same time, networks like Medium and Tumblr have become the go-to sites for blogging.

Now that Facebook is testing an update to the blogging platform, this week’s final Chart of the Day asks what Tumblr has to fear from a revamped Notes.

As yet, it’s only a small percentage of Facebookers who are also using Tumblr (7%). Significantly, though, it’s half of Tumblr’s active users who are actively engaging with Facebook.

Certainly, this means that a large section of Tumblr’s audience is not in the Facebook system. But if the giant of the social networking world can make Notes a viable alternative to blogging on Tumblr, then Facebook has a clear opportunity to tempt users away from the Yahoo platform. 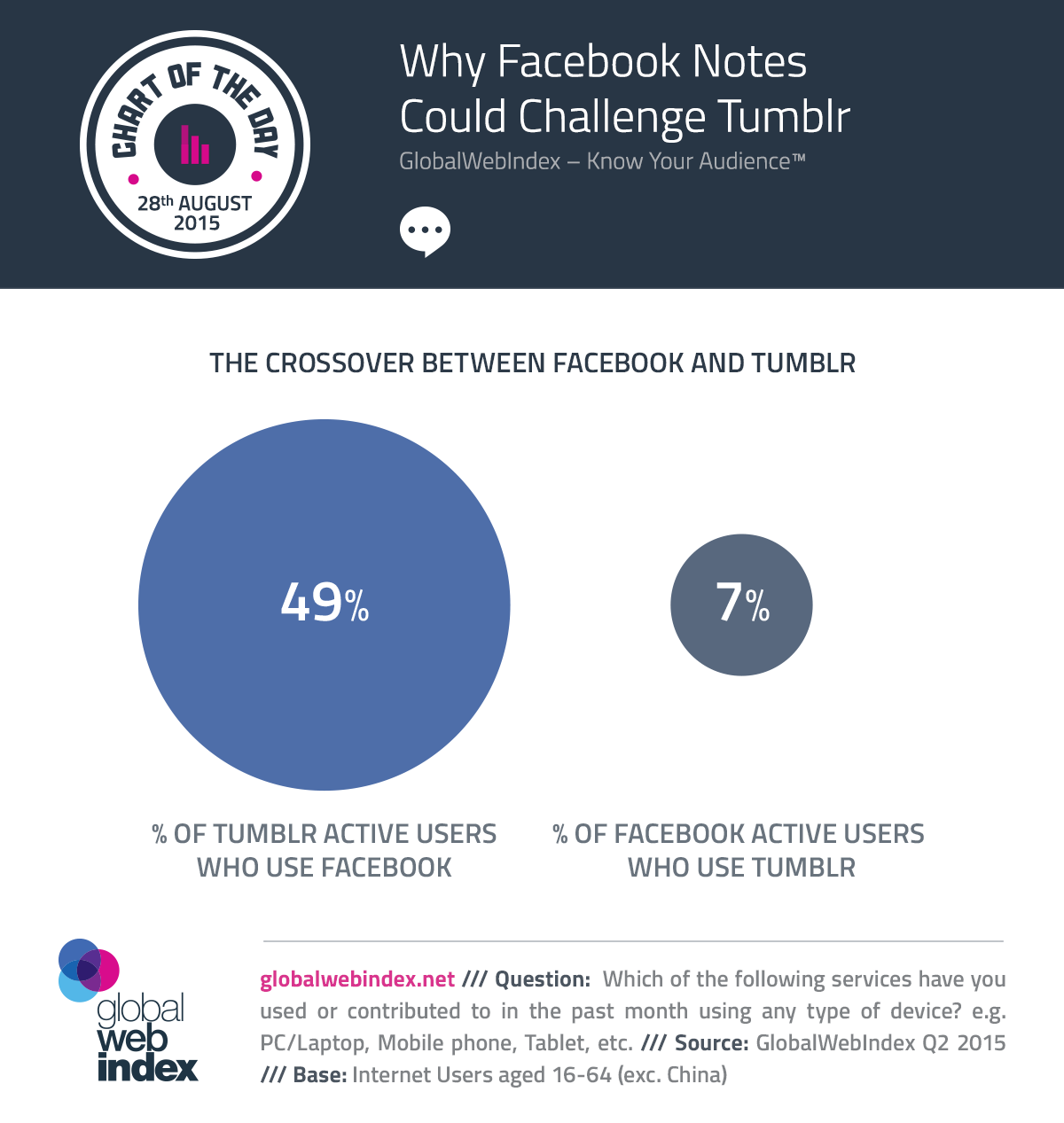