Barely a week goes by at the moment without a rumor about some sort of new feature or app that Facebook is said to be developing – hardly a surprise now that the social networking giant has reached saturation point in many markets and thus needs new ways to engage it members.

One of the most recent rumors suggests that Facebook is creating a stand-alone news app that will allow select media publications to send customized alerts about breaking news stories.

As our Tuesday chart shows, it’s a move that would make absolute sense for Facebook. At the moment, “reading a news story” is the fifth most popular action among the 20 or so that GWI tracks, with exactly half of the site’s active users doing this each month. And with reading articles also featuring in the list, it’s not hard to understand why Facebook would want to find new ways to encourage (and monetize) this type of behavior.

Throw in the fact that its active users spend a daily average of 43 minutes consuming online press/news in all its forms, and you begin to wonder why this is still just a rumor rather than concrete reality. 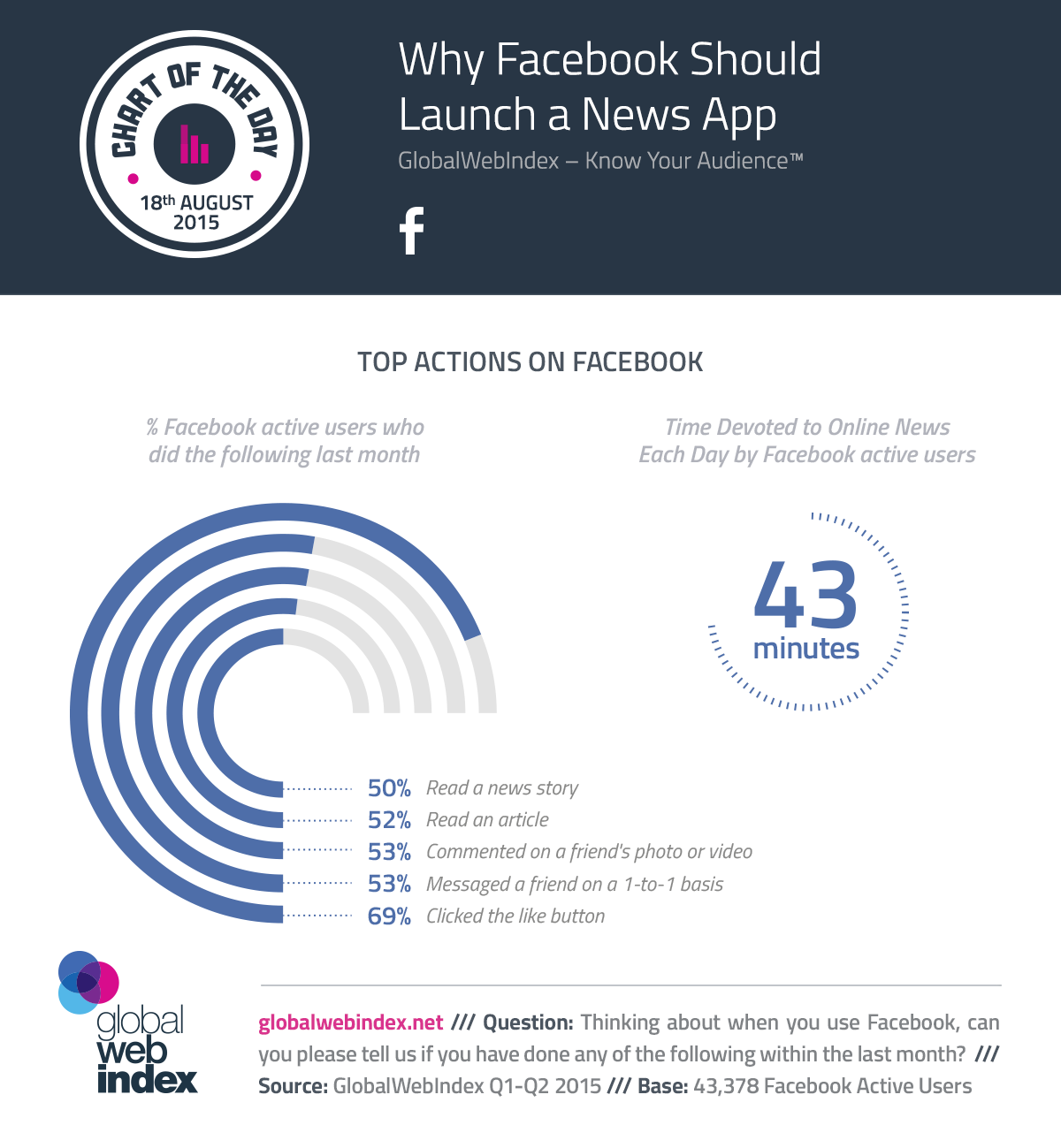