Why Google Photos has Strong Prospects

Although Google+ has always enjoyed better engagement rates in fast-growth markets rather than mature internet countries like the US and UK, it’s clear that Google is slowly evolving the service’s best and most popular features into stand-alone offerings. So, where Hangouts led, Google Photos is now set to follow.

It’s easy to see why Photos has become a priority. Look at the top 10 actions on Google+ and, after clicking the +1 button, uploading photos is the most popular ‘public’ activity. In fact, Google+ active users are more likely to be uploading photos than they are to be commenting on posts or posting status updates.

And that Google would want a bigger slice of the online photo market is a reflection of how important this area has become: GWI’s data shows that, each month, two thirds of internet users are uploading photos online. 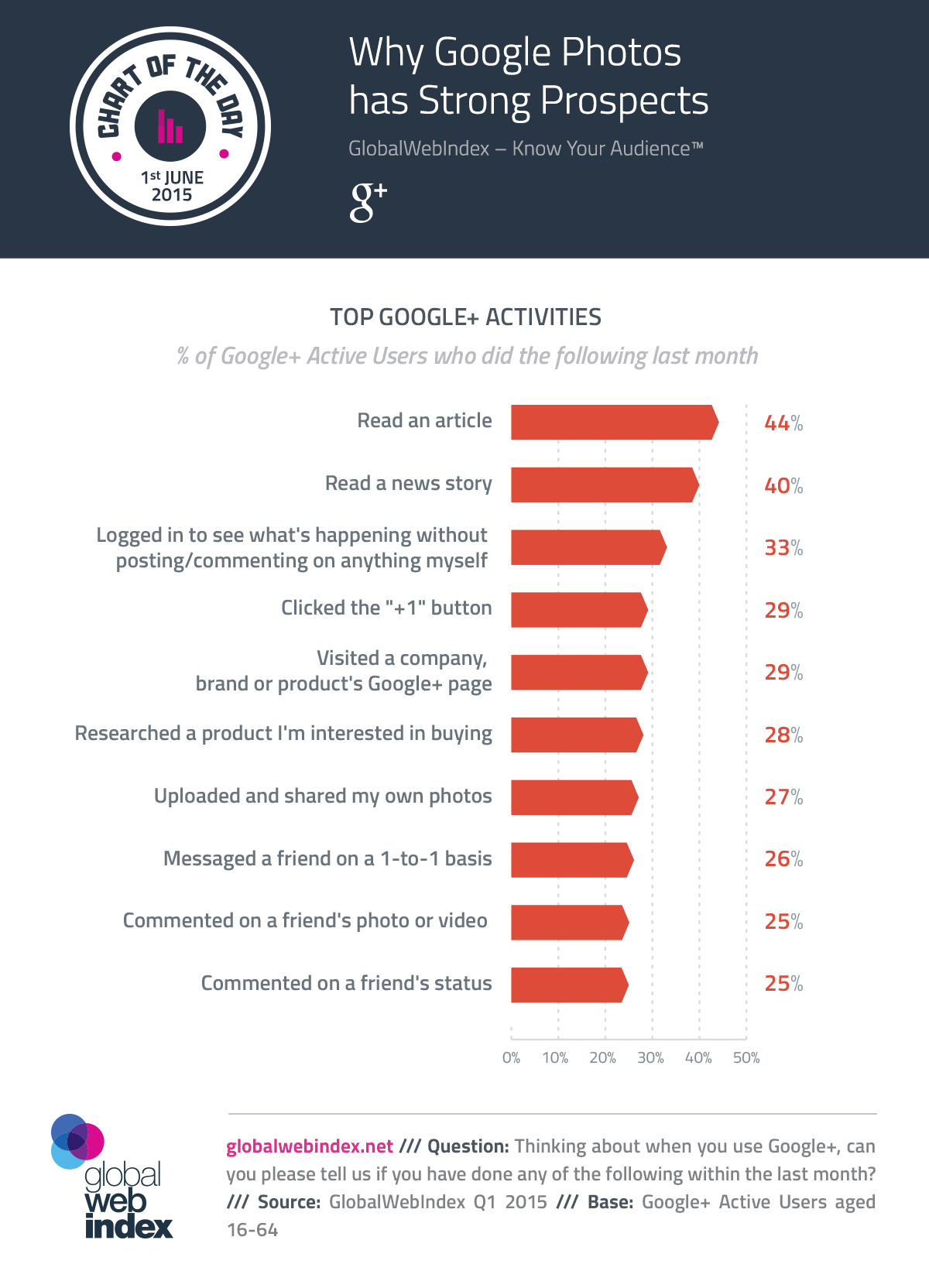