Twitter announced yesterday that it was “beginning to test a new way for you to discover and buy products”, with a small percentage of US users gaining access to a ‘Buy’ button that allows them to purchase items from within a Tweet.

Launching on mobile first – but with other platforms on the horizon for a later expansion – GWI’s figures shows why the new feature is likely to resonate strongly with the Twitter audience.

At a global level, 75% of the service’s active users say that they have purchased a product online within the last month – a figure which rises to 80%+ in countries like the US and UK.

Significantly, though, it’s on mobiles and tablets where active Twitter users over-index the most compared to all internet users; nearly half (47%) have purchased a product via a mobile within the last month, while just over a quarter (27%) have done the same via a tablet. Little wonder, then, that Twitter is looking to make “shopping from mobile devices convenient and easy.” 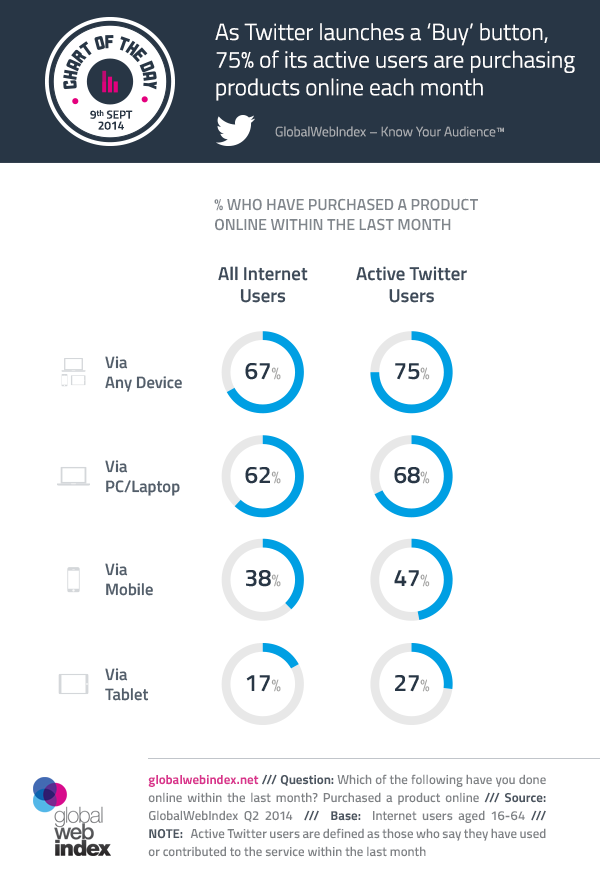