Why Rdio is Moving into Online Radio

As we discuss in our new GWI Entertainment report (get a summary version here), Rdio has some way to go before it can challenge the big names in music streaming. Even in its home market of the US, only 4% of online adults are monthly users of the service – compared to 26% who use Pandora.

Rdio’s recent partnership with more than 500 US live radio stations is a clear attempt to mark itself out from the competition. And starting in the US is a smart move: internet users in North America are the biggest consumers of radio in both its traditional and online forms.

Rdio’s new initiative could also do much to keep its existing user base happy as it attempts to fight off the advances of other services (most notably Apple Music and its radio station, Beats 1). It’s not just that over 40% of Rdio users listened to live online radio last month. It’s also that Rdio listeners tune into radio for significantly more time than the average person; each day, this group averages 1.80 hours of broadcast radio and a slightly higher 1.88 hours of online radio. 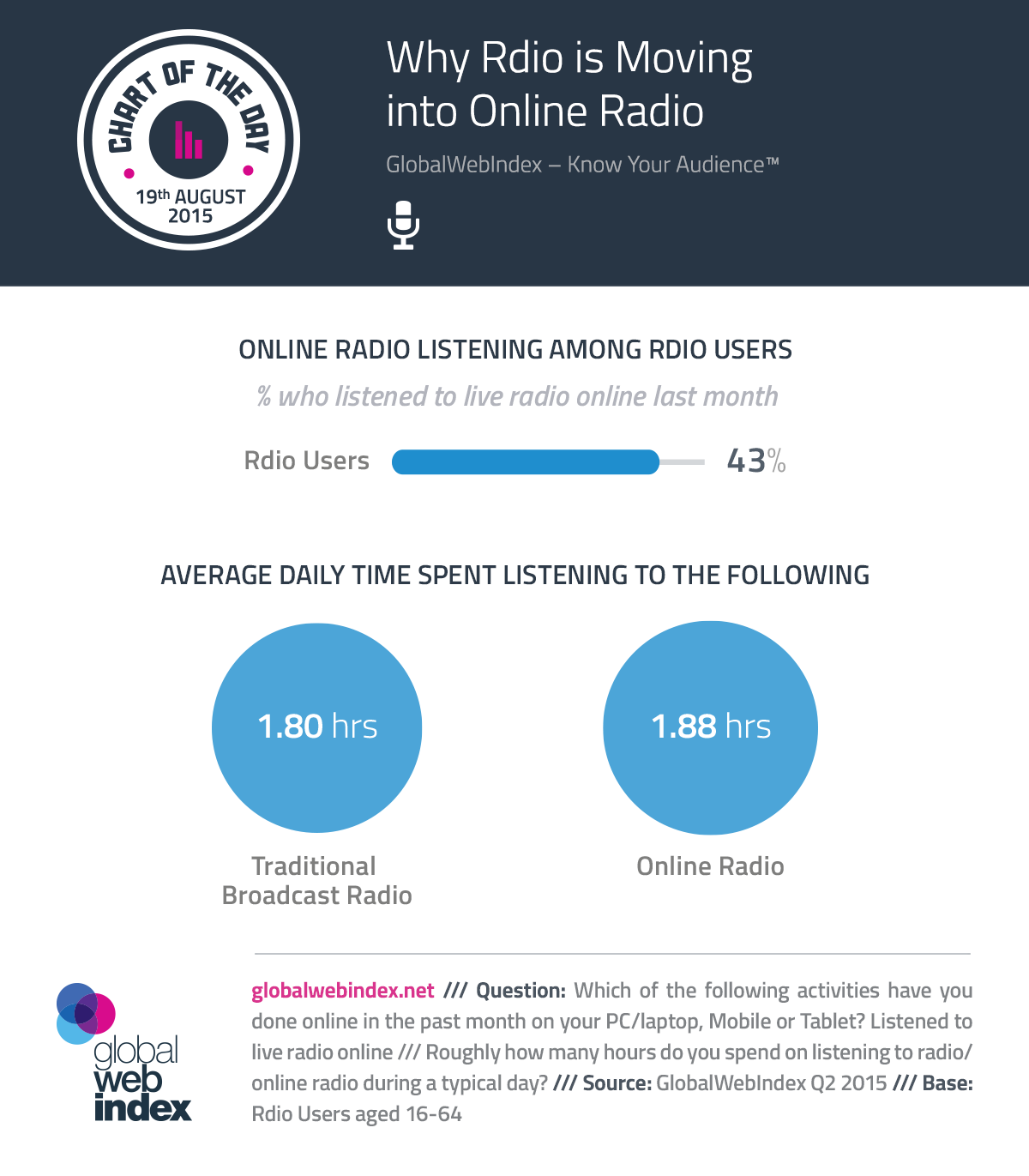