This is a clear move to increase its wider appeal and to evolve its image. As Tuesday’s Chart of the Day shows, Reddit’s strength is in its younger users (6% of 16-34s are using it monthly). However, active usage tails off among older age groups. By region, usage rates peak at 7% in MENA and 6% in LatAm, with Europe notably behind at just 3%.

To move beyond these relatively small figures, Reddit needs to appeal to a different kind of internet user – and Upvoted could be the key here. Reddit’s content is something which news-sites have capitalized on in the past; by channeling this content into its own streamlined service, the platform can boost revenue with sponsored content, take credit for its own news-worthy material and, most importantly, attract a new base of users. 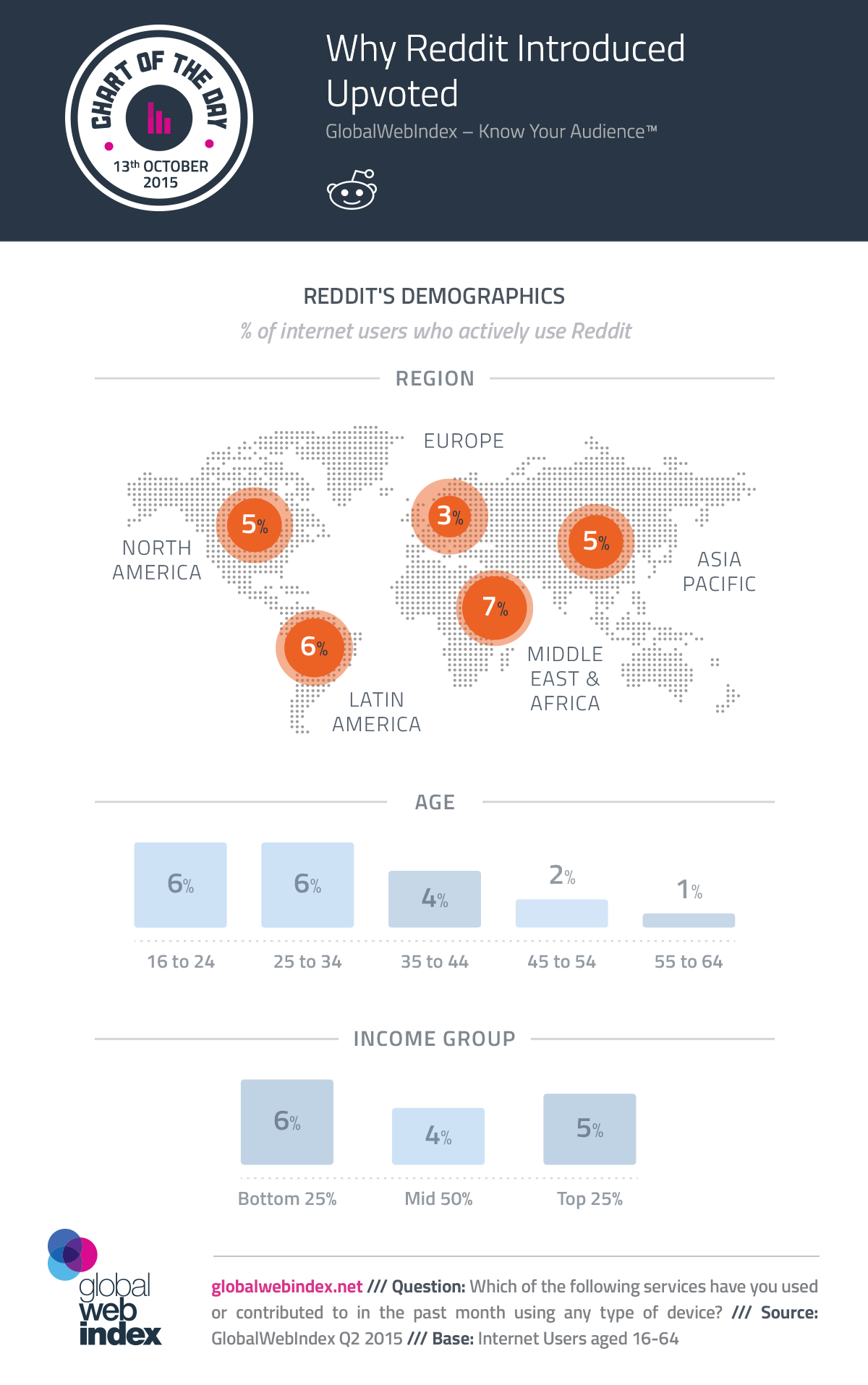