Why Shazam is worth $1 billion

With rumors abounding that Shazam is considering a public stock offering or is about to accept a takeover bid, the future seems bright for the music recognition app that was recently valued at $1 billion.

It might only be 4% of internet users aged 16-64 who say they are using Shazam each month but the key fact here is how many of these users are buying music online (and keeping Shazam’s revenue streams open).

As we discuss in our new report on Shazam Users, the app’s audience are much more likely than average to be paying for music online. In fact, last month over a third paid for a music download and 3 in 10 paid for a streaming service like Spotify or Deezer.

Looking at the demographics of Shazam Users shows that 25-44s are the most likely age group to be paying for music online. Figures are also highest among the top income group as well as in APAC.

To find out more about the online behaviors and attitudes of Shazam Users, download the audience report here. 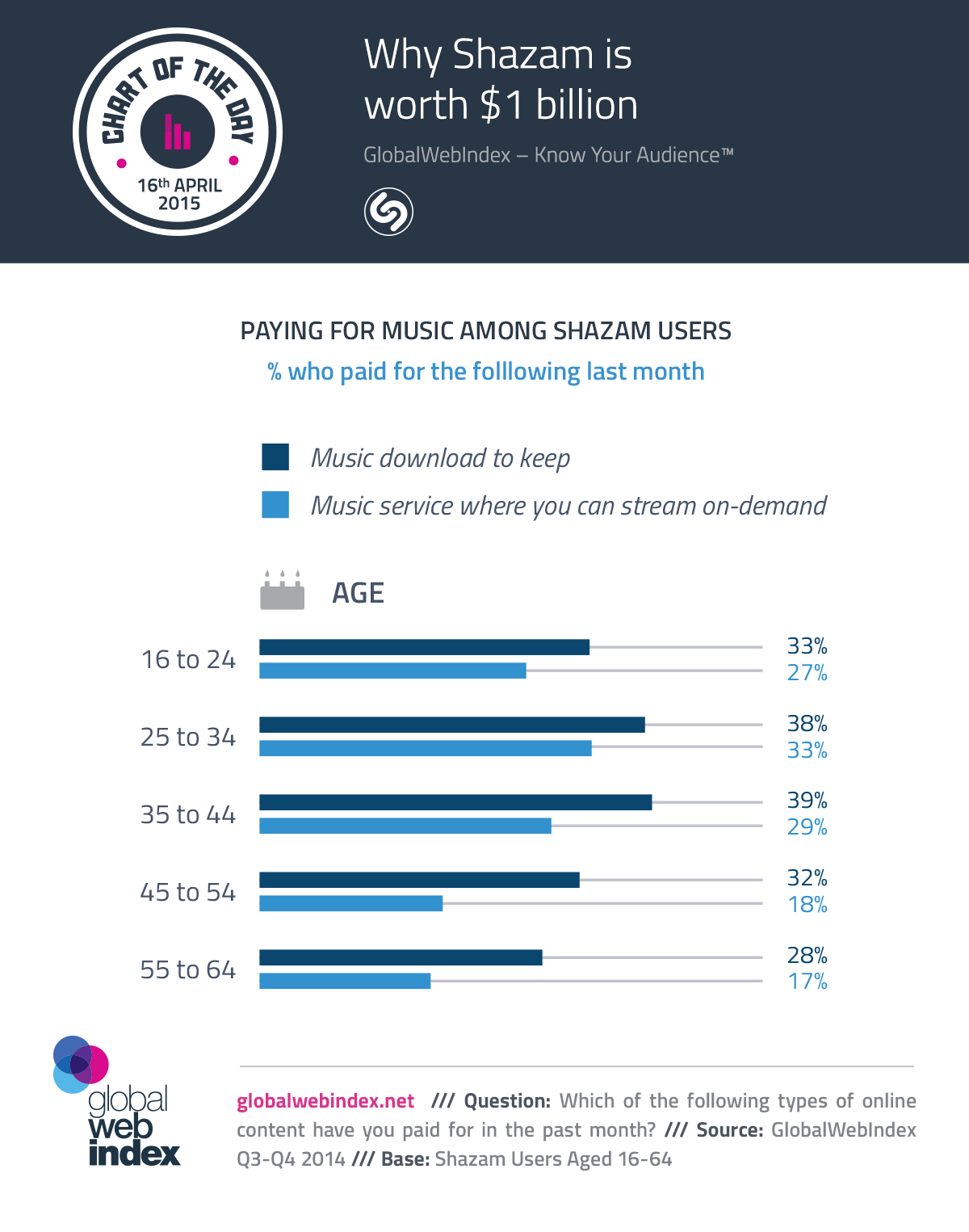