Why Tumblr is introducing Sponsored Apps

One of the most important conclusions in our new GWI Social report is that Tumblr is now the fastest growing social platform outside China. Comparing Q1 to Q3 2014 active user numbers, Tumblr grew 120%.

With the platform expanding so rapidly, Tumblr’s launch of ‘‘Sponsored Apps” – ads designed to direct users to Google Play and the App Store – is a clear attempt to open a new revenue stream.

By taking the form of sponsored posts, users will be able to like and share them across the platform. Initially, they will be targeted at mobile users only. This won’t limit their reach, though: 80% of Tumblr’s active users are getting online using a mobile, almost as many as are using a PC or laptop.

Tumblr’s early focus on mobile gaming ads is also a smart move considering the majority of its active users are aged 16-34. Indeed, 45% say they play mobile games each month and a fifth report having paid for a mobile game in the last 30 days (putting this audience notably ahead of average). 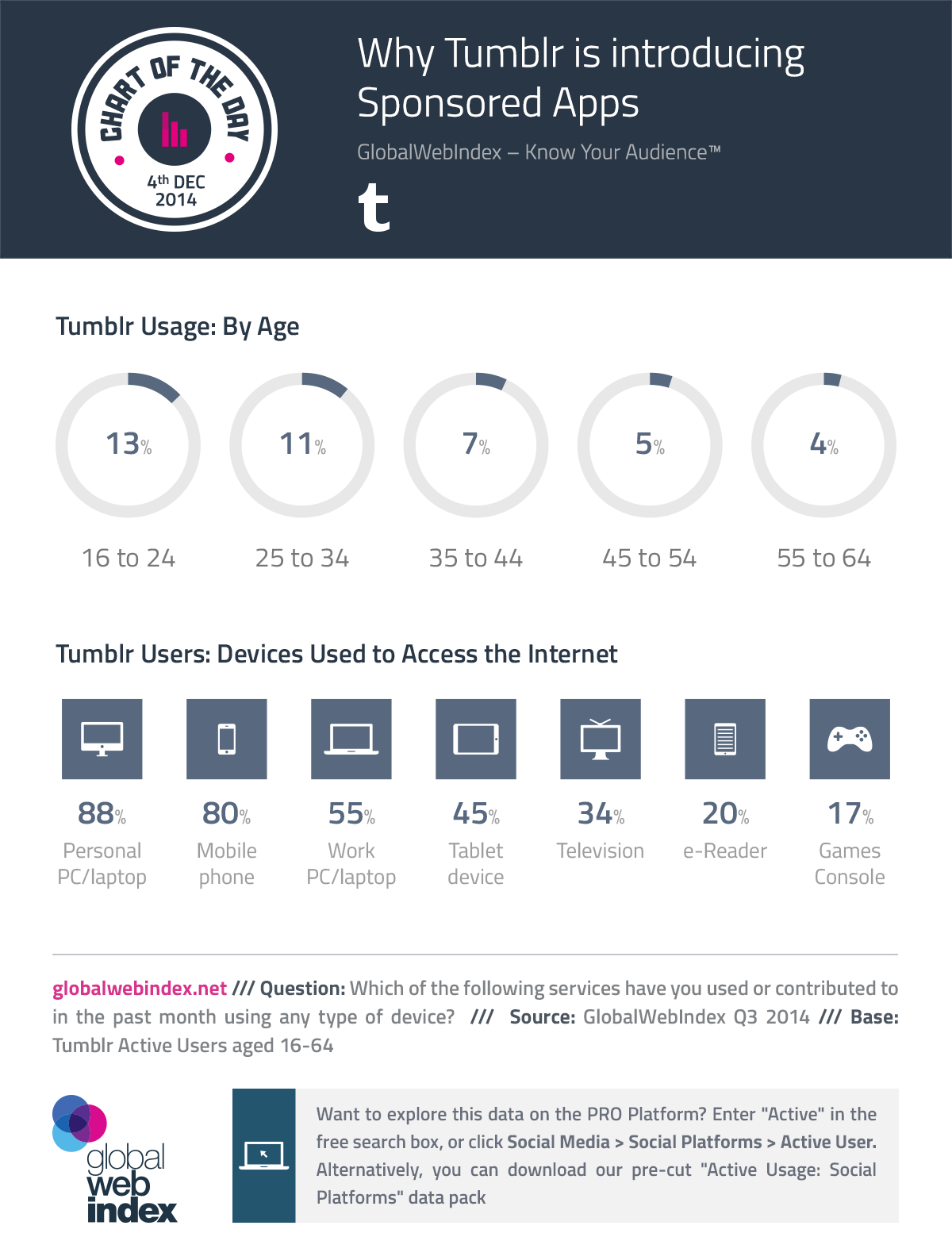