Why Twitter’s audience is bigger than you think

For Tuesday’s blog post, we draw on more data from our brand new Twitter Users audience report to look at the different ways that people are engaging with the micro-blogging platform.

Typically, social networks are still judged on their member and active user numbers. But, from region to region, it’s clear that Twitter has a large number of people who are visiting the site without considering themselves to be active users. Globally, in fact, Twitter’s visitor number is 10% higher than its active user one – with the differences between the two measures being greatest in LatAm and MENA.

Significantly, some of these visitors don’t even have an account on Twitter. Globally, some 7% of non-members say they have nevertheless visited Twitter during the last month, with the figure climbing as high as 20% in a country like Saudi Arabia.

All this makes it clear why Twitter’s CEO has been making noises about the importance of its “logged out” or unregistered audience. Factor in these additional individuals and the micro-blog is engaging far more people than is often recognized. 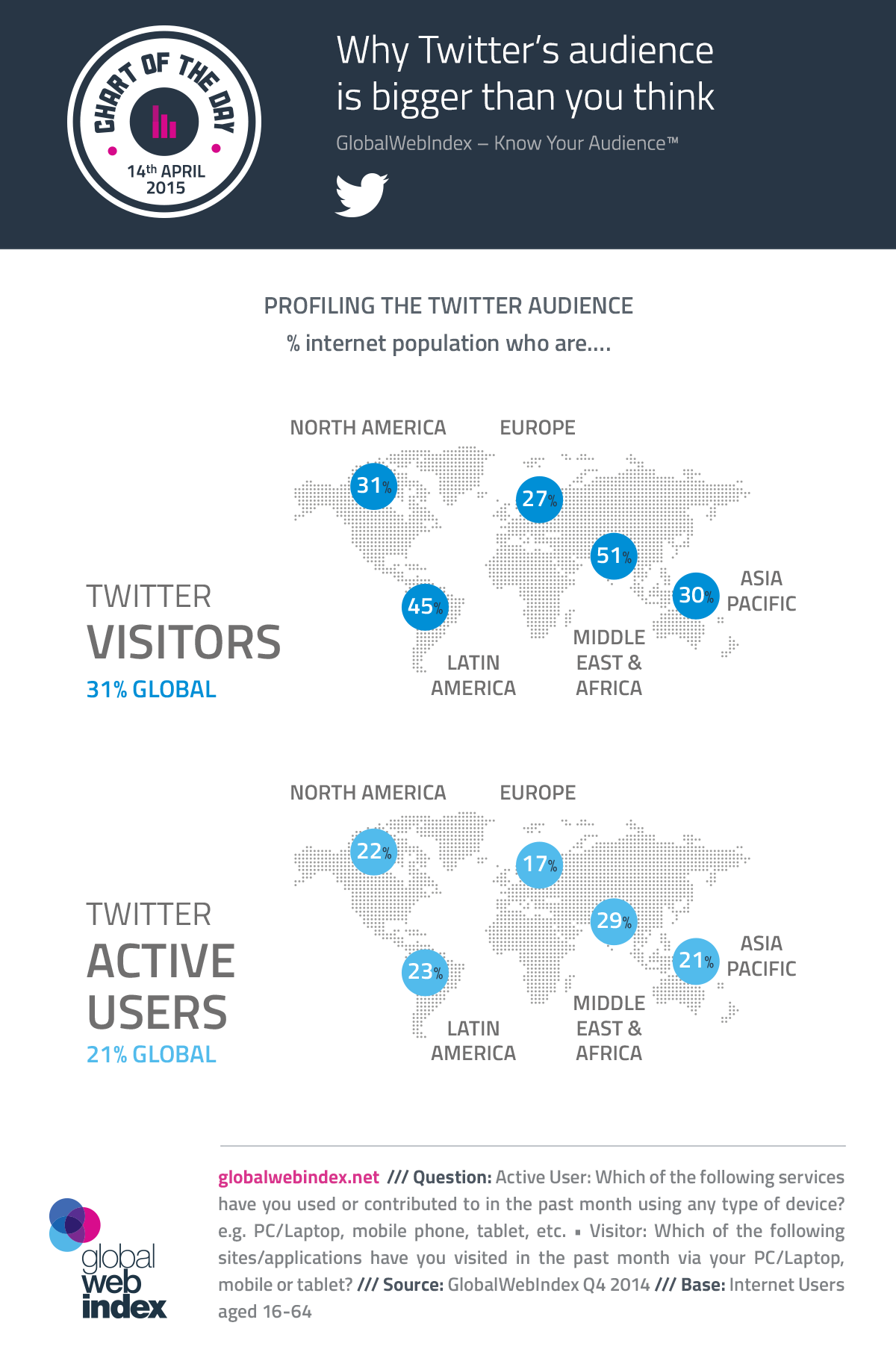