Twitter was in the headlines again last week by announcing the arrival of a “retweet with comment” feature – allowing users to feature existing tweets in their own posts without using up valuable characters.

As we discuss in our new Twitter Users Audience Report, it’s a smart move by the micro-blogging platform. Look at the top 10 Twitter behaviors among active users and retweeting friends features pretty prominently – it’s the fifth most popular action, with close to 1 in 3 doing this on a monthly basis. What’s more, 1 in 5 Twitter users say they’ve retweeted a celebrity, while the same proportion report having retweeted a product, brand or company.

Little wonder, then, that Twitter wants to make the whole retweeting process as easy as possible.

For more insights on the Twitter audience – including engagement by country, the demographics of its user base and their behaviors on other social networks – download our new audience report from the Insight Store here. 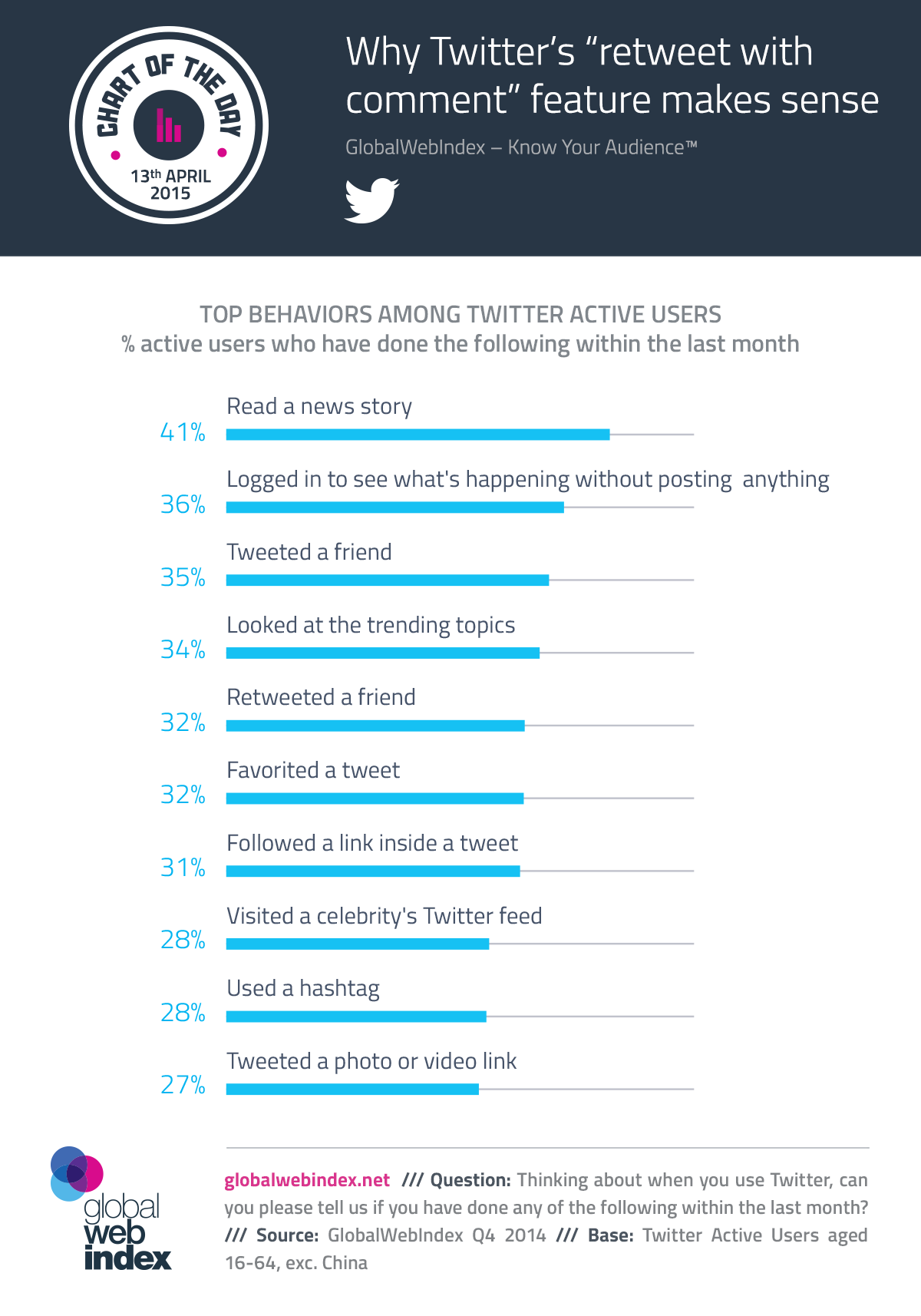