In its Q2 earnings announcement last week, Twitter gave itself a hard time for recording what it called disappointing levels of growth in active usage.

But with multi-networking across numerous services now being the norm for many consumers, it’s arguably visitation rather than active usage which matters more for a network like Twitter (which, after all, will always be used in a different way to a site like Facebook).

Ask internet users if they have actively used Twitter in the past month and it’s only a fifth who say yes. But ask the same people if they have simply visited Twitter in the last month – without necessarily contributing anything to it – and suddenly the figure rises to 33%. That’s a pretty big jump, and one which puts engagement with Twitter in a much better light.

These trends make it clear why Twitter’s next CEO needs to prioritize the micro-blog’s logged-out visitors – something which its Lightning Project is intended to do. By better engaging, and then monetizing, these visitors, Twitter’s future earnings announcements could be a lot more optimistic. 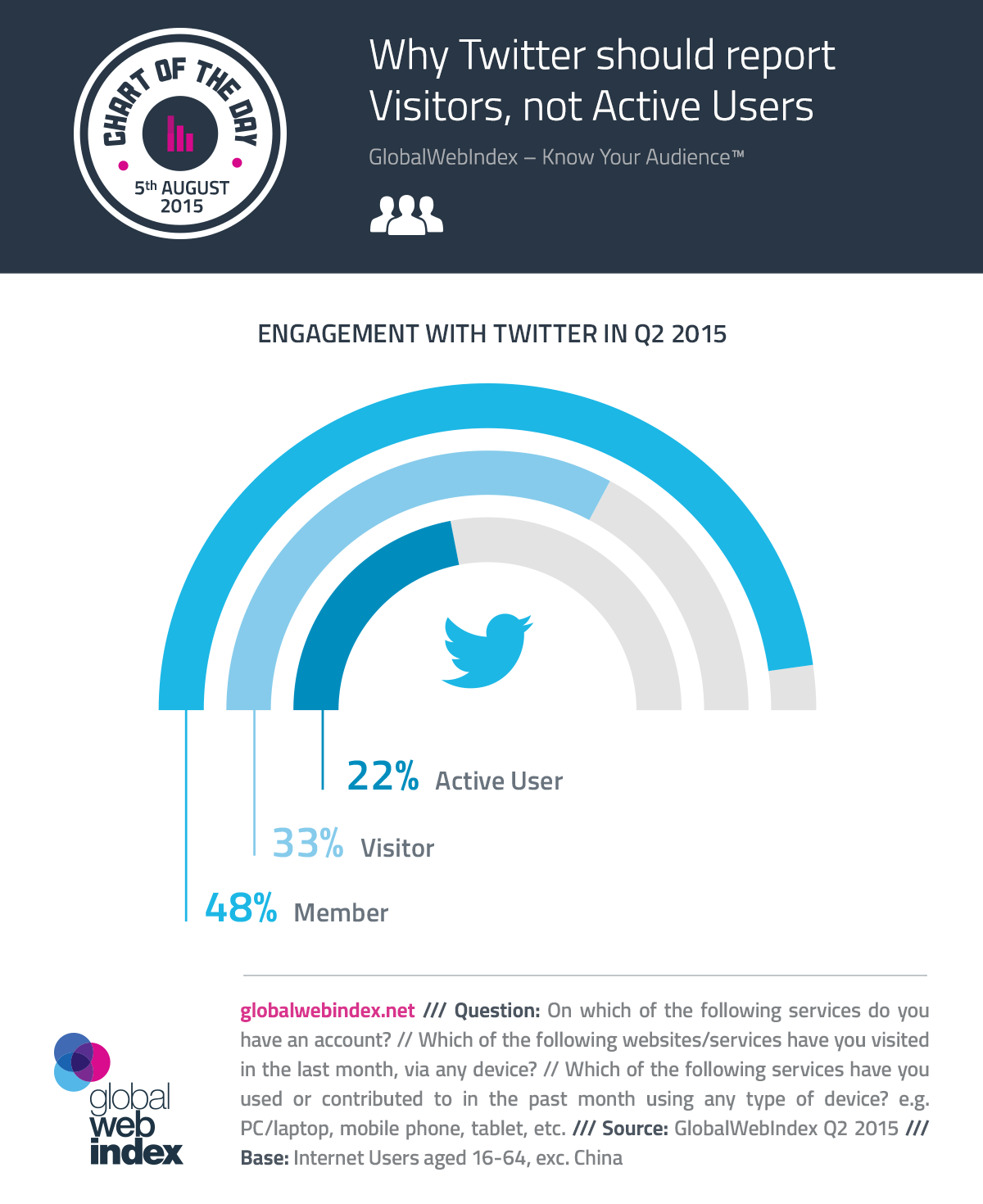