Why Viber bought a gaming company

In the mobile messaging wars, Viber is somewhat behind market-leaders like Facebook Messenger and WhatsApp; just 5% of internet users aged 16-64 say they use Viber each month.

However, Viber can claim some relatively high usage rates in the Philippines and Vietnam (where 1 in 4 are regular users) as well as in Ireland (where a fifth use it). What’s more, Viber’s recent acquisition of social gaming software development firm Nextpeer suggests that it’s following the lead of names like WeChat and LINE by driving further growth through better integrating gaming into its platform.

It’s a tactic that is likely to pay dividends, with GWI’s data showing that Viber users are keen gamers; last month, three quarters of them in fact used a gaming app – rising to over 80% among the key 16-24 demographic.

Convincing these gamers to stay within the Viber platform could bring significant rewards, especially as almost a quarter of Viber users say they have recently made an in-app purchase (putting them 2.5x ahead of the average). 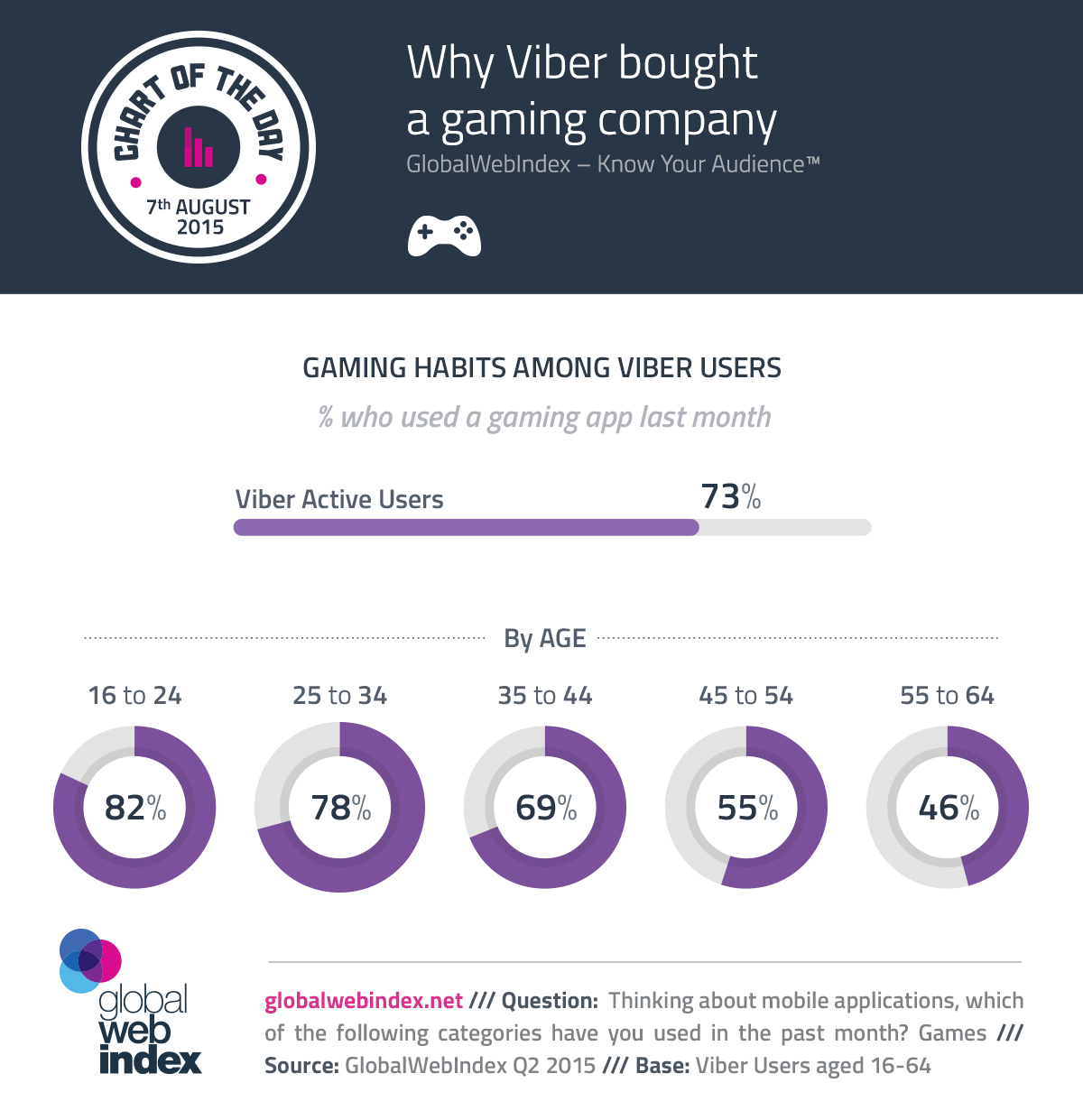