Will Xiaomi Continue its Rapid Growth?

The rise of Xiaomi has been one of the biggest news stories in the smartphone world in recent years. But last week’s announcement that the company’s sales have slowed considerably has had many wondering whether Xiaomi will fulfill its ambitious plans for expansion.

So far, Xiaomi has (unsurprisingly) seen its biggest impact in its home market. 15% of internet users in China now own a Xiaomi phone, as many as have a Huawei and only 10 points behind market leader Samsung.

China also tops the list when we look at which handsets internet users say they would definitely consider buying in the future. Several other Asian markets also post decent figures.

But in almost all of these countries, Xiaomi lags far behind established brands like Samsung and iPhone when it comes to purchase consideration. So, there’s certainly room for growth here, but perhaps not at the explosive rates that Xiaomi has enjoyed to date. 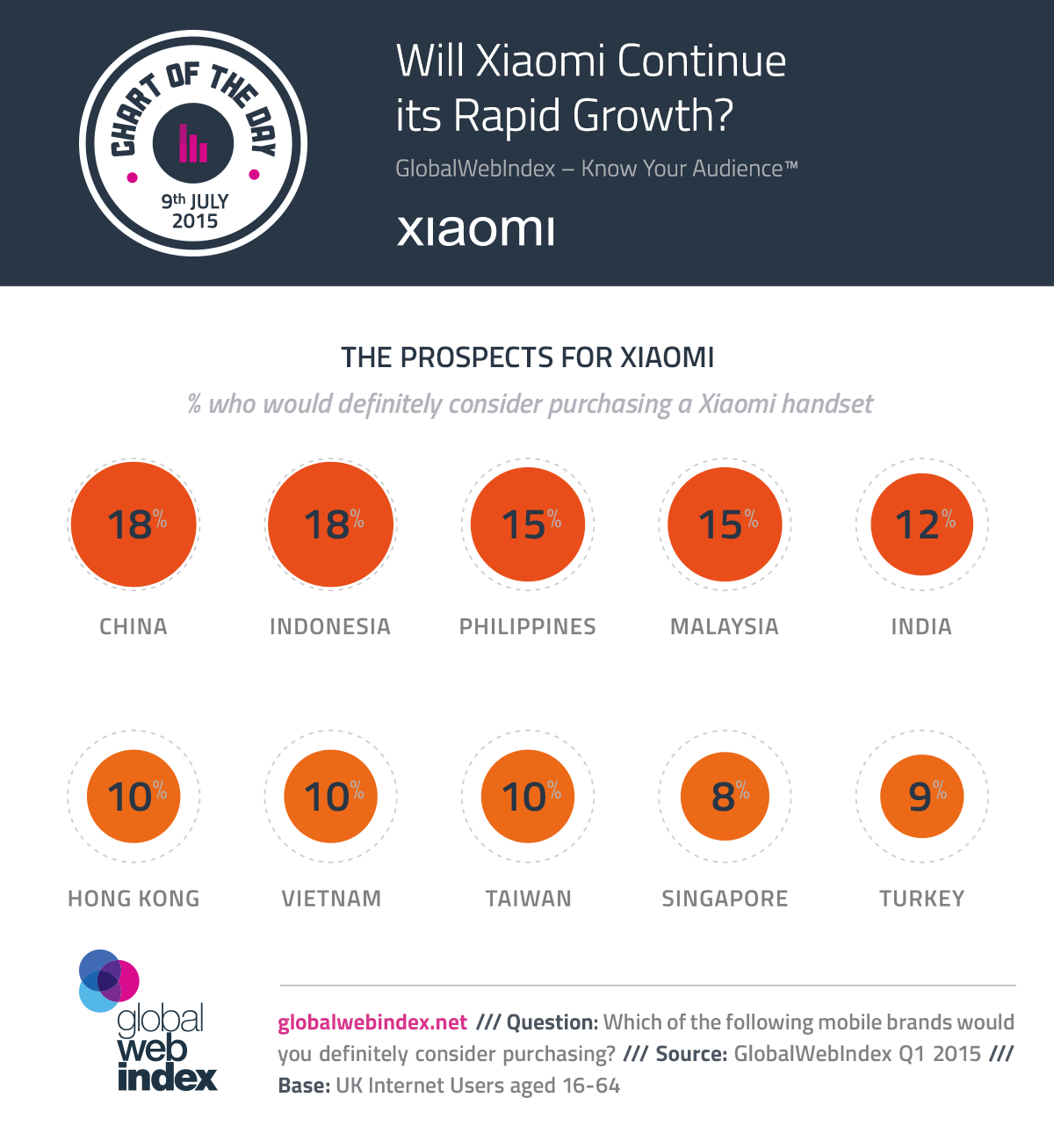