Xbox One Users Spend the Most Time Gaming

With the PlayStation Pro and Xbox’s upcoming Scorpio console striving to offer gamers an even more immersive gaming experience, today we look at how long users are typically dedicating to this activity.

When we asked 17,990 console users how long they spend console gaming each day, it was the Xbox One and Nintendo Wii U users who dedicate the most time to this activity, clocking up a daily average of around 2 ½ hours. PS4 users then fall slightly behind on 2:15 hours, something which is particularly notable given that it tends to outscore the other next-gen consoles for both current ownership and future purchase consideration.

Look further down our list and it’s the last-gen consoles which attract the least amount of time each day, a result of their next-gen counterparts supporting the latest gaming titles with state-of-the-art graphics. So, while next-gen consoles are yet to match their last-gen predecessors in terms of ownership figures, it’s clear that those who do choose to purchase them go on to use them pretty avidly. Get a free summary version of our new GWI Entertainment report here. 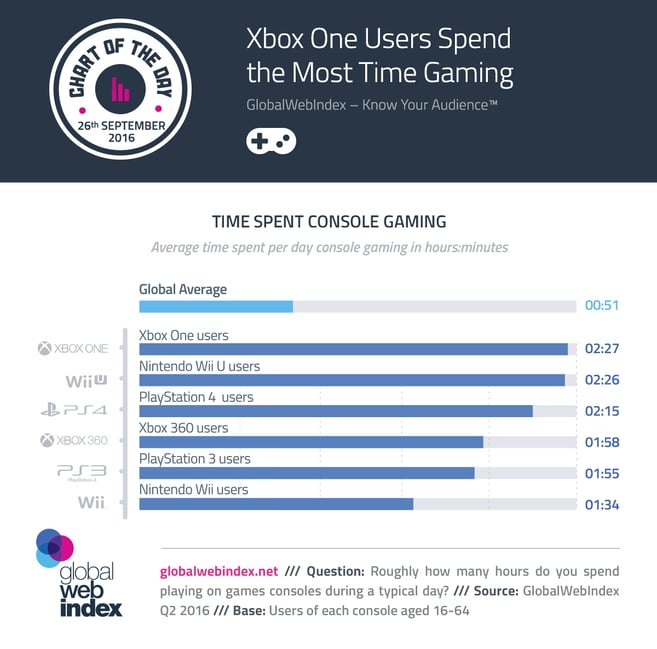