With voters in Scotland heading to the polls next week to decide whether or not to remain part of the UK, our final Chart of the Day this week draws on data from a special re-contact study to profile the attitudes of the “yes” and “no” groups.

Elsewhere, further clear divisions emerge. Pro-independence voters have a greater sense of optimism about the economy and – perhaps most tellingly – a much greater desire to stand out in the crowd, to take risks and to pursue a life of novelty and change. Compared to “no” voters, those in the “yes” group are in fact nearly 50% more likely to describe themselves as risk takers (32% vs 22%).

Look out for further insights on Scottish voters being released next week via our Twitter feed. 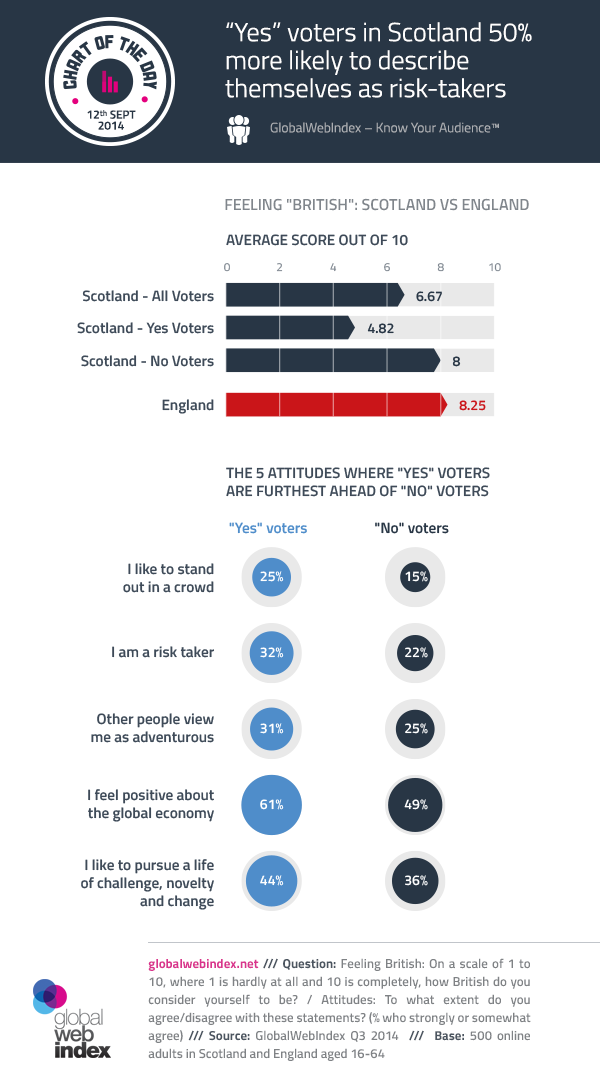