Young Americans most likely to be Cord Cutters

As our new Cord Cutters report shows, Pay TV operators may still be able to rely on a well-established user base but the continually expanding digital libraries of content streaming sites are convincing some television lovers that they don’t need cable/satellite services to get their TV fix.

Our data shows that it’s already a significant 1 in 20 internet users around the world who have decided to cut the cord – that is, they are paying for a TV/film streaming service but not for a cable/satellite TV subscription.

Considering the short period of time that cord cutting has been a viable alternative, it’s clearly important that 5% are choosing online over traditional TV. What’s more, the demographic profile of this group suggests that this trend will become more prominent in the years ahead.

Perhaps most importantly, in the TV-obsessed US, 9% of 16-24s are in the Cord Cutter camp. That means it’s now a significant section of the youngest consumers in the US who are falling outside the influence of the traditionally dominant cable TV companies. 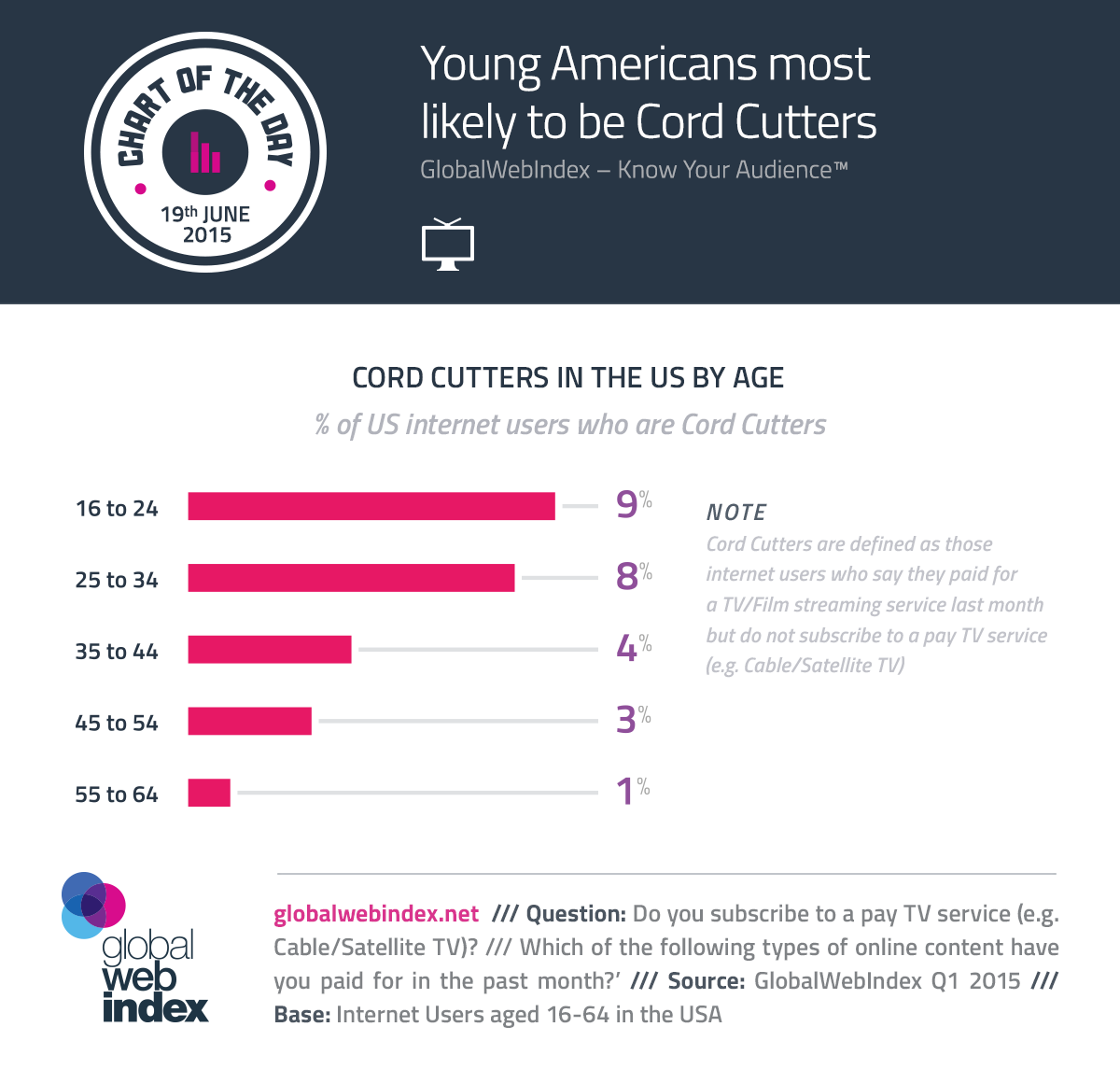