Two years have passed since the World Health Organization declared Covid-19 a pandemic. Flights were grounded, sports competitions were suspended, and half of the world’s population was told to stay indoors. At the time, virtually everyone wondered if life would ever be the same again.

So, 24 months later…is life the same again? What habits have stuck? Are we “back to normal”? And does normal even exist anymore?

Using two years of syndicated and bespoke research into consumer attitudes and behaviors, we’ve gathered the best insights on where people are at right now, and the journey they went through to get there.

Staying in was the new going out

When lockdowns kicked in properly in early 2020, it wasn’t surprising that anything to do with moving around (like taking public transport) or going outside for entertainment took a big hit.

What was more surprising (and in the long run, perhaps more important) was that interest in these topics also declined.

This is now starting to recover, but it’s still below 2019 levels. Consumers simply aren’t as invested in going out as they once were.

On the flip side, many habits picked up from staying at home – like playing games and cooking – are still very much in vogue.


Online entertainment has also claimed new ground in the battle for attention. Initial lockdowns boosted virtually all forms of media, although offline channels like physical press and broadcast TV have now gone back to their pre-pandemic trends and are declining again. Online TV and music streaming saw the biggest peaks, helped by older consumers using them for the first time.

But any subscription business will find the rest of 2022 tough going, as new entrants and cost-of-living concerns will make consumers think harder about their monthly bills. In the US, feeling that online TV subscriptions are too expensive has grown 27% since Q2 2020, while plans to cut the cord are down 8%.

It’s little wonder that March to April 2020 saw some weighty predictions about the world’s future – that was the time when people were most concerned about the pandemic.

Concern about Covid was massive in the first wave, but then consistently dropped, even as subsequent (deadlier) waves sprung up. Even with massive disruption to their lives, consumers adapted.


But even as concerns about the virus have dropped, other changes have made an impact. Across finances, the environment, and a sense of what’s truly valuable in life, Covid has left a deep impression.


By working at home and saving money on travel, some have built up reserves that they’re itching to spend. Other people have been made redundant and seen their industries badly affected by the pandemic. They’ve ended up worse off, and more bad news may be coming soon.

With energy bills and food costs set to rise, and with concern over the cost of living growing more than anything else in our Ukraine conflict research, this gap will only widen further.

Ecommerce grew, but has dipped recently

For those who have money to spend, they’re much more likely to be doing it online. Every sector has seen its share of online sales grow, with alcohol and grocery seeing some of the highest increases.


Cost has become less important when making purchases in-store or online, though the shockwaves of the Ukraine crisis will likely reverse this.

One lasting change will be the priorities in online delivery. The speed in which something gets to the door is becoming much more important with the growth of ecommerce. Even more so than how much it costs.

Travel is starting to turn the corner

As with most out-of-home activities, it wasn’t just travel behaviors affected by the pandemic, but interest too.


As interest rebounds, two consumer segments will emerge. There will be the bucket list types, eager to finally go on that big adventure, and then there will be the more cautious travelers who, after two years of disruption, want brands and experiences they trust.

The first group will respond to marketing that plays on romance, self-discovery, and the unknown.

The second group will prefer marketing that gives them the facts, offering them assurance about what they can expect – something that can be helped with creative use of customer data.

Physical and mental health have both been affected

As with income, the pandemic has created different outcomes on consumer health.

Stay-at-home orders may have forced people to stay put, but some still managed to get outside for exercise, with more consumers getting on their bikes or lacing up their running shoes.

But consumers are now more likely to report feeling unwell, and we’ve also seen hints of the impact of long Covid in our research.

This again highlights the different experiences of the pandemic.

For some, lockdown was a chance to try new exercise habits in relative safety, while others had to deal more directly with the threat of infection. Or, we might be witnessing a newfound openness to feeling off. The prevalence of a health-related crisis, and the prioritisation of our mental health, has encouraged us to be more honest and forthcoming about feeling sick.


But all types of people have endured the so-called “hidden pandemic” on their mental health. Mask mandates and social distancing may become things of the past, but the psychological side-effects of the pandemic will be deep and lasting.

Consumers will need support and reassurance, having lived through such an unprecedented and traumatic period.

A different story in each country

For countries with high vaccination rates, life in 2022 is turning out to be not so different from 2019. Many trends from before the pandemic have reached where they were going – it just happened quicker.

The most lasting changes will be more modest than some of the initial predictions from March 2020, and rather an acceleration than a complete step-change. Older consumers would have likely ended up shopping and watching TV online at some point – lockdowns just forced them to do it sooner.

On a global scale, it’s a different story. Some countries are still in the thick of it. This is best demonstrated by Hong Kong, previously a “zero Covid” success story, experiencing a death rate two years into the pandemic even worse than what the US experienced during its first wave in 2020.

To give a more granular picture, we’ve created a score inspired by The Economist’s “normalcy index”, which lets you see where a country sits in relation to that 2019 benchmark, based on an aggregate of some data points from this piece (use of public transport, buying foreign vacations, visiting restaurants), and a few others.

Select a country from the dropdown menu to see, with all those things taken into account, how close a given country is “back to normal”.


As with The Economist’s metric, we find that Egypt is one of the only countries to get back above the 2019 benchmark, and some countries have had unexpected outcomes. Israel has been a leader in the vaccine rollout, but low interest in foreign vacations means that it’s actually still quite far from where it was in 2019.

Regardless of where you are in the world, we’d all like to move on from Covid. But from all of the research we’ve collected in the past 2 years one statistic stands out more than most. Showing us all the need to learn the lessons from how people behaved, what they felt, and the toll it took on them:

64% of consumers think another pandemic is likely to happen in their lifetime. 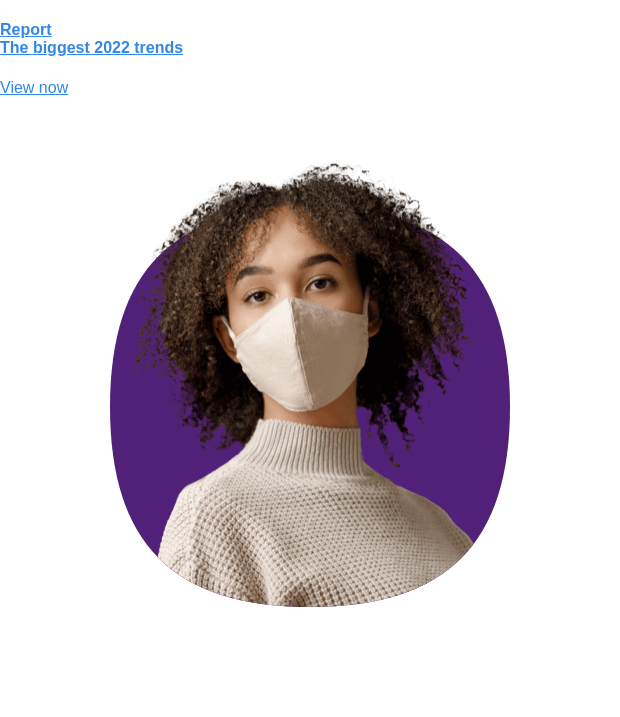