Back in March, before most countries had entered full “lockdown”, just a fifth of the consumers we surveyed globally expected the coronavirus outbreak in their country to last longer than six months.

Fast forward to the middle of summer, and that picture had changed dramatically. By July, the number had risen to two-thirds. A fifth now thought it would take longer than a year to be resolved.

As the full impact of the coronavirus outbreak became clearer to consumers, mindsets changed quickly: this was going to be a long-game, rather than a short-term moment of disruption.

Simultaneously, marketers and planners realized changes in consumer behavior might not be so fleeting as first thought; instead of just adapting to cope with a temporary period of restrictions, behaviors were evolving into a ‘new normal’ way of doing things.

Consumers adapted, and liked the results.

In many cases, consumers found their adaptive behaviors delivered outcomes that were equal to, or better than, their pre-coronavirus habits.

Workplaces around the world found mass remote working was viable. Fitness enthusiasts acknowledged that in-home exercise was more effective – or tolerable – than they imagined. Hundreds of millions of people (re-)discovered their inner chefs.

Some have positioned the pandemic as The Great Reset – a moment when many expectations, behaviors and attitudes will be reconfigured.

This is undoubtedly the case in some areas, but separating fact from fiction requires important caveats.

Firstly, our trended data shows pronounced differences in countries which experienced early “success” (China, New Zealand, Germany) vs. those where infection rates have continued to rise.

Where governments were able to suppress or contain the outbreak relatively effectively, consumer concern levels dropped quickly. And, crucially, people were much more likely to say they planned to revert to many (though not all) of their pre-pandemic behaviors.

Secondly, the early months of the pandemic saw consumers spending more time on a wide range of media consumption and home-focused activities. But enthusiasm for many of these has waned among some groups as time has moved on.

Thirdly, our data shows that large majorities of those saying they were spending more time on various activities were already engaging with them prior to coronavirus.

Put more simply, most people who said the pandemic meant they were spending more time on something like music streaming were already music streamers prior to the disruption.

It wasn’t so much new audiences taking up the activity, but existing audiences engaging more frequently or intensively.

Generational shifts are where the stories lie.

Amidst the rich data we’ve collected at GWI, there are clear signs of new types of engagement – and therefore opportunities for marketers.

In most cases, these shifts aren’t among total populations. In the first part of this blog, we saw some trends which had been accelerated most prominently among younger groups.

In this second part, we shift our attention to older consumers – looking at three areas where significant numbers of boomers are engaging with digital activities for the first time.

Since GWI began tracking time spent on various forms of media in 2012, the most striking changes have been the rising amounts of time spent on “newer” activities or devices, such as social, streaming and mobile.

Younger consumers were always at the forefront of this. Older groups continued to spend far longer on traditional media – such as broadcast TV and print media – and were far more resistant to embracing digital alternatives.

Shifts seen between our Q1 and Q2 2020 data suggest the coronavirus pandemic has played a key role in changing this.

With boomers around the world confined to their homes, they have engaged with activities like social media, music streaming and online TV more heavily than ever before. Simultaneously, the increases we were already seeing for mobile have been accelerated.

Time spent on more traditional devices and activities also grew during this period, but not to the same extent.

This evolution among boomers means more eyeballs on a wider variety of screens for a longer period of time.

And with activities like TV streaming and social being among those that consumers have consistently said they will spend more time on after the pandemic (even in countries which have contained the outbreak relatively successfully), this is a trend that’s set to stay.

Mobile payment usage is up among boomers.

Across our five waves of dedicated coronavirus research in 20 different countries, one theme has been strikingly consistent: decisions, behaviors and attitudes are driven by a safety-first mindset.

Consumers most expect shops and public spaces to have rigorous cleaning measures in place.

Domestic vacations and staycations have boomed as people look to minimize risk and uncertainty over their trips. Inside stores, safety trumps convenience (with measures like social distancing and mask-wearing attracting higher levels of support than things such as longer opening hours).

Ecommerce has been a major beneficiary of this, particularly as significant numbers say they want to visit stores less frequently. But for those who want their retail fix – or for those moments when there’s no alternative to an in-person visit – the desire to minimize contact has been notable.

One consequence of this has been a diminished role for physical money, the usage of which has been discouraged by many retailers, if not prohibited altogether. This has catalyzed the already growing trend towards using mobile payment services – most especially among boomers.

Globally, usage of these services has remained on a slow but steady upward trajectory in recent quarters. But if we compare Q4 2019 to Q2 2020, growth among boomers around the world has been 2 or 3 times faster than among the total population.

That it has risen by 4 points among boomers in Asia Pacific is important, but this region has always been at the forefront of adoption.

That mobile payment usage has risen by more than 4 points among boomers in North America is more significant. Growth of 3 points in Europe is equally noteworthy. The rises might not sound substantial, but these regions have remained behind the rest of the world in terms of adoption, principally because of a lack of enthusiasm among older consumers.

We might of course question whether increased adoption has come because of necessity or out of choice, as boomers generally spent more time on their mobiles during the crisis.

Nevertheless, the pandemic appears to have boosted how boomers engage and interact with their smartphones, with many seeing it as a more diverse and flexible tool than before.

During lockdown, gaming was a welcome distraction for many.

For the most part, it was pre-existing gamers who were spending more time on this activity. But if we start to look at the picture through a generational lens, we see a very notable uptick for boomers.

Between Q1 and Q2 2020, there was a modest increase globally in the numbers who said they had gamed in the last month – from 84% to 87% (this covers everything from hardcore gamers to the casual smartphone player).

Look just at boomers, though, and the numbers grew from 57% to 65%. Coming after several quarters of little or no growth, that’s a substantial rise.

What’s particularly interesting here is that all devices might have recorded growth for gaming among this demographic, but it was PCs and laptops where it really accelerated.

Smartphones remain the most popular gaming device among this group.

This is partly because many gamers are at the casual end of the spectrum (playing via apps) and, as we’ve already seen, because these devices generally attract more attention.

But PCs / laptops are now a much closer second than they were before, with growth being especially concentrated in North America and Europe. During lockdown, this suggests boomers looked for more intensive forms of gaming than could be facilitated by their phones. But rather than investing in new technology (e.g. consoles), they turned to their PCs and laptops.

Boomers remain more attached to these larger devices than any other demographic (30% list them as their most important devices – more than twice the number in the younger groups).

This is a classic example of an adaptive behavior (using existing devices for a new activity) which now has the opportunity to establish itself as a permanent fixture. These types of shifts are key to understanding what the new normal looks like.

To explore these insights in full, visit our coronavirus hub and download our white papers. 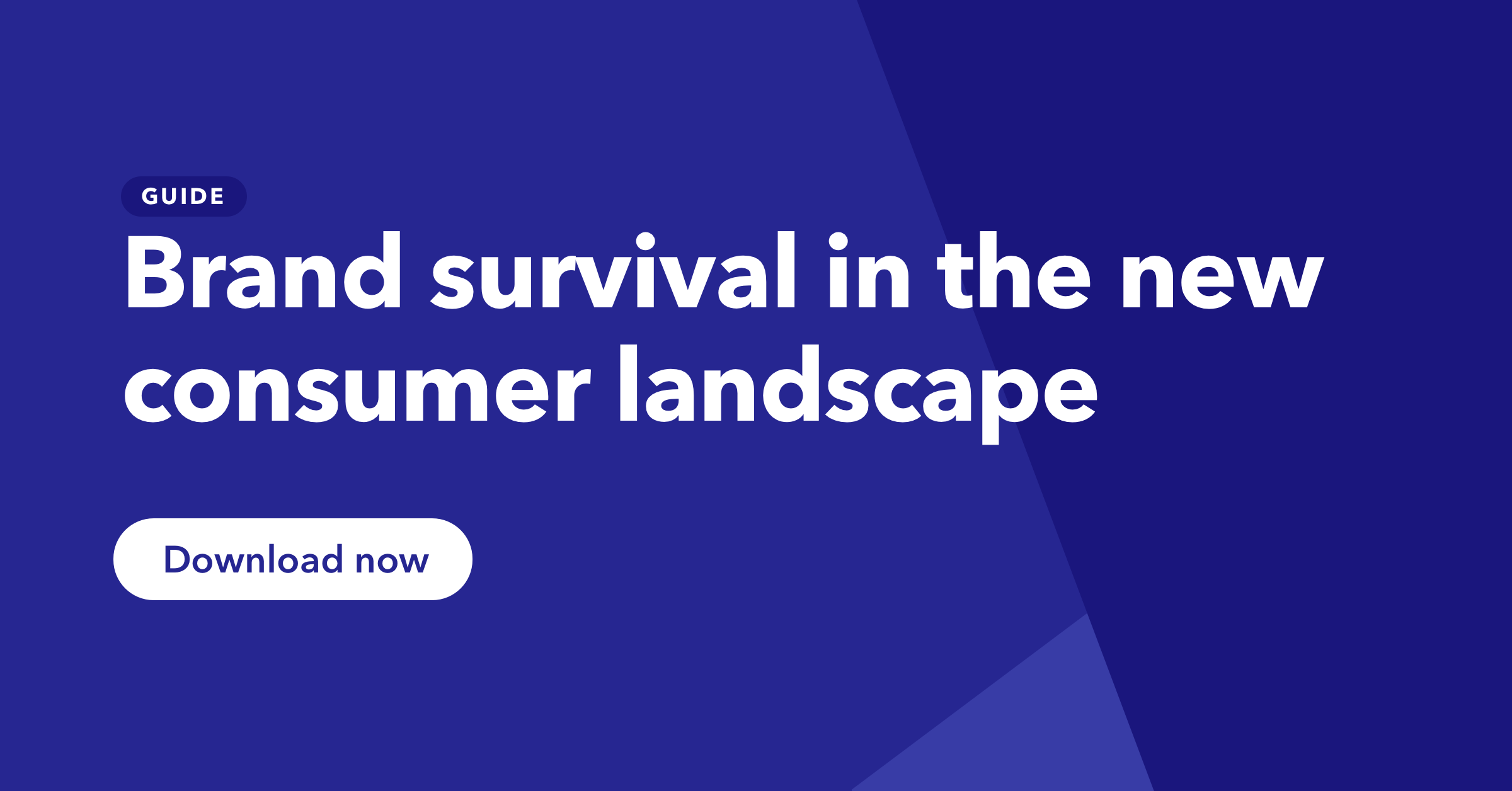