There are nearly 300 cities in China with 1 million or more people in them. Despite this, international brands tend to prioritize Tier 1 cities when looking to tap into the Chinese market.

Due to China’s enormous size and phenomenal economic growth, an unofficial tier system has been widely adopted by media publications in recent years to represent inter-city diversification including – among other factors – consumer behavior, income level, infrastructure, and business opportunity.

As part of our flagship survey, we ask Chinese respondents to select their home city. We then use our classification criteria to determine which tier these respondents belong in.

Tier 1 consists of Beijing, Guangzhou, Shenzhen, Shanghai, and Tianjin, however, it’s the emerging-tier cities which offer the biggest potential for growth in the coming years.

A report from PineBridge Investments refers to these up-and-coming cities as another “China-size iceberg of spending power coming online in the next 15 years”.

We took the time to look into how these tiers have risen to where they are today and how businesses can engage with these markets this year. Here are our key takeaways on emerging-tier Chinese consumers in 2020.

Despite contemporary challenges threatening China, such as the Hong Kong protests and U.S. sanctions, there has been a steady increase in positive attitudes toward the economy.

We asked Chinese respondents (across all tiers), how much they agree with the statement: “I feel positive about the global economy.” We then gave each response a score as follows:

Using this method, we got an average agreement score for each tier on this data point. As you can see from the chart below, since 2016 a positive economic outlook has risen steadily among the emerging tiers.

Interestingly, today the difference between tiers is far less substantial than it was 3 years ago. This positivity about the global economy is reflected in the spending habits of consumers from emerging tiers.

In terms of retail, while China’s biggest cities have the largest markets, China’s emerging-tier cities have posted double-digit growth in the past few years; way above that of larger cities like Shanghai, Beijing, and Guangzhou.

Ultimately, emerging-tier consumers also want the luxurious and affluent lifestyles that have long been synonymous with Tier 1 cities. This desire for status has been a key driving force behind Chinese consumerism, and will likely continue to be that way.

The Chinese consumer is 44% more likely than the average internet user to agree that they’re easily swayed by other people’s opinion.

A Deloitte report, which takes a deep-dive into consumer buying preferences in China perhaps best illustrates this situation by offering advice that new brands to China should: “be seen in first-tier cities, [and then] make money in second-, third-, and fourth-tier cities.”

A key way that brands can reach these profitable tiers is through ecommerce.

Our data found that consumers in emerging tiers are connected online more than ever before. Using the same “agreement” scoring method outlined in the previous chart, we were able to score how Chinese consumers across tiers “agreed” that they’re “constantly connected online.”

As seen above, a similar pattern of Chinese tiers merging together arose. Across China, no matter the city tier, the average respondent feels constantly connected online. This creates a fantastic opportunity to develop ecommerce in emerging tiers.

At a recent Worldwide Partners event we attended in Singapore, Humphrey Ho, managing director at Hylink digital, suggested that many Chinese businesses now often refer to consumers as “users” due to their constant online presence and subsequent data footprint.

Businesses are embracing the increasing number of “users” in emerging cities and are developing ecommerce channels in these previously under-developed destinations.

Effectively, Yunji lets small businesses sell their goods/services on its platform to reach online users. Small businesses, which previously wouldn’t have been able to afford the necessary infrastructure needed to reach emerging tiers, can now do so by piggy-backing off the Yunji platform. And the app is performing well: Yunji recently filed for a $200m IPO.

Another way brands are now able to reach emerging-tier users is through platforms such as Five Star Holdings. This company operates an ecommerce platform that targets less developed cities and also runs a logistics service called the Huitongda Network, which covers 17,000 villages and towns across 20 provinces.

Providers like Yunji and Five Star Holdings are making ecommerce in up-and-coming cities far more efficient and, as a result, are enabling brands to capture this growing demand.

3. Influencers are important to them.

Due to consumers in emerging cities having increased online connectivity, it’s now almost as easy to market to Tier 5 consumers as it is for their Tier 1 counterparts.

With China’s recent roll out of one of the world’s largest 5G networks, the quality and efficiency of this marketing is better than ever before.

A key way to target emerging-tier consumers is through influencers. Also commonly referred to as Key Opinion Leaders (KOLs) in China, social media has facilitated their growth into one of the fastest growing marketing forces in the country today.

20% of internet users in China find out about new brands and products by endorsements by celebrities or well-known individuals – compared to the global average of 15%.

In China, KOLs are huge drivers of sales. For instance, Li Jiaqi, a 27-year-old video blogger, known as the “Lipstick King” rose to fame after selling over 15,000 lipsticks in 5 minutes on Singles Day in 2018.

Jiaqi and other KOLs like him aren’t solely focusing on Tier 1 cities. Many produce localized content and, due to the sky-high costs of China’s mega east coast metropolises, are often choosing to relocate to emerging cities.

This is making such cities fashionable, priming them to become sophisticated and diverse destinations for luxury, fashion, and beauty brands in the future. In fact, in Chinese ecommerce there exists a term called Wanghong Chenghi which means “Influencer Cities”, highlighting the effect KOLs are having on these emerging cities.

This process has been so dramatic that data collected from Douyin (TikTok) reveals that Chongqing, Xi’an, and Chengdu were the app’s top three cities for video views last year; all three of which are Tier 2 cities, and Chongqing – in first position – had 1.5 times more views than 4th place Beijing.

It’s clear that social media has facilitated the rise of KOLs in China and that they‘re having a dramatic effect on emerging cities by making them more suitable places for brand marketing and ecommerce.

A major driving force behind the growing consumer demand in emerging tiers is the rising middle class wanting to emulate their Tier 1 counterparts. Fundamentally, the key to do this is through the luxury industry.

What’s more, 31% of internet users in tiers 2 and 3 want a brand to help them improve their image/reputation, this is slightly above Tier 1 where only 29% of respondents felt the same.

China is the biggest global market for luxury products and they bear the most obvious links to status. It’s no surprise then that they’re in high demand among the rising middle class in emerging cities.

Notably, the luxury industry in China has a very strong foothold in physical stores – more than 80% of luxury purchases still happen offline.

In a recent report, jointly released by the Boston Consulting Group and Chinese internet giant Tencent, it was found that more than half of all luxury consumers in China live outside the top 15 cities.

Luxury retailers have taken note with many recently opening stores in emerging tiers. For example, Gucci owners Kering SA recently committed to 14 new physical stores across China, including cities such as Dalian and Wuhan (both in Tier 2).

Brands are also able to take advantage of China’s incredibly efficient transport network. By opening stores in “cluster cities” they can exploit demand from several connected emerging cities and bring luxury brick-and-mortar stores to the masses.

China’s economy is growing. It has its challenges, but the spending power of the emerging tier consumer is immense and this ensures that businesses across all of China – both online and offline – will continue to grow.

Our unique data offers the perfect opportunity for marketers to analyze the habits of different tiers in China by profiling these separate audiences. Due to China’s enormous size and growth potential, it’s important that marketers recognize China’s societal nuances and our tier-based data shows you how. 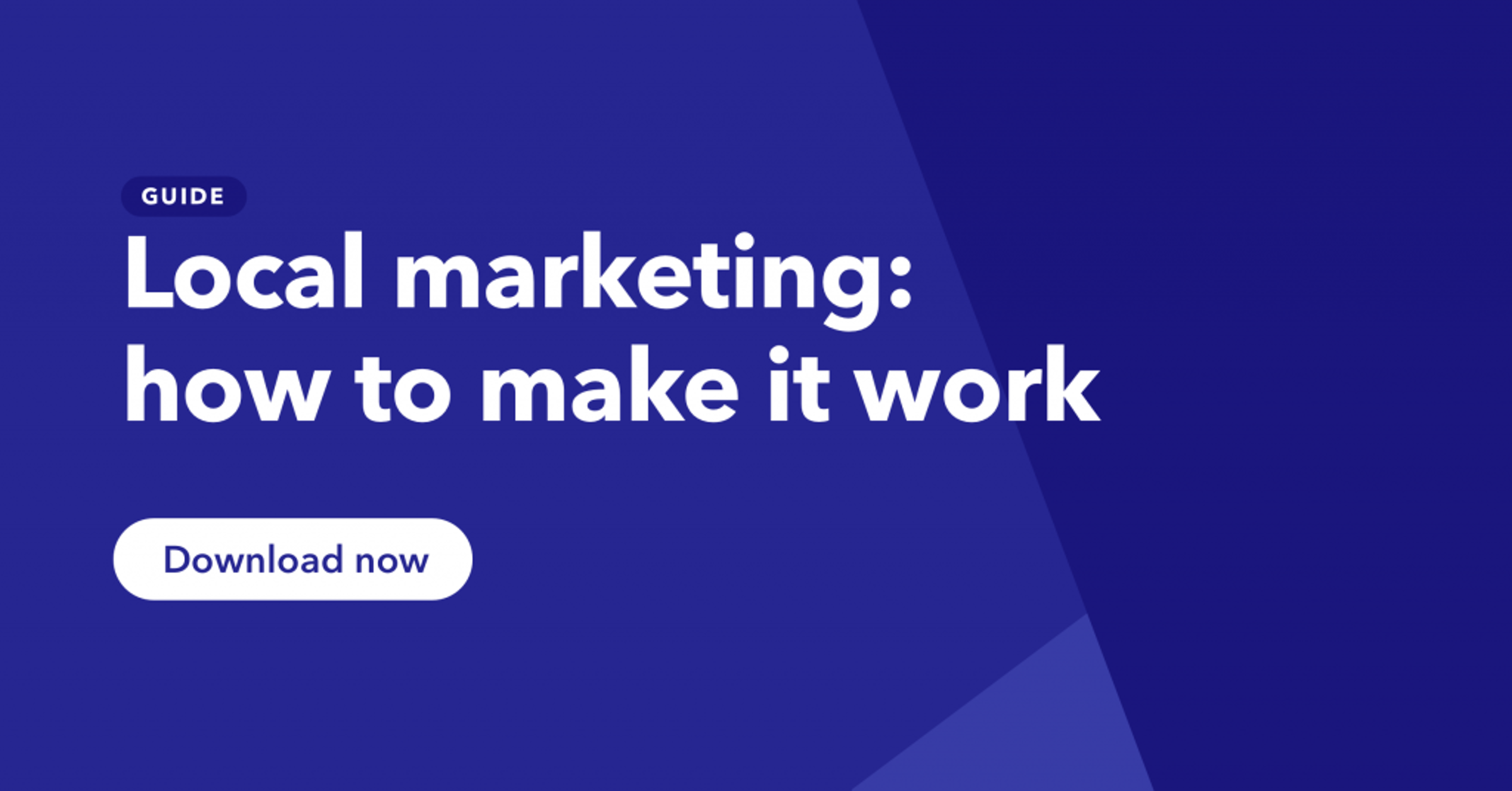 Please note, because the “Tiers” system is not officially endorsed, there are varying views about which cities fall into which tiers. In addition, with many Chinese cities growing rapidly in size, it is common for cities to move between tiers. As a result, we sought input from local experts on how to classify our 300 cities. For more information on these classifications, please contact help@globalwebindex.com. Due to the nature of online panels we’re unable to guarantee a representative sample within regions and therefore China Tiers. As such, this data is representative of China’s online population, not of each tier.