What to Know About the Most Connected Online Consumers

It doesn’t come as a surprise that internet users today are pushing the limits of on-the-go connectivity.

It’s probably even fair to say that people have practically become synonymous with internet users.

Virtually everyone connected online has a smartphone (95%) and is on social media (98%), spending an average of 3h 23m and 2h 26m on each, respectively.

This hunger for digital connection has translated into efforts to develop new infrastructures, providing faster and more efficient ways to stay online.

The next generation mobile phone network is already here, with Ericsson estimating that 5G networks are set to cover more than 40% of the world’s population by 2024.

In fact, in a bespoke study we ran in December last year, we found that 37% of consumers in the UK and U.S. are keen to switch to 5G as soon as possible.

Major mobile brands have already launched their 5G smartphones, while 5G powered laptops are just around the corner.

We’ve used one of our 61 tracked attitudinal statements to profile those who strongly agree they’re constantly connected online to shed light on some of the most pressing questions people have about these consumers.

1. Who are the constantly connected online?

A quarter of the internet population worldwide can be categorized as constantly connected online. This figure is as low as 5% among 55-64s and as high as 31% among those aged 16-34.

When compared to the average internet user, the highly connected are 80% more likely to fall into our aspirational ¹ attitudinal segment.

8 in 10 are very career oriented, while 6 in 10 think money is the best measure of success.

They are most likely decision-makers at work (35%) and as such, are a lot more likely to travel for business purposes – both domestically and abroad.

They are 32% more likely to have a medium or long-haul business trip abroad, and a fifth of them embark on these trips at least every 6 months.

2. How do they spend their time online?

Internet users who are highly connected spend an average of 8h 33m online each day across their mobiles, PCs, laptops and tablet devices.

This is around 1h 43m longer than the average internet user and most of this online time is devoted to social media.

In fact, social networks account for 40% of their online time every day, with Facebook being their go-to platform.

More than half of those who are constantly connected online outside of China visit Facebook and YouTube more than once per day.

However, if we look at the youngest representatives – 16-24s – YouTube emerges as the top platform used more than once a day (59%), while Instagram and Facebook rank second (50%).

And although the most highly connected users have a higher tendency to be on social media because of fear-of-missing-out (FOMO), this is not what primarily dictates their time spent on social platforms.

First and foremost, they are most likely to be on social media to stay up-to-date with news and current events (54%) and to find funny or entertaining content (52%).

By comparison, only around a third say they use social networks to make sure they don’t miss out on anything or because a lot of their friends are on them.

This is an audience that can be engaged with video content on social media.

They’re 39% more likely than the average YouTuber to have watched a video or ad made by a brand on the platform in the past month, with 4 in 10 having done so.

3. Are they disconnected from offline media?

The constantly connected online consumers are far from disengaged with offline media.

Rather, they’re multi-connected users, tuning in for an average of 14h 17m every day across all types of online and traditional media we track.

When it comes to offline entertainment,

It’s a testament that linear forms of entertainment like TV still retain a central role in these consumers’ lives, even when they’re highly engaged online.

Perhaps most striking is that they spend around 30 minutes longer playing on games consoles each day.

And while that might involve going online, only 16% who say they use their consoles to access the web, and only 7% used it to watch subscription services such as Netflix in the past month.

This illustrates that despite frequent claims that the internet is taking people away from other media formats, most are holding their own.

The fact that 44% of this audience play games while watching TV helps explain why this might be the case. It shows that second-screening plays a big part in doing activities simultaneously rather than sequentially.

4. Are they conscious of their digital wellbeing?

Given that 7 in 10 highly connected users report feeling more insecure without their mobile phone than their wallet, it’s clear that smartphones are an integral part of their lives – more so than the average consumer.

But these users are not oblivious; they’re well aware of the perils of excessive use of technology on their overall health and wellbeing.

26% more likely to suffer from migraines and 22% more likely to be suffering from mental health conditions, the constantly connected are now actively seeking techniques to establish healthy habits online.

In fact, our research shows they tend to be a lot more conscious of their digital wellbeing than the average internet user.

31% of them say they have tracked their screen time or set limits for certain apps on their mobiles in the last month, and they’re 35% more likely to have done so.

And although this figure decreases with age, a substantial proportion (23%) of the oldest representatives are still conscious of their screen time and have taken action to limit it.

The launch of Android digital wellbeing tools and iOS screen time functions is just the beginning, and we’re likely to see more and more developments in this space soon.

5. What kind of advertising engages them?

As we’ve already covered the highly connected online adults use an array of media channels (digital and traditional) every day and have an above-average tendency to track their screen time.

All of these habits clearly translate in the way they discover and engage with brands.

We know this group is more likely to discover brands via TV ads (38%) than social media ads (35%), which are the second and third-most prominent channels after predictably popular search engines.

But looking at their second-screening behaviors reveals 74% of these users are actually on social media while watching TV, so it could be the case that this group finds out about brands via TV and social media ads simultaneously.

As well as this, they’re 35% and 28% more likely to discover products via posts or reviews from expert bloggers and celebrity endorsements, respectively.

Influencer marketing can be an effective way to reach these consumers, since 74% of them say they always like to seek an expert opinion before purchasing something.

Brands need to keep in mind that being highly connected online means that these consumers are exposed to all kinds of advertising throughout their day-to-day.

But it’s important not to forget that these are aspirational consumers with online reputations to maintain.

Brands that are keen to push these consumers along the sales funnel will have to cut through the noise by tapping into their image-conscious mindset and providing them with products designed to help enhance their online persona.

¹Aspirational are internet users who somewhat/strongly agree with the statement that they always strive to achieve more in life, as well as strongly agreeing with at least two of the following statements: I am very career orientated; It is important to me to continue to develop new skills throughout life; I like to challenge and push myself to be the best I can be in life; Money is the best measure of success; You should seize opportunities when they arise. 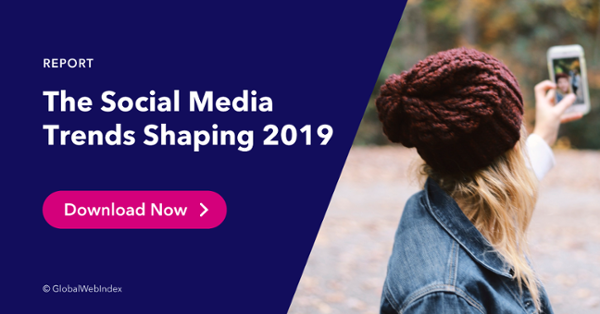