A new consumer mentality: learning to live with COVID-19

At this stage in the pandemic, COVID-19-related news features some pretty stark contrasts.

As Disneyland reopens in California and parts of the UK get ready to rave, coronavirus cases in India account for nearly half of worldwide infections.

There’s still a lot of uncertainty over how the pandemic will play out. Successful vaccine rollouts have curbed death rates in many markets, but the possibility of new variants in countries with low supplies can’t be overlooked, and policymakers in advanced economies shouldn’t turn their backs on international challenges.

While the global picture is incredibly complex, we offer some insights into how consumer attitudes are changing in the U.S. and UK – two countries that have vaccinated over half of their adult populations and begun easing restrictions.

This provides some indication of what other markets can expect as their own immunization plans take flight.

Our trended data allows us to map out perceptions around the pandemic, and an initial glance reveals how wrong some of our early ideas were.

At the very beginning, more U.S. and UK internet users were concerned about the virus in their country than expected to live with it for over 6 months.

COVID-19 was a nightmare for consumers, but predicted to be a short one.

Then, length estimates and concern levels climbed steadily, which seemed to suggest the two were linked: the longer we imagined the outbreak was going to last, the more concerned we were about the nation’s situation.

Yet, a paradox has emerged over time. Time predictions remain relatively high, whereas concern has now fallen below March 2020 levels. What was once a bad dream has now relaxed into a long-term reality, and consumers aren’t as scared of it.

As early as May last year, historian Niall Ferguson argued that it’s better to imagine a ‘with-COVID’ world than a ‘post-COVID’ one, as the virus is just another disease we need to acclimatize to as a species. And this viewpoint appears to be spreading in this part of the world.

The focus has moved from anticipating a life without COVID-19, to adjusting to it.

Brands need to respond to today’s atmosphere of cautious optimism without rocking the boat, as despite being more hopeful, the majority aren’t treating the situation light-heartedly.

In fact, over a fifth of those who regularly travel abroad say ads that aren’t sensitive to COVID-19 would most negatively impact their view of a brand, with Gen Zs more or less on the same page.

It’s about striking the right balance. Our research shows consumers have generally welcomed COVID-related ads; but companies have to tap into national sentiment, which is currently looking forward to a stress-free summer.

Especially now scientists have coined the term “hygiene theater”, brands are being challenged for misrepresenting the virus’ risks and arguably playing on people’s fears.

Instead, softer ad campaigns like Google’s ‘Get back to what you love’ have gone viral and received a lot of positivity on social media, a hint that people here are eager to hear about the transition from virtual events to in-person gatherings.

Things are looking up in these countries, and brands can certainly benefit from entering discussions around COVID-19, as long as they remain sensitive to the moment.

A common narrative circulating about the pandemic speaks of young people suffering the longest without immunity, while facing the greatest economic woes of the pandemic.

There’s some truth to this. In March 2020, 29% of Gen Z and millennials expected the pandemic to have a big or dramatic impact on their personal finances, rising to 41% in our latest wave. Meanwhile, the figure for Gen X and boomers dropped from 31% to 27% within the same timeframe.

But this analysis alone doesn’t account for the large portion of consumers who have financially benefited from the pandemic, most of whom also skew young.

In contrast, older people are more likely to say the pandemic hasn’t had any effect on their bank balance.

This points to a K-shaped recovery, a post-recession scenario where one segment of the economy begins to climb back, as others continue to suffer; and this reality is being drawn across generational lines.

In this case, the clearest patterns emerge when we look beyond basic demographic profiles.

Those in businesses with 250 employees or less are more likely than those in larger companies to have experienced diminished savings and a decrease in spending on both everyday and major purchases. They’re also the least likely to have seen an increase in these areas.

A similar pattern occurs when we compare a group of retail and hospitality employees to one based in IT, whereby a larger portion of white-collar workers have profited. Likewise, despite over a third spending more on everyday purchases, mothers are more likely than average to have seen their income or savings decrease over the last year.

Rather than targeting a whole generation, this analysis points to key parts of the population that COVID relief should be directed toward, and the groups that have the most disposable income.

America’s latest $1.5 trillion package is earmarked for left-behind workers and is to be funded in part by taxes on those who have accumulated a lot of wealth. And there are many ways large companies can prompt spending among consumers with additional savings in order to support those still on a downward trajectory.

Food box service Gousto has featured the recipes of a select group of independent restaurants in its weekly kits, meaning customers can now support eateries beyond their doorsteps and tip via TipJar.

Clever initiatives that encourage the pandemic’s beneficiaries to splurge will help those on the lower end of the curve bounce back, ultimately boosting the economy and society’s faith in the political system.

In the case of important life decisions, the impact of age is more profound.

Over the last decade, young people in the West have increasingly been delaying key life events that typically symbolize adulthood, and the pandemic has sharpened these trends.

While some have been inspired to change jobs or move out of the city, those without the means have been forced to put their dreams on hold.

Banks can play a role in improving financial literacy, particularly as Gen Z and millennials in these countries are 17% less likely to say they’re good at managing money than their elders.

Chase Bank, for example, helps wedding planners set realistic budgets so they don’t have to forgo the luxury of either a marriage or mortgage – a cultural dilemma Netflix has already capitalized on.

Social disruptions aside, across all generations large purchases, home renovations, and everyday spending have been affected the most.

The higher a consumer’s income or education level, the more likely they are to say they’re delaying home renovations.

Though, these figures are generally consistent across age and gender brackets, which bodes well for the construction industry. The sector’s output is now projected to be greater than in 2019, and high levels of demand augur a speedy recovery.

In a similar vein, 1 in 4 are still delaying buying large items. But in this instance, the leading storyline is how much attitudes have changed over time; as when we asked a similar question in July, well over half of the online population was postponing these kinds of purchases.

Experts have already revised their forecasts for economic performance in the U.S. and eurozone, which are now expected to see a return to pre-COVID levels by the end of this year. And our research shows hesitancy to spend is quickly decreasing in this part of the world, with the majority spending the same or more than they did before the storm.

At the end of the day, most scientists think the coronavirus will become endemic and continue to circulate in pockets of the world for years to come. But the effects on our lives will become increasingly less severe.

While we can’t assume that every emerging economy will attain the same recovery forecasts as advanced markets with exceptional monetary policies, this research highlights the resilience of consumer optimism, and the widespread determination to adapt until COVID-19 is reduced to just another note on humanity’s disease register. 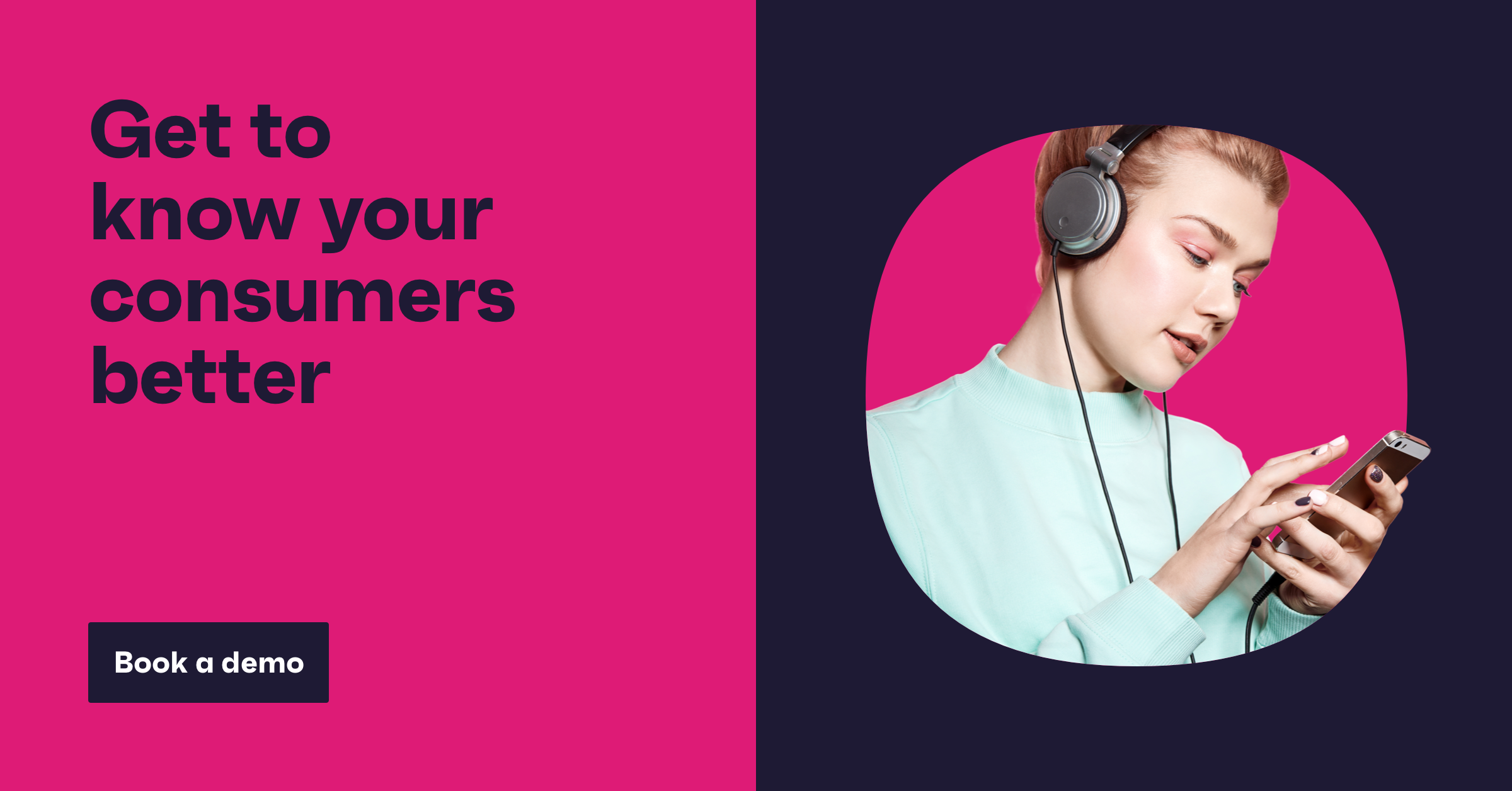