At present, 31% of single internet users globally are online daters¹.

This audience is characterized as 61% male and 39% female. Over the course of 2019 these numbers have shifted, with 2% more women and 2% fewer men.

Online dating has shown to be popular predominantly among younger audiences, with 85% of the online dating population under the age of 34.

The ratio of internet users who are online daters in Latin America, Europe and North America varies between the 25%-35% range.

Meanwhile, 42% of internet users in Asia are online daters. This high percentage could potentially be attributed to the tendency of Asian markets to adopt new technology more quickly.

On the other hand, only 14% of internet users in the Middle East and Africa are online daters. This stark difference could be due to cultural differences and/or different relationships with technology.

We’ve all been victim to an incident where one minute you’re talking to a friend about Valentine’s Day plans, and suddenly you see a Valentine’s Day-related ad on your phone. What a freakish, not-so-coincidental, coincidence!

With more brands turning to consumer data as a resource, consumers have become increasingly aware of the information they’re sharing online and maintain a level of skepticism around how their data is being used.

While the internet age has connected everyone across the globe, online daters are especially keen on maintaining privacy online, and don’t necessarily want technology and the internet to be embedded in every aspect of their lives.

67% of online daters say the internet makes them feel closer to people.

But, 63% of these daters are also worried about how their personal data is being used by companies, and are concerned about the internet eroding their personal privacy. Over half of this audience even prefers to be anonymous when using the internet.

Over the past year, privacy concerns have steadily been mounting, along with the belief that the internet makes daters feel closer to people.

People are often especially skeptical of dating apps and services for safety and security reasons in light of constant news articles about people being ‘catfished’.

These incidences happen when someone creates a fake profile to take advantage of unsuspecting users, who may be at risk of danger when meeting up with the person they met online in real life.

India has the second largest online dating population in the world.

Over the past year, 4% more women and 4% fewer men have participated in online dating. This shift in online dating gender distribution could be in part due to recent efforts of various dating apps such as Bumble and Tinder to make the online dating experience in India safer and more empowering for women.

81% of women online daters in India are privacy conscious.

Due to high safety concerns for women in India, privacy is an extremely crucial matter, and online dating is no exception.

Culturally speaking, India has very traditional relationship and marriage standards, with online dating being a relatively new phenomenon that is still highly contentious.

When Bumble entered the Indian market in 2018, the company recognized the security risks if operating in India and wanted to find ways to foster a safe environment for users.

They conducted research on the ground to learn what attributes their consumers wanted in an online dating platform and made the necessary changes.

Some new features that cater to the dynamics of this market specifically include the option for women to only list their first initial instead of their full name on their profile, various ways of reporting through the app, and photo verification (a global feature).

Echoing the measures taken by Bumble, Tinder had a similar approach to entering the market in India.. They introduced a feature at the end of 2018 that allowed women to prevent certain men from contacting them, regardless if they “matched.”

Where demographics come into it: analyzing older online daters

Every company seems to be asking the same question: how can we better target younger consumers?

But with all the excitement over younger consumers, older audiences are sometimes forgotten.

In spite of this, in the past month, 52% of online daters between the ages of 55-64 have used dating and friendship apps – 4% more than the number of users who are on music apps.

Hinge recognized this gap in the online dating market and sought to differentiate itself in a way that would better appeal to older audiences, based on the assumption that this cohort might be more keen on seeking out serious relationships.

In an attempt to make matching a more intentional and thought-out experience, Hinge eliminated the “swipe” aspect that most dating apps use and limited the number of potential matches per day.

Profiles aimed at older users are even meant to foster closer, more immediate connections by asking users to answer personal questions up front, so people can better gauge if they’ll get along with the person without any barriers.

76% of online daters agree that family is the most important thing.

This belief is strongest among 45-54 year old daters, a group that is often at a family/relationship-oriented stage in their lives. It makes sense then, that people interested in starting or nurturing families are a strong target for apps that prioritize serious relationships.

The League is another dating app that aims to foster more meaningful relationships. The app requires users to have LinkedIn profiles, and only allows a certain number of users to have active memberships at a time – making the online dating experience more exclusive.

This app taps specifically into audiences who share professional goals and ambitions, prioritizing these attributes over family-oriented ones.

And while many dating apps charge for memberships, Tinder sets different price points for different age groups. For example. if you’re under 30, Tinder Plus is $9.99/month; but for users over 30, Tinder charges $19.99/month.

18% of online daters 55-64 have paid for a dating service in the past month, compared to the 12%-14% of other age groups that have done so – perhaps speaking to a greater willingness among older users to spend money in the search for a potentially serious relationship.

In addition to socially responsible brands, online daters highly value brands that listen to customer feedback. So much so, they seek to have personal or one-on-one relationships with them.

By engaging with users through surveys and listening to customer feedback to make user experience more personable, online dating brands have potential to bring in more users and grow their business, especially considering 66% of this audience agrees that once they find a brand they like, they tend to stick to it.

That being said, 63% of online daters are still concerned with how companies are using their personal data.

It’s important to remember that the sense of community that develops from strong brand-audience relationships could potentially put consumers’ concerns regarding privacy at ease. 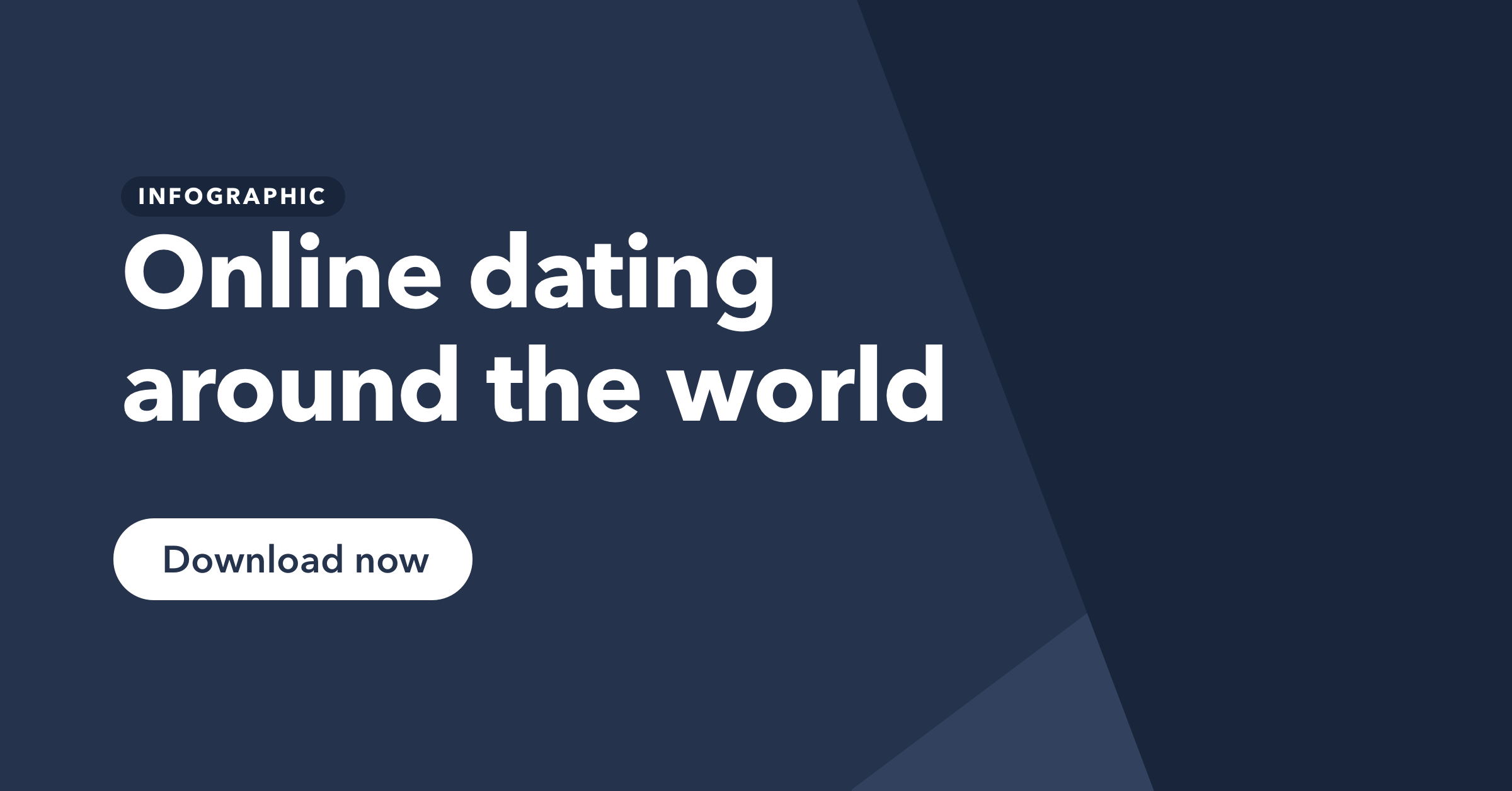 ¹Online daters are defined as anyone who has used an online dating app or service within the last month across any device or has used mobile or tablet dating and friendship apps.