In 2020, Parasite became the first foreign-language winner of Best Picture at the Oscars. It represented a milestone in Korean culture becoming more embedded in the West, something helped along the way by BTS, “Gangnam Style”, and most recently, Squid Game.

Helped by media platforms with global distribution – and renewed calls for diversity and inclusion – consumers are getting more comfortable with content from overseas. Viewers’ eyes are open to the new concepts and narratives offered by international shows.

As Greg Peters, Chief Product Officer at Netflix put it: “It doesn’t matter where you live or what languages you speak, this is about great storytelling.”

Streaming services are changing the narrative

First, some background. The pandemic has introduced more consumers to online TV, increasing the chances they’ll find shows more exotic than what they might find in their TV guide.

Despite the relaxation of lockdown restrictions, subscriptions to streaming services have gradually climbed, with the number paying for a movie or TV streaming service increasing by 15% since Q1 2020.

If you were watching TV in the early 2000s, you’d have struggled to find a South Korean TV series or Spanish TV drama outside the furthest reaches of cable schedules. Now, shows such as Money Heist (La Casa de Papel) have been viewed by 69 million households worldwide, an audience greater than the entire population of the UK.

Platforms like Netflix show that the rules of the entertainment game have changed in real time.

With 190 countries under its belt, Netflix is the most experienced in this kind of “local-global” content, and ​it’s been estimated that half of European content on Netflix and Amazon viewing could be non-English shows by 2030.

For younger consumers, this is all normal. Having been effectively raised on the internet, many don’t see geographical borders the same way they may have once been perceived.

In the UK and US, 76% of Gen Z/millennials watch foreign language TV shows or films, compared to 56% for Gen X/baby boomers.

This cultural softening among younger audiences means they aren’t always interested in localized versions of foreign-language media, and that they prefer their viewing experience to be explored and consumed in its local context.

What are viewers’ watching?

The implications of this change go far beyond just platforms though. As Squid Game demonstrated, shows that explode globally set off a whole host of memes, which offers opportunities for brands canny enough to tap into the cultural zeitgeist.

In the UK and US, two-thirds watch foreign language content.

Watched by over half of US and UK foreign content viewers, it’s TV dramas that have taken the world by storm.

Cultural references form a strong part of shows’ identities. Money Heist, through its red suits and masks, is a nod to the Spanish surrealist artist Salvador Dali. Squid Game took over the internet after its release in September 2021, a commentary on capitalist societies shown through South Korean children’s games. Games such as “red light, green light” formed viral online trends on social platforms like TikTok, and have been viewed billions of times by users.

Squid Game became Netflix’s biggest ever international series at launch, surpassing titles such as Bridgerton and Lucifer on its way to the top spot. But the virality of the show was not limited to its successes on the platform by numbers alone. O Yeong-Su (Player 001) won Best Performance by a Supporting Actor in a Series, Limited Series, or Television Movie at the Golden Globes.

Language learning app Duolingo reported that most interest in language learning was the result of key cultural moments. Korean was the fourth fastest growing language to be learned on the platform in the UK, and saw a 76% rise after the release of Squid Game. These kinds of global watercooler moments are disrupting existing markets, creating new audiences, and new business opportunities.

So what can we learn about consumers who lean into foreign content?

If we take the US and UK as our example, they stand out from the general population for buying tech products as soon as they’re available, buying the premium versions of products, and buying brands they’ve seen advertised. They’re also distinct for being career-focused, fashion-conscious, and affluent.

As they do when responding to most viral trends, future campaigns will likely prioritize quick wins in impressions and media coverage.

But as the spikes in interest for boiler suits and slip-on Vans following Squid Game’s release showed, there’s some bottom line potential too.

Bells should be ringing in the ears of brands ready to tap into this space, as with the right product and entry, they can access growing audiences that are ready to spend.

The fight for international titles

South Korean TV, music, and film are seemingly taking the world by storm. But it’s not the most popular foreign content of all – that title belongs to Japan.

With Squid Game’s success, the popularity of Japanese content has crept under the radar. 29% of foreign content viewers in nine markets consume Japanese media, and it’s actually the most popular non-English foreign media in the US and UK, and second in China, India, and Brazil.

So what’s the story behind it?

Japanese media has been a slow burner, but after a year of binge watching programs during the pandemic, US viewers have started to unlock the anime door. It’s one of the fastest growing TV genres in the US year-on-year, and as consumer interest grows, so does demand for new and old titles alike.

With more interest in Japanese titles in the US than media from South Korea, France, Italy or Spain, there’s a 10-figure battle emerging online. In August 2021, it was announced Sony’s Funimation Global Group acquired anime streaming service Crunchyroll from AT&T for a cool $1.175 billion, to boost their anime library. In November, Netflix picked up 30 Japanese titles from Nippon TV, as they identified the area as a key growth opportunity. We’re seeing similar trends emerging for European titles and producers too, with the battle for exclusive titles heating up fast.

Korean media may be picking up the trophies at the Oscars and the Golden Globes, but it’s Japanese media – particularly anime – that may have the biggest cultural impact in the long-run.

Subtitles vs. dubbing – lost in translation

When accepting his Oscar for Best Picture in 2020, Parasite director Bong Joon-Ho said, “Once you overcome the one-inch-tall barrier of subtitles, you will be introduced to so many more amazing films.”

There’s a lot to be taken from his statement; an underhand dig at outdated Western views on international film, to streaming services’ translations of foreign scripts. But what works in one country may not be desired in another, as dubbing and subtitling preferences vary.

In the UK and US, over 3 in 4 foreign language viewers prefer content to have subtitles, whereas in Germany, Italy, and France, over half would prefer content to be dubbed. Netflix’s algorithm currently defaults to dubbing, but this may not match with the wishes of all its viewers, especially younger audiences who strongly prefer subtitles.

But there are two sides of this coin to consider. Do producers have an intended way for foreign viewers to watch their show or film? Are viewers worried about missing out on meaning by not viewing the original version?

This is where the parallel trend of increased calls for diversity and inclusion really kicks in.

Foreign content viewers in the UK and US stand out for having an interest in other cultures/countries, being interested in politics and social issues, and liking to explore the world. If Squid Game is anything to go by, accusations of translation errors lessening the impact of messaging and character development can take hold.

Although it’s yet to hinder the successes of shows like Squid Game, addressing translation concerns may require the same significant investment as acquiring and producing foreign content in the first place.

The future of pop culture is global

Squid Game may have been lightning in a bottle; a unique coming together of factors that created one of the most talked-about shows of all time. But some of those factors are pretty much set in stone and are sure to create another breakout success. If platforms and brands alike are to grasp the opportunity, they should bear the following in mind: 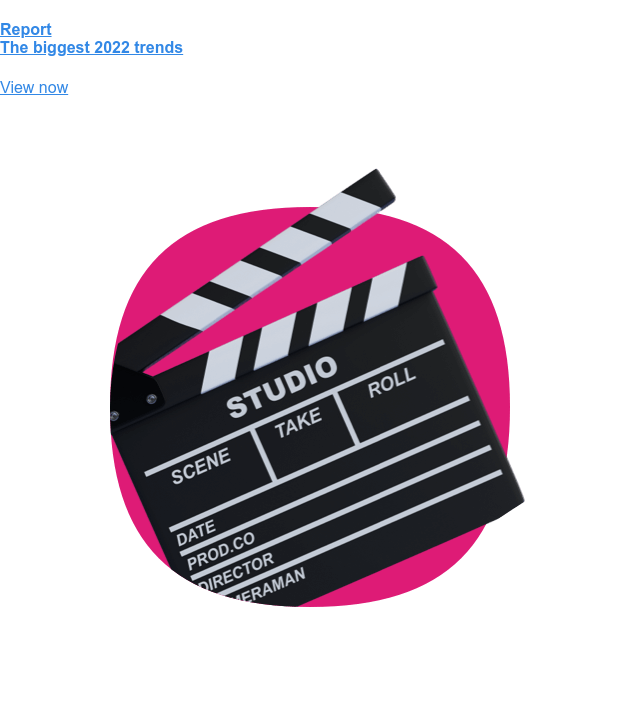