Giving back: consumers’ charitable behaviors in 2021

Millions of people rely on the work of charities and nonprofits – a sector that has been torn apart by the pandemic. Between volunteer hesitancy, the decline of carrying cash, the inability to plan or hold events, staff cuts, a lack of funding, and increased demands on services, the sector is struggling to provide the support that people need at a time when many need it the most.

Now more than ever, it’s important for charities and nonprofits to retain existing donors, and a key part of doing this involves understanding who they are.

As the sector continues to navigate this bumpy terrain, we take a look at consumers’ donating behaviors, what causes they care about, and how charities can connect with regular donors.

Regular donations dip slightly across many regions, but there’s hope on the horizon.

Across most world regions, the proportion of people  donating to charity regularly (i.e. at least once a month) has decreased slightly since the pandemic first hit.

In Europe, where donation rates are lowest generally, most countries have seen decreases in donations. Ireland sees the biggest drop from 46% in Q4 2019 to 39% in Q1 2021, followed by the UK and Spain. A survey of 260 charities in the UK found that more than half don’t expect to reach pre-pandemic levels of fundraising events by the end of 2021.

Some countries in Southeast Asia, like Malaysia, who were typically big monthly donors, saw a decrease from 61% to 49% during this timeframe. Still, most decreases have been relatively modest, so it’s certainly not all doom and gloom.

Rates of donations remain very high in countries like Egypt, Saudi Arabia, and Indonesia, where charitable giving is largely linked to faith.

On top of this, the number of consumers who say they never donate to charity hasn’t really budged, which shows the charitable base of consumers remains strong.

Many people are clearly willing to dig deep to give back to worthy causes, which is hopeful news for many charities and nonprofits. Past research in the U.S. also found that philanthropy tends to bounce back higher after times of recession.

But individual contributions simply aren’t enough to overcome the challenges this sector faces, stressing the need for more governmental and brand funding. 31% of regular donors want brands to support charities – they’re 20% more likely to say this than those who donate less often.

COVID-19 relief tops the list of important causes for consumers in India.

Using our June 2021 Zeitgeist data, run in the UK, U.S., France, Germany, and India, we get a clearer picture of what causes matter to consumers the most right now. This helps inform charities what causes people are more likely to donate to at this time.

Out of a list of 13 causes, the below chart covers the top 3 most important causes for consumers who support charities across these countries.

For most countries, COVID-19 relief doesn’t make the top three, except India, where it’s the most important cause. This may be down to the recent situation with COVID-19 in India.

Pew Research found that in March the number of India’s poorest people – those earning $2 or less a day – had increased by 75 million due to the recession brought on by COVID-19. To add to this, the vaccination rollout has been hampered by shortages and vaccine hesitancy.

In our research, consumer sentiment in India is similarly bleak:

In all other countries, the top causes people care about are homelessness/poverty, animal welfare, health/medical research, and the environment. Many of these charities were underfunded throughout the pandemic.

In the UK, for example, many charities felt excluded by the government’s funding, which was geared toward pandemic-related services, and increased donations toward NHS charities.

In its submission, the Association for Medical Research Charities (AMRC) says: “The overwhelming majority of medical research charities (97%) have not been able to access the government’s £750m support package or support for research-focused businesses.”

This left many other charities behind, like support for disabilities, animal shelters, or homelessness. So it’s reassuring that for many consumers, these causes are close to their hearts, and offer some hope for nonprofits in this space.

Understanding who regular donors are and what they value can help charities plan more effectively, and increase their chances of connecting with the right people.

Using our core data set, we can see younger generations are the most generous donors.

42% of Gen Z and 50% of millennials donate to charity at least once a month compared to 34% of boomers.

This is despite the fact that younger generations are more likely to fall into the lower income bracket.

Donating to charity is not as strongly linked to income as some might think – both low-income and high-income consumers donate regularly to charities.

Additionally, those who donate regularly to charity are 16% more likely than less-regular donors to say their personal finances will get better in the next 6 months.

Looking at some of the top over-indexes for regular donors also sheds further light on their altruistic values. 42% of regular donors say contributing to the community is important to them – they’re 21% more likely to say this than those who donate to charities less often. Regular donors also welcome the status, with many wanting to stand out in a crowd.

The way forward for charities is digital.

During the pandemic, many charities had to rethink their fundraising strategies. Turning to digital channels where possible has proven very effective, and is a strategy that should continue.

Last year, Muscular Dystrophy Canada (MDC), which didn’t receive any government aid, decided to turn its annual walk into a virtual one, asking donors to “do anything that is safe for you to do”, and raised $850,000.

Our data found 21% of regular donors say they use social media to support/connect with good causes – they’re 56% more likely than less-regular donors to say this.

Social media is also important for brand discovery across age groups – 23% of Gen Z regular donors discover brands via ads on social media, only dropping to 19% for boomers.

We also know that both younger and older generations are using mobile payment services, with the gap between them being quite narrow:

24% of global baby boomer regular donors have used a mobile payment service like Apple Pay in the last month, rising to 27% of Gen Z donors.

Digital channels like social media are key tools for charities to connect with donors, especially when the situation with COVID-19 varies significantly by country and in-person events might not be possible, or people are hesitant.

With all the uncertainty COVID-19 has brought this sector, being guided by consumer-led data is crucial. Data can help organizations better understand the populations they serve, what their unique needs and struggles are, and improve their campaigns and outreach. 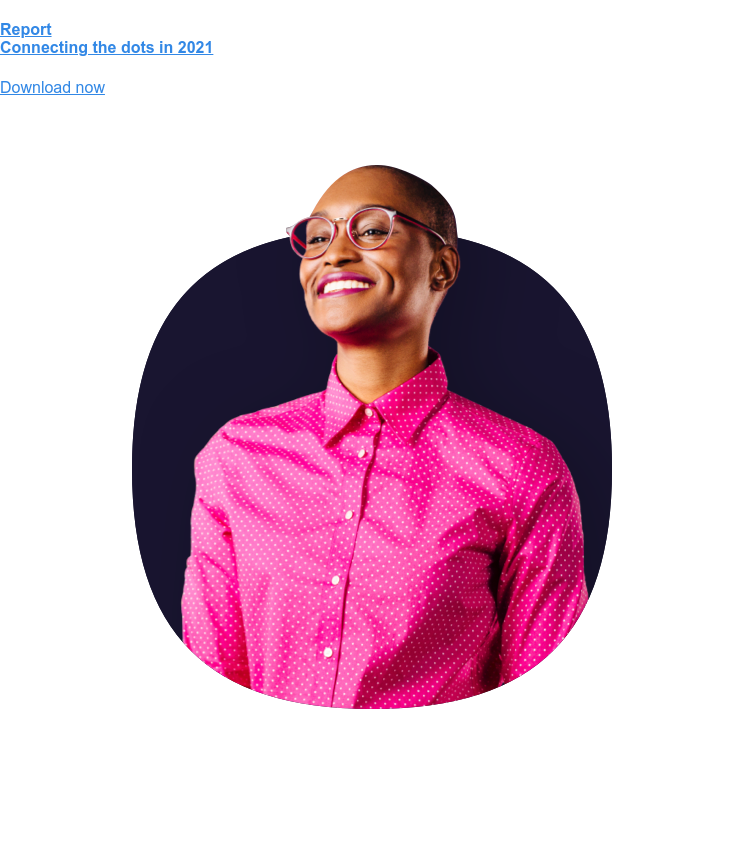