It’s hard talking to kids, especially if you don’t know them.

There’s always been a myth that being a teenager or ‘tween’ is just a phase – one characterized by self-indulgence and social media addiction. But this is an unhelpful generalization and our data challenges a number of these stereotypes.

Also, the attitudes expressed at this age are a good indication of how tomorrow’s consumers will think and act, and what traits are likely to set them apart.

GWI Kids, our new data set, colors in the grey areas by interpreting the thoughts and desires of our youngest audience.

This unique research goes beneath the surface to reveal how they really see the world around them.

While there’s a lot to say, this blog highlights four things we’ve learned about kids.

1. Their relationship with technology is complicated.

One cliché is that kids love technology and are confident using it. Yet, this oversimplifies their relationship with the digital world, which has different facets.

Today’s kids are using technology on an unprecedented scale. Alongside education, COVID-19 has pushed extracurriculars into the virtual realm as well.

And our data reflects these trends: talking to friends online is currently a more common after-school activity than actually seeing them in-person (42% vs 28%).

But just because kids depend on devices more than their elders once did, doesn’t mean they view them through rose-tinted glasses.

In fact, many young teens (12-15s) see technology as a double-edged sword.

While 60% say devices allow them to feel closer to friends, 58% either take breaks from using them or feel they spend too much time online.

As shown in our Core survey among adults, heavier users of digital media like social platforms tend to be the most concerned about its influence on their wellbeing.

If current patterns continue, demand for tools that can minimize the impact of contemporary internet usage will be greater among this generation.

In terms of feeling confident about going online, kids are split.

Around half of young teens say they know how to be safe on the web; and those who decide which apps they download are more likely to agree with this than those whose parents decide (55% vs 46%).

While we can’t assume they’re able to accurately evaluate their own safety, these figures indicate that self-assurance only comes with practice.

Rather than policing the amount of time they spend online and the content they consume, teens should be actively encouraged to think critically about their digital habits.

Key takeaway: Software and communication technology companies whose products are used by kids can help educate them by offering online guides or tech talks. For example, EdTech company Smile and Learn explains online privacy to kids in simple terms on its YouTube channel, with broadcasters like the BBC having created similar content in the past.

2. They’re increasingly aware of the world’s problems and uncertainties.

We can’t assume every succeeding generation will be more forward-thinking or environmentally-conscious than the last.

And even if they are, their methods could stray from the status quo.

In our latest wave of GWI USA research, 16-24s are the least likely to say they try to recycle as much as possible, but the most likely to wish their government did more to help the environment – which suggests more focus on structural, rather than individual, change.

While it’s too soon to put our finger on exactly how kids will go about driving change, they’re set to write their own chapter in the book of progress, given many are already invested in caring for the planet and protecting its people.

Our data highlights just how switched-on young teens are: caring for the planet and recycling are higher up the priority list than concerns typically associated with this age group, like caring about what their peers think of them (28%) and having the latest fashion (23%).

Teens’ altruistic attitudes also stand out. Helping people, equal treatment, and protection against bullying are all among the top five statements they describe as important to them.

And these beliefs only strengthen as they move up at school and their awareness increases.

More importantly, these ideas have developed into passions: 46% are either interested in the environment or climate change.

Increased awareness among kids is therefore only one half of the picture, with many wanting a slice of the action.

Over a quarter of teens say they mainly use social media to share information about causes they care about, a figure that also increases with age. This is another sign growing numbers aren’t willing to sit by the sidelines.

Ultimately, living and breathing these values should be every brand’s top priority, as high levels of commitment to social and environmental causes promise to strengthen future B2C relationships.

Key takeaway: Given how developed teens’ principles are at this stage, their purchase decisions in later life will likely be very purpose-driven. Younger kids are also making an impact; the majority of 8-11s either decide on the toys they buy or come to an agreement with their parents, and past research shows the latter are often challenged by their kids for unsustainable practices. Lego’s decision to introduce bricks made from recycled plastic was therefore probably as much about pleasing kids as parents.

3. They’re working to break up the boys club, but they need backup.

While some are naturally more outspoken than others, a pressing societal issue are the barriers faced by women.

Our Core research clarifies this imbalance: adult women are less likely than men to describe themselves as ambitious (-12%), career-focused (-9%), and confident (-6%).

But just as Veganuary gave momentum to the plant-based movement, International Women’s Day and campaigns like P&G’s ‘We See Equal’ are injecting more self-esteem into girls – and increasing emphasis on equal opportunities has clearly made an impact.

According to our data, girls are not only as likely to exhibit confidence as boys, they’re more likely to say they can do any job they want (57% vs 31%) and that voicing their opinions is important (47% vs 42%).

As things are, today’s girls have the potential to overturn the gender gap.

On the other hand, these stats could be higher; and the fact that only 3 in 10 boys feel they can chase any career spotlights a different problem.

Research has shown that, compared to the increasing number of women entering male-dominated occupations, the number of men in female-skewed fields remains very low.

Girls’ minds may be changing thanks to effective messaging, but programs should also cater to boys, many of whom could be disincentivized from crossing gender barriers later on.

Key takeaway: More initiatives should speak to kids, whose ideas are just starting to form. Role models should be the cornerstone of every approach and demonstrate that jobs on both sides of the spectrum have no gender. A good example is the AAMN’s campaign, ‘Are you man enough to be a nurse?’, which had male ambassadors go into schools to dispel stereotypes about care-givers – highlighting the need to celebrate boys who care alongside girls who code.

4. To them, influencers are ambassadors, not icons.

Unlike adults, teens are more likely to say they mainly log onto social platforms to see influencer content than brand posts, which highlights the level of reach they’ve attained.

Influencer followers are often characterized as image-conscious and they’re significantly more likely to say having the latest fashion is important.

But we shouldn’t end our analysis there. This group’s interests are varied and suggest how influencers can drive self-development.

Many followers are interested in being healthy (49%), nature (45%), and books (42%); and various influencers promote positive lifestyles. A number have started a TikTok trend called ‘BookTok’, helping kids discover new titles.

While celebrity culture has been linked to mental illness and materialism, its impact is often overstated. Most teens don’t think social media is an accurate reflection of people’s lives, so efforts to enhance kids’ media literacy haven’t been in vain.

Kids are also far more likely to say their role models are people in real life than famous people.

The New York Times described a series of high-profile missteps in 2020 as ‘a swift dismantling of the cult of celebrity’, as young people found it increasingly difficult to identify with the easy gloss of big-name influencers.

And we’re able to confirm a strong focus on the ‘everyday hero’. COVID-19 put inequalities into the limelight, and as we’ve suggested, kids sense these problems too.

In the current climate, traditional displays of luxury only threaten to drive a wedge between influencers and their young followers.

Key takeaway: The way a story is told or presented determines how well an audience relates to it, which is something content planners must bear in mind. Mattel’s team, for example, is carefully considering Barbie’s role as a spokesmodel and influencer. Not only are the dolls on its Instagram account far more inclusive than in the past, they’re often based on real people and given a voice – regularly promoting topics like meditation, arts and crafts, and diversity. 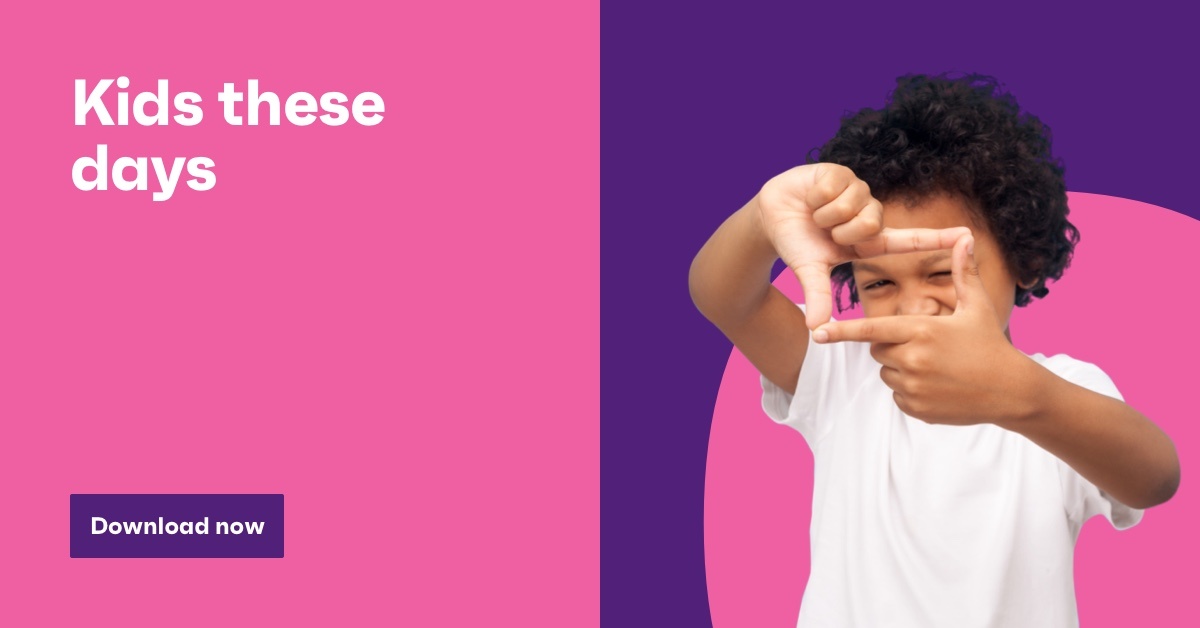